I remembered in 2015 when Adidas UltraBOOST 15 was launched, lots of people were dreaming to get one pair of the shoes including me and my intimate friends who were quite into sports. Then four yeas later, Adidas released another new cushioning shoes which can be on top of other models concerning the cushioning respect. Luckily, I got one pair of  this UltraBOOST 19 Refract  and be here to give the review and share with you my experience. 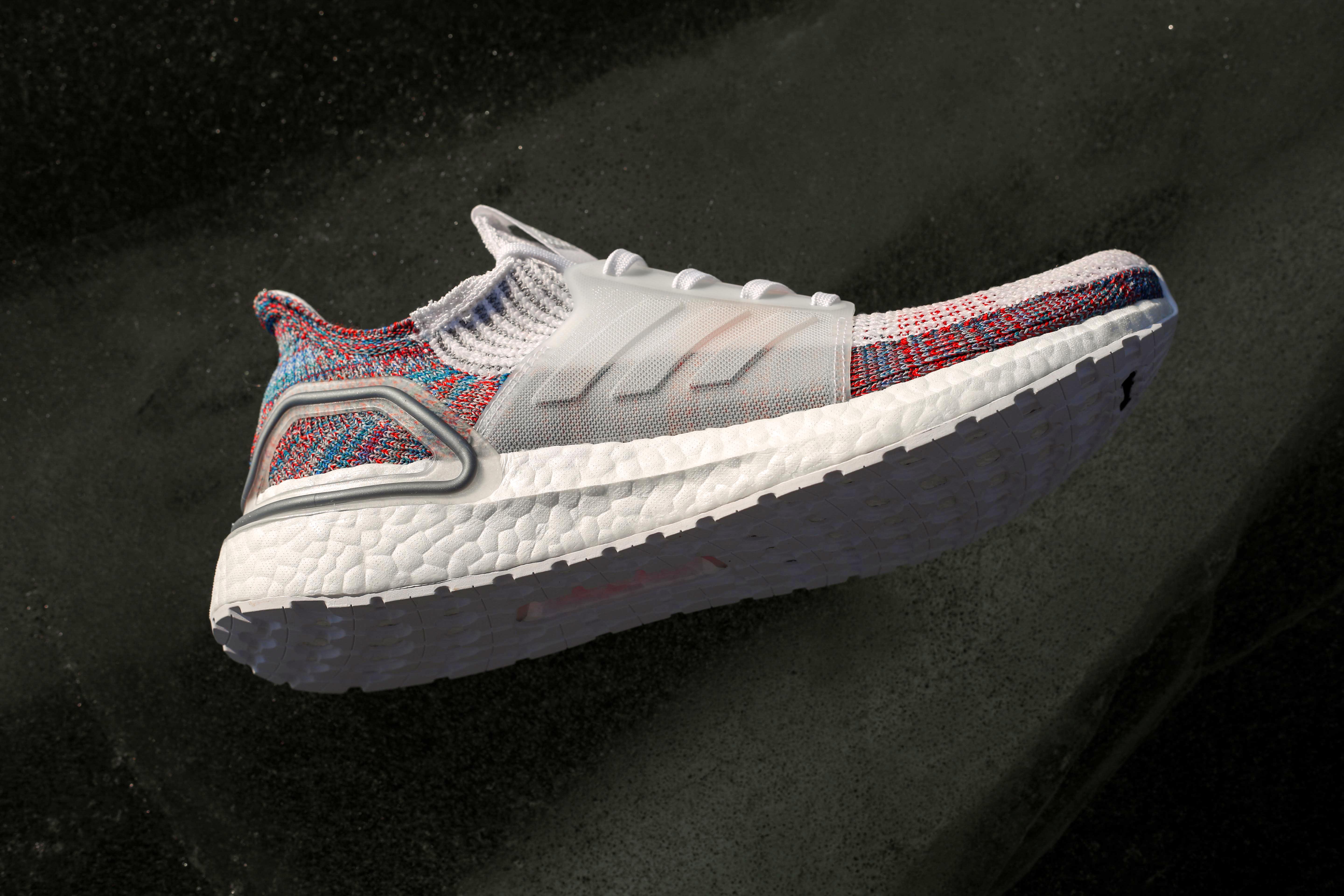 To begin with, I want to talk about the setups at the heel. Just imagine that how fantastic it is to wear a pair of shoes with neon effect at the heels. Awesome, isn’t it?! Now it is not a dream; the UltraBOOST 19 Refract can satisfy you. The 3D heel with stable structure is a highlight of the shoe. The heel of this limited colorway is designed with many thin, three-dimensional neon lines with hollow holes, as is shown in the images below. 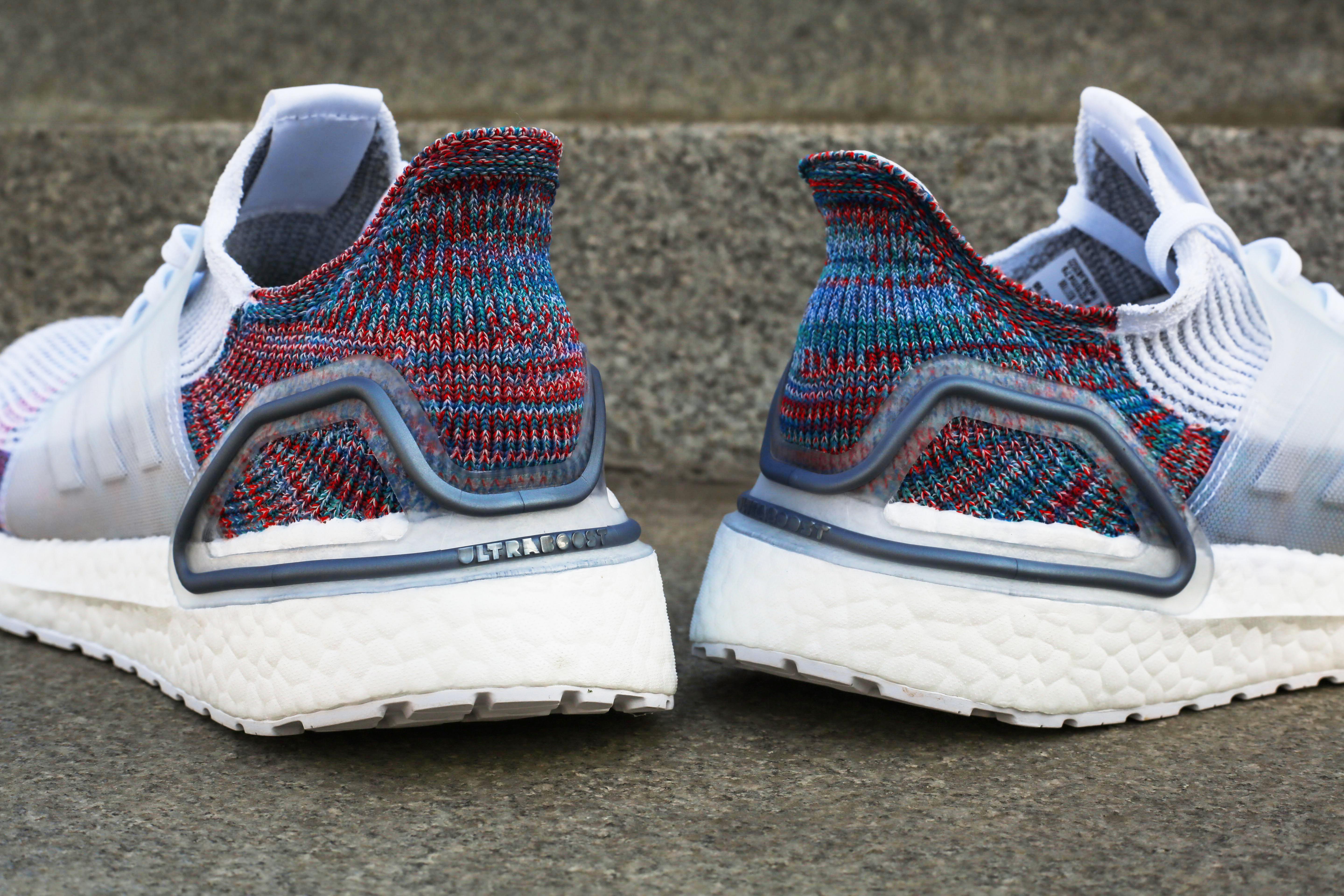 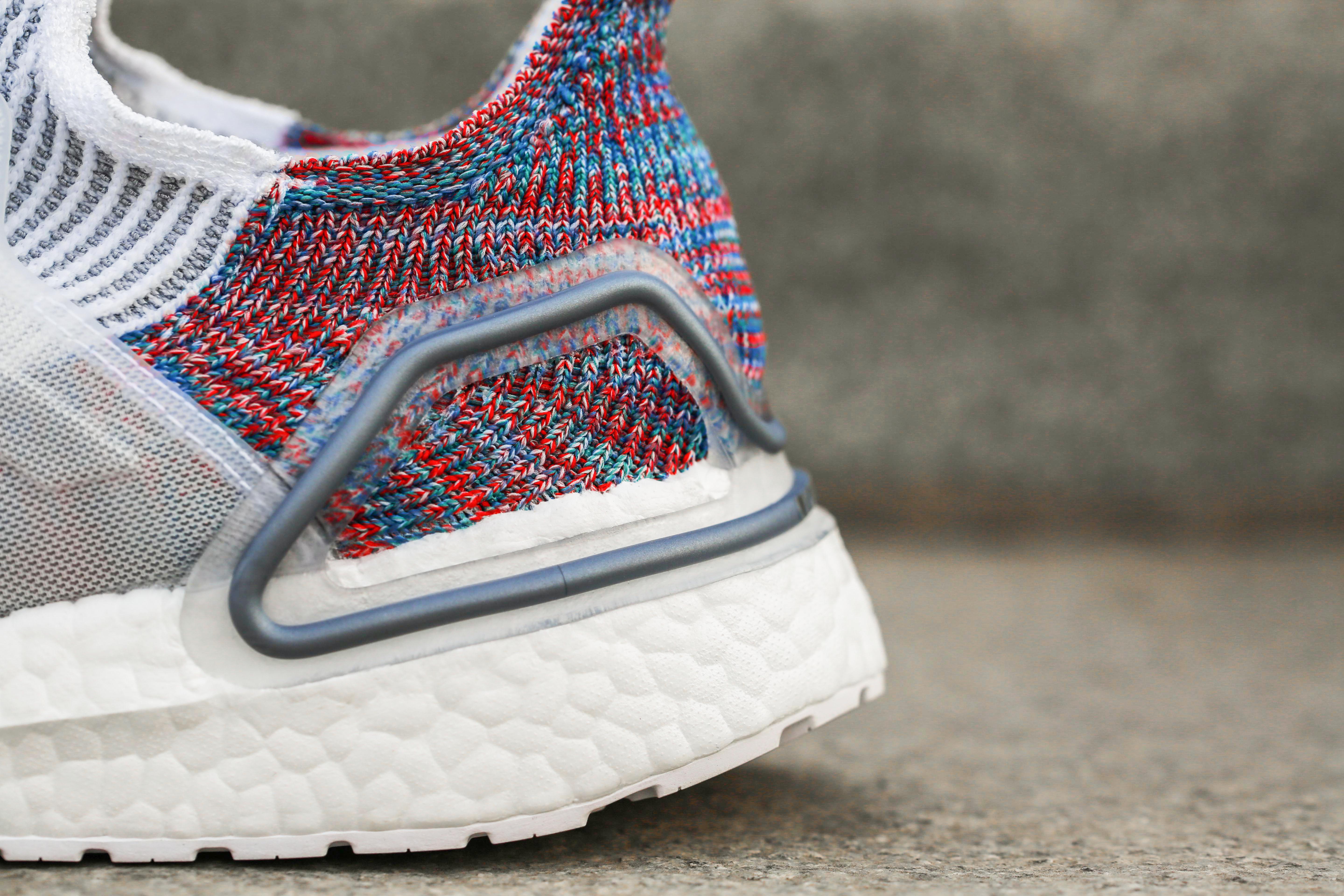 The design in the above picture is to  increase the stability of the heel:  it maintains the pace of the normal dynamic and makes landing more stable. 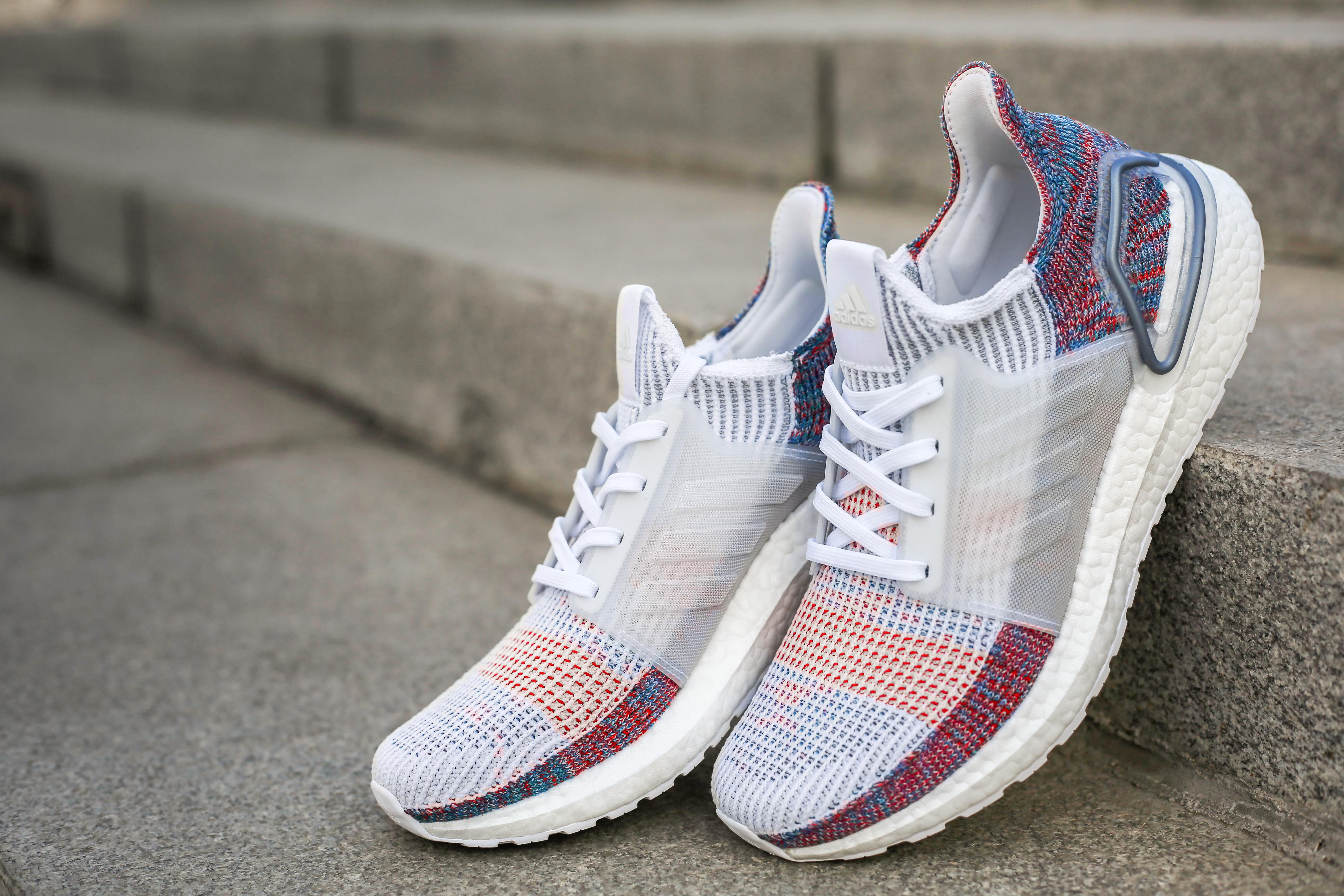 IN terms of the vamp, it is a one-piece knit upper: the Primeknit 360. The different colors of the upper make the whole shoe somewhat striking in appearance. The upper extends from the toe to the heel, making the shoes like a pair of socks. 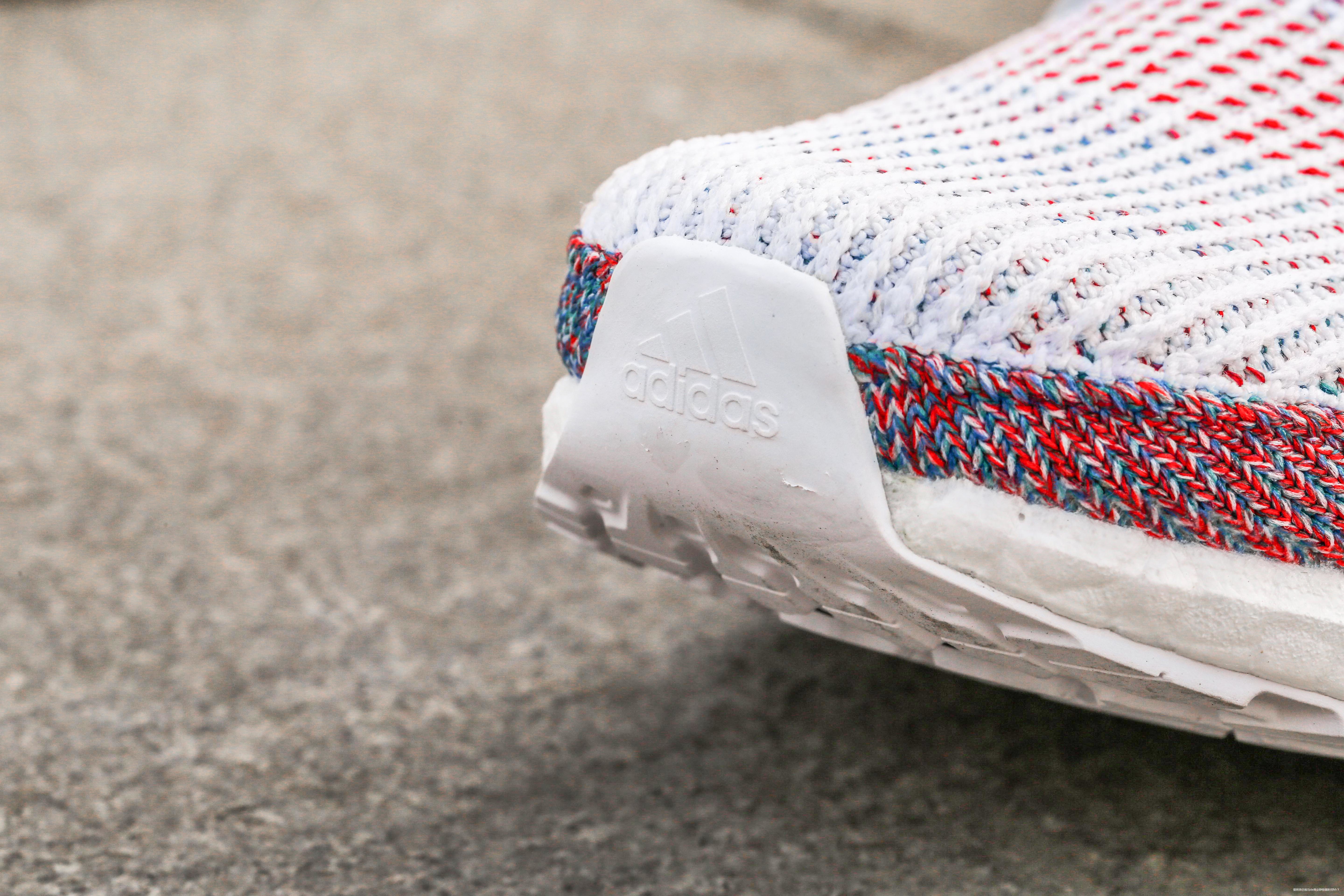 The Primeknit 360 is some kind of  a stretchable and breathable knitting technology that will not press your feet. Another merit is that the vamp is super breathable and elastic, so when there is stiff breeze, you can even feel it under your feet. However, this advantage may become a disadvantage on rainy days,so the shoes are not recommended under the circumstance. And simple as the upper looks, the craft is said to be quite complex. 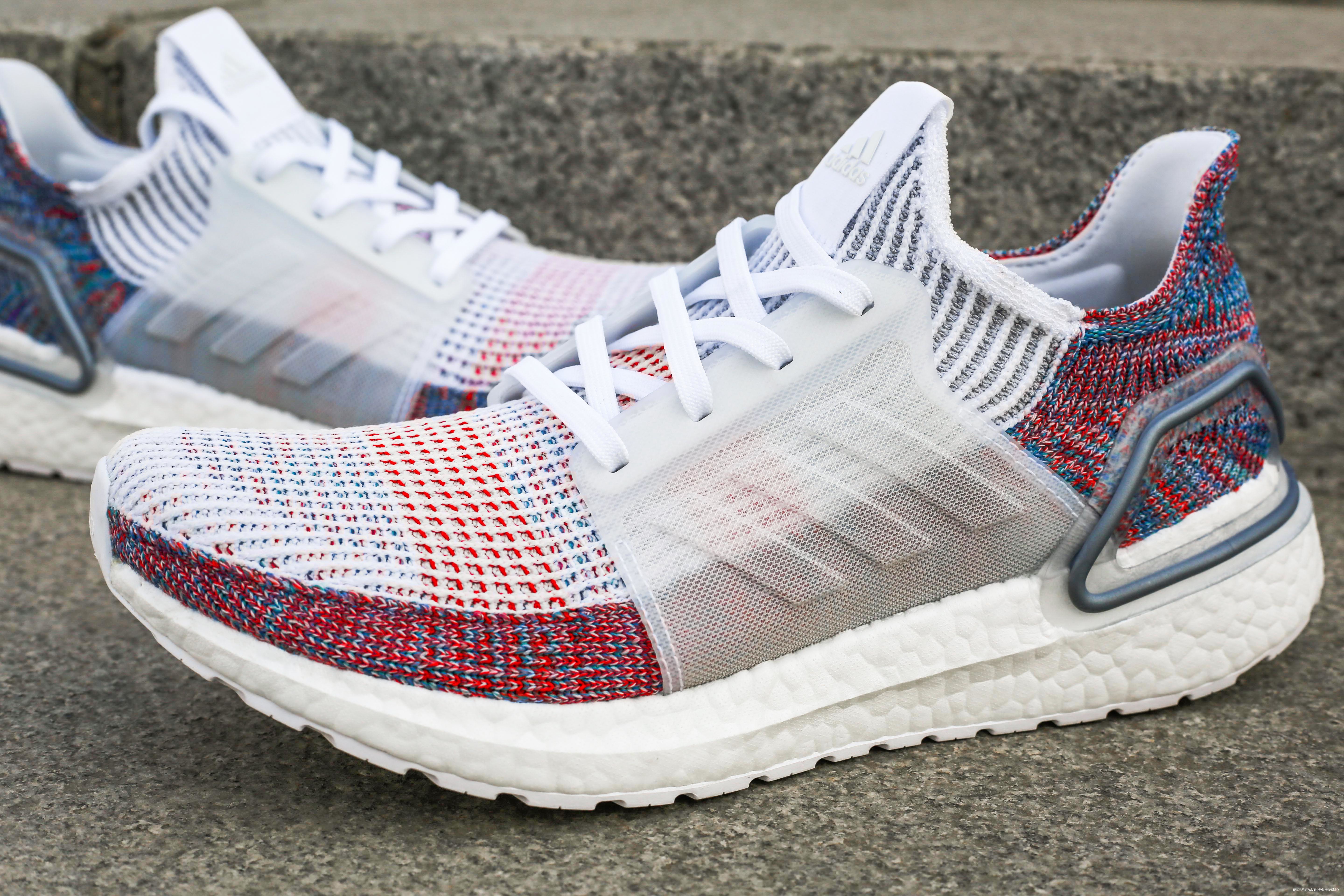 By observing the UltraBOOST 19 Refract carefully, you will find that there are two kinds of densities in different parts of the vamp. 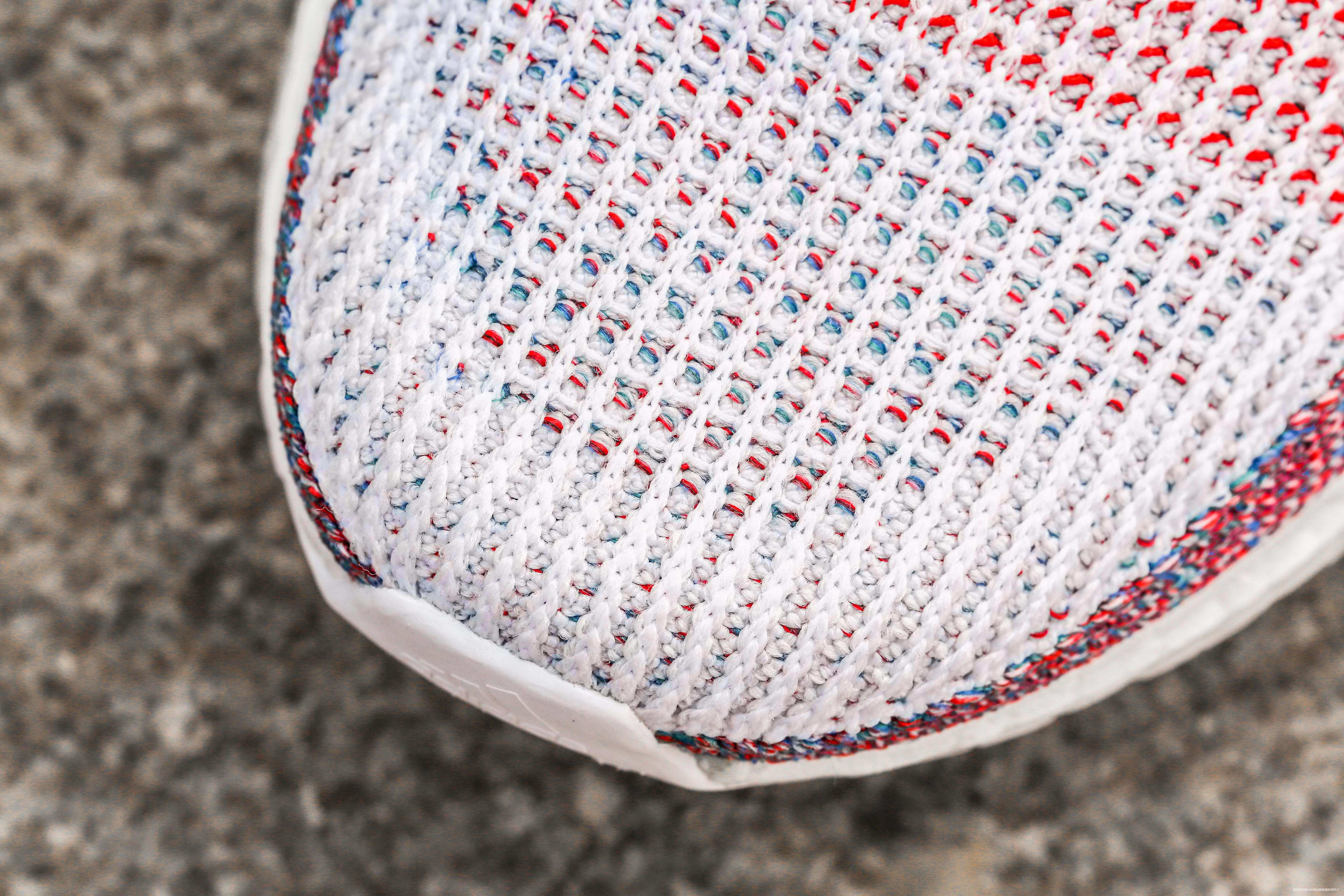 The craggy knitting in the vamp can enhance the three-dimensional feeling of the shoes. And the protruding white part and the dark red part, and the green and blue dazzle color line form a contrast with distinct convexity and concave.

The edge of the shoe is densely woven, and the weaving is also different from the vamp weaving technology. In contrast to the rough upper, the edge of the shoe is smooth and delicate. Besides, the compact weave supports the entire shoe and the internal setup called support shaping patch helps make a more excellent wrapping. 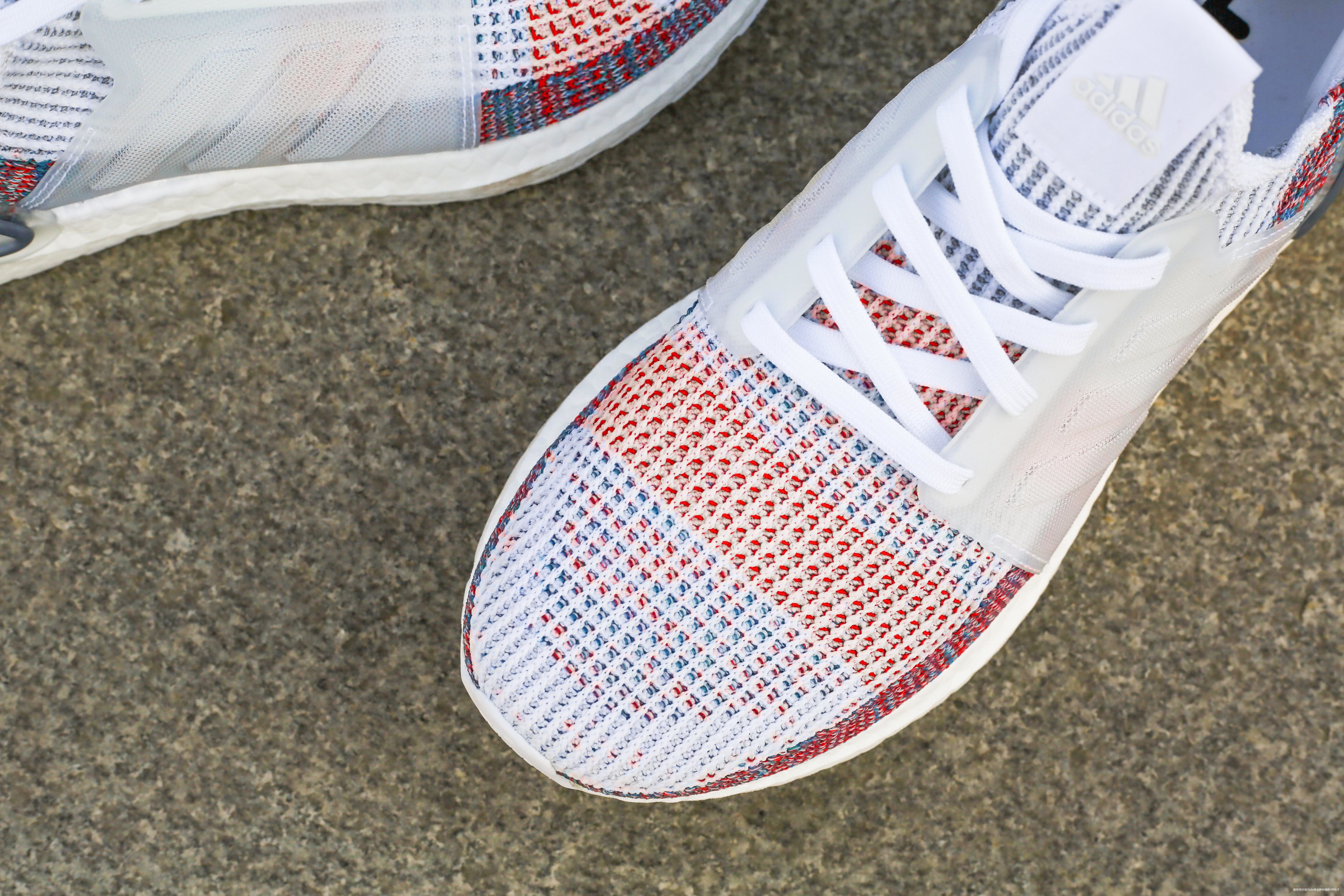 Observing from the observe, you will see that the red line is to the shoe what a “punchline” is to an awesome  essay”. But for the red lines, the shoe would look very monotonous. 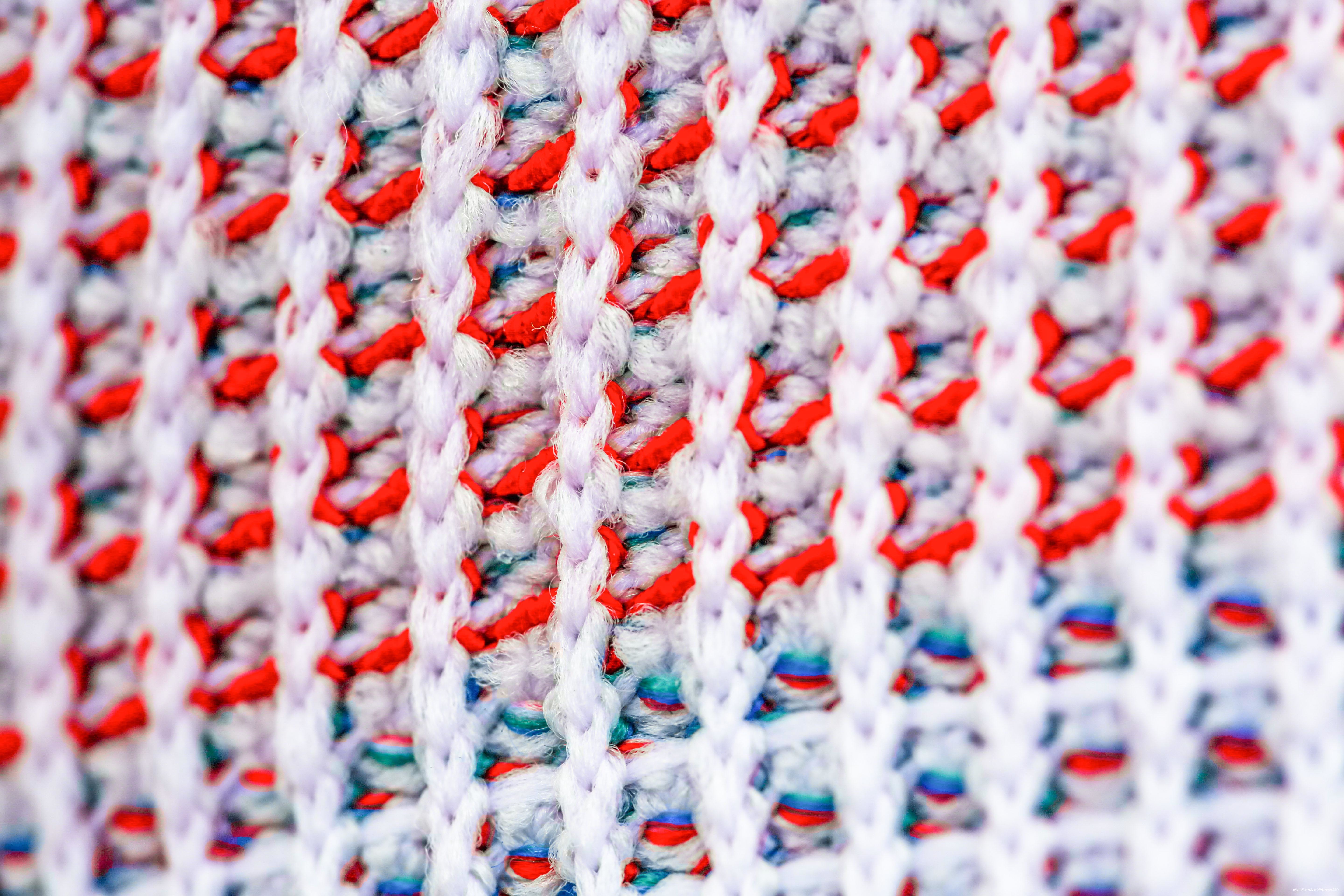 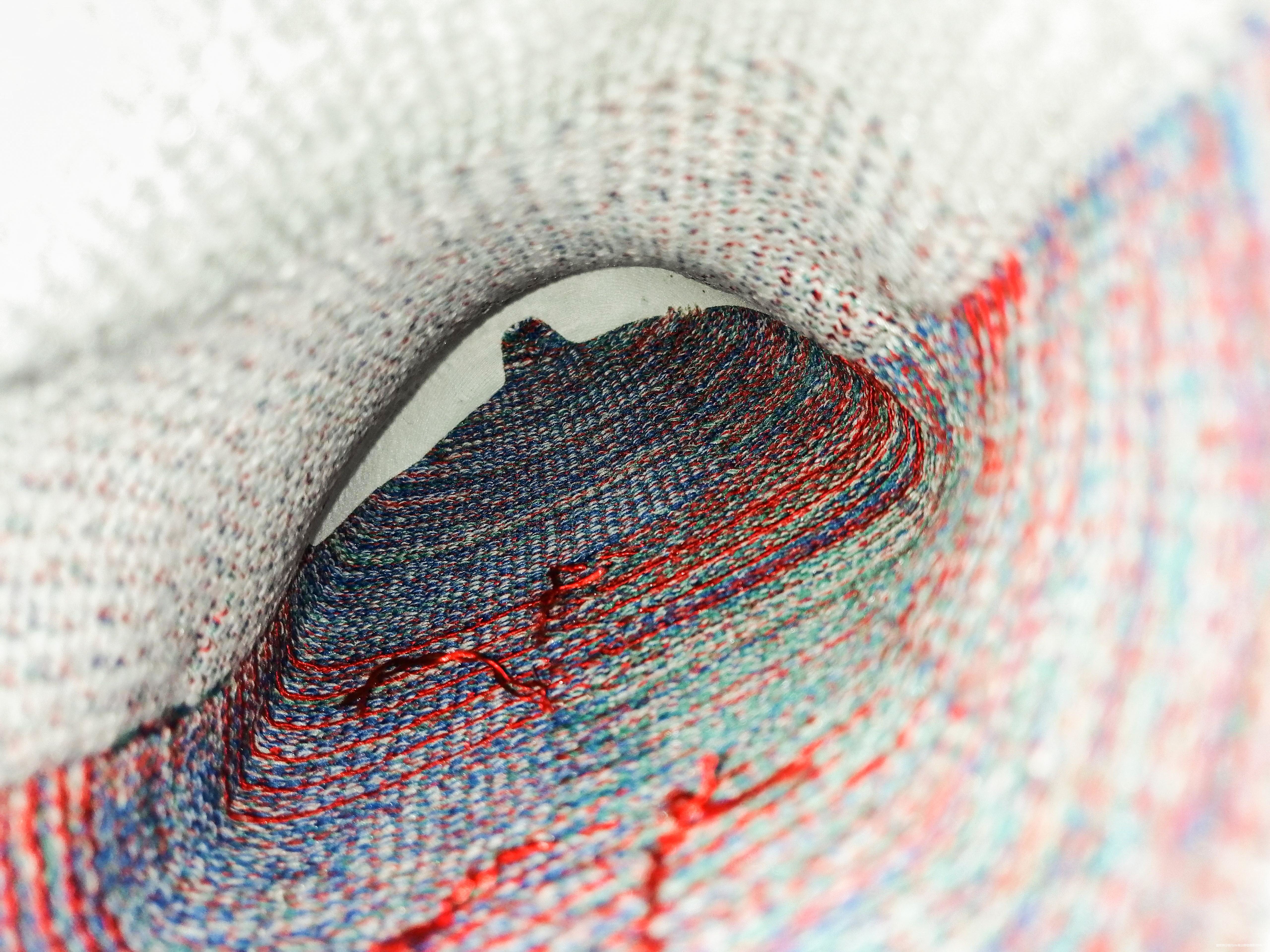 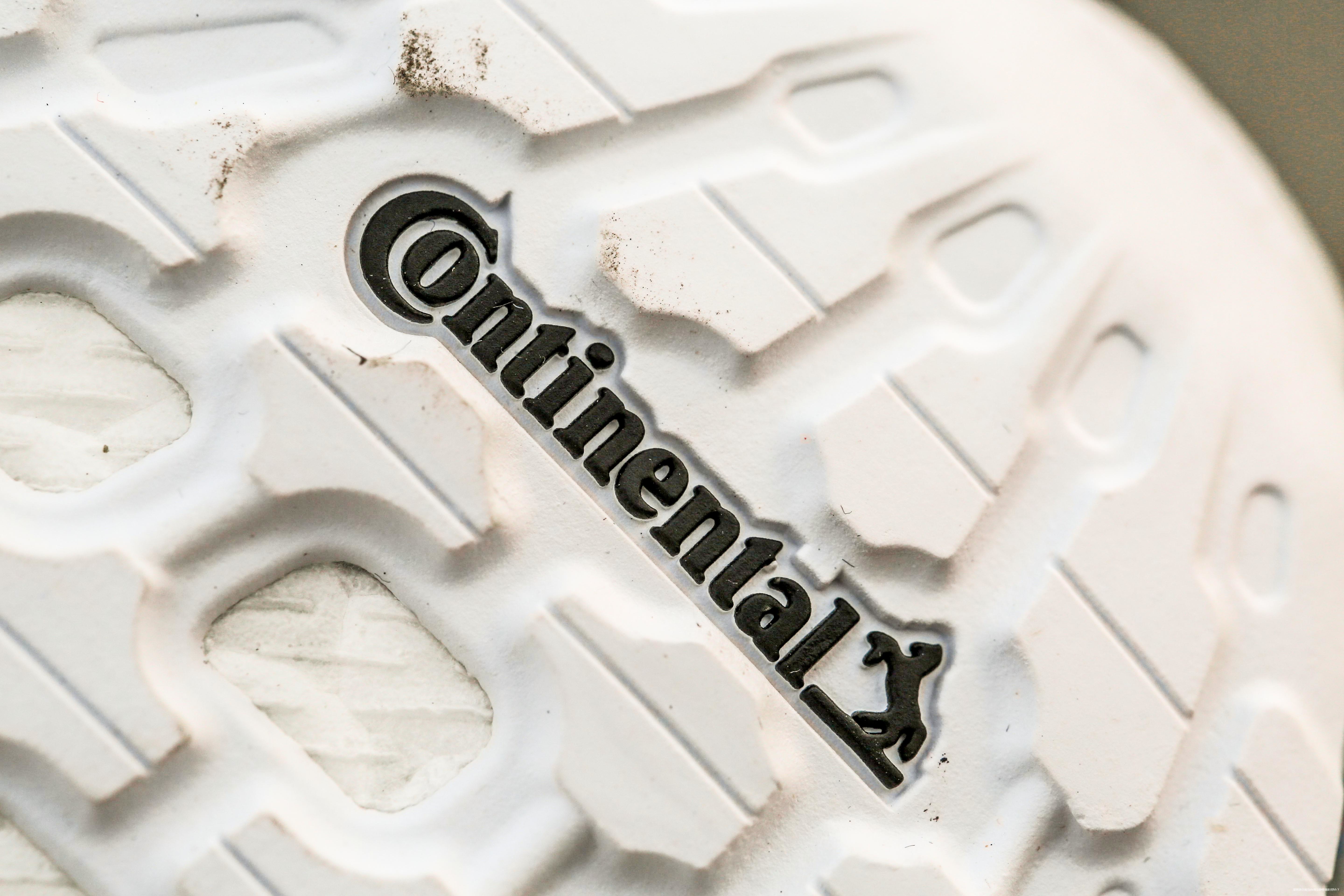 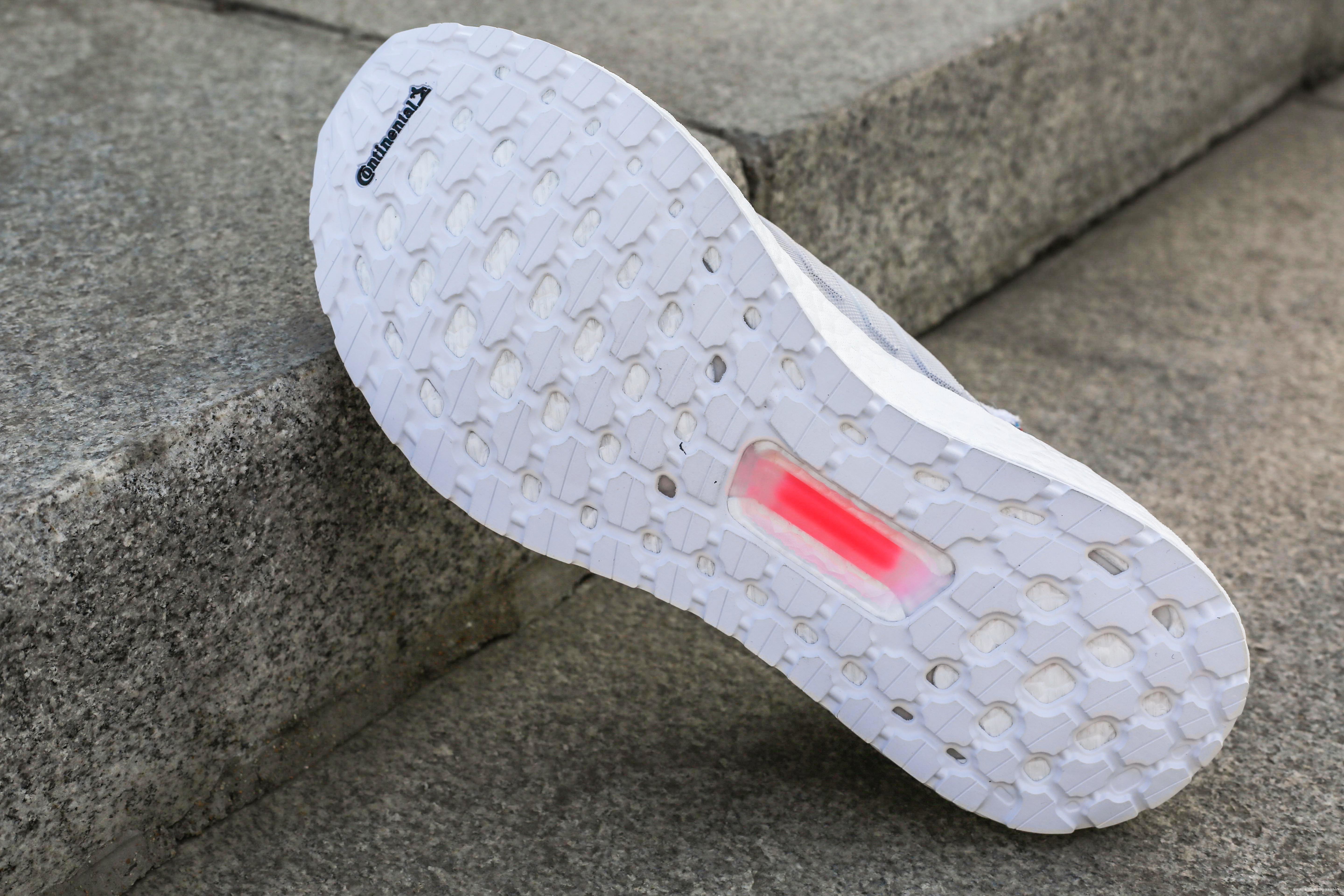 UltraBOOST 19 Refract uses the Stretchweb tech in the outsole as well. Benefiting from that, the sole can handle different kinds of floors easily; the Stretchweb outsole has been tested for years to be able to handle both wet and dry floor. Even if in the face of rugged grounds, it still performs nicely. But what is bothering is that the sole is white, which gets dirty easily. 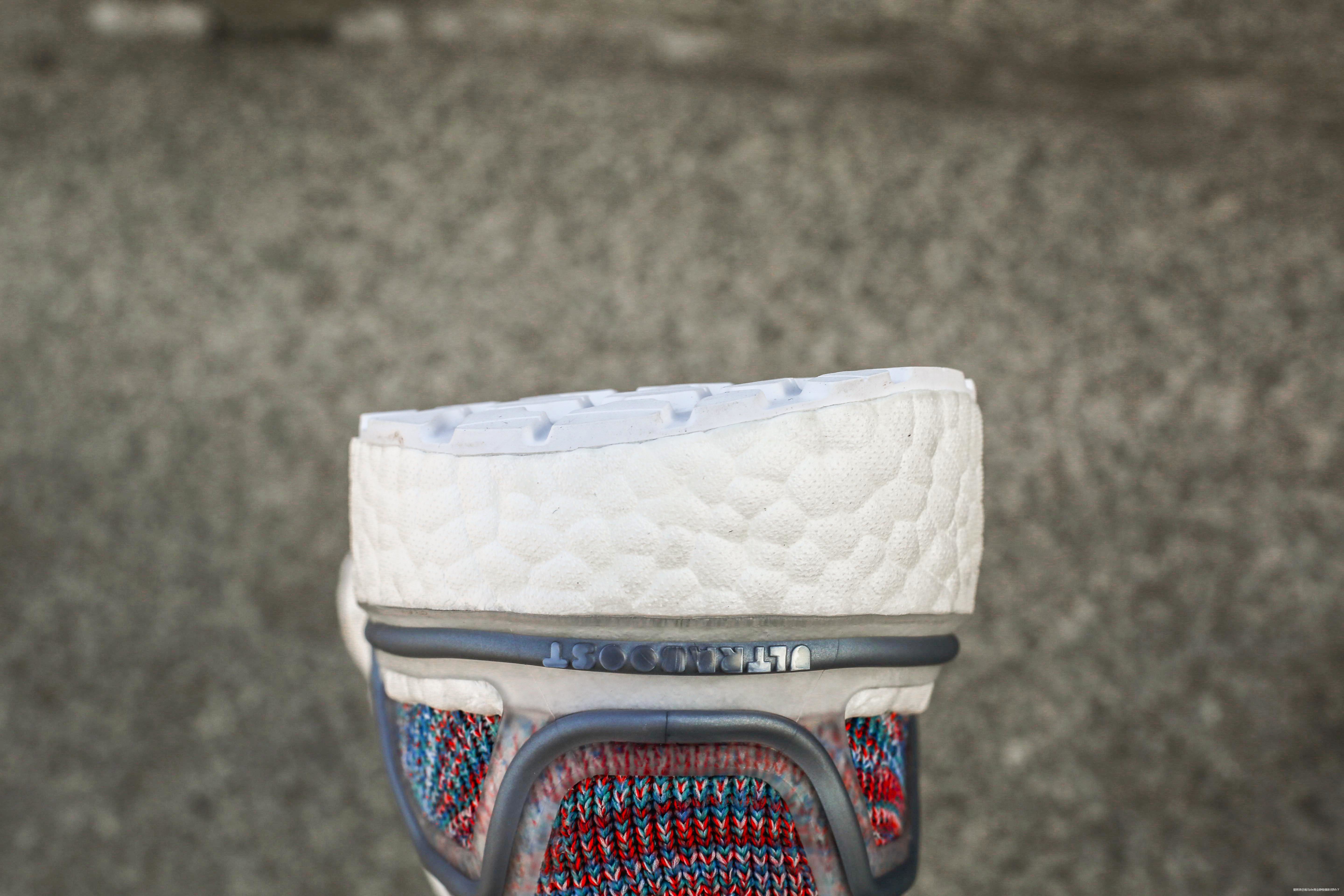 With regard to the midsole tech, UltraBOOST 19 Refract uses Optimized BOOST 20% more than the first version. Thanks to that, many reviewers also observe that the midsole is far softer than other  UltraBOOST shoes and the bounce it offers lasts longer.

Here I also make a simple comparison between energy boost and UltraBOOST 19 Refract. You can see from the pictures that the Optimized BOOST in the forefoot and the heel have been both increased. 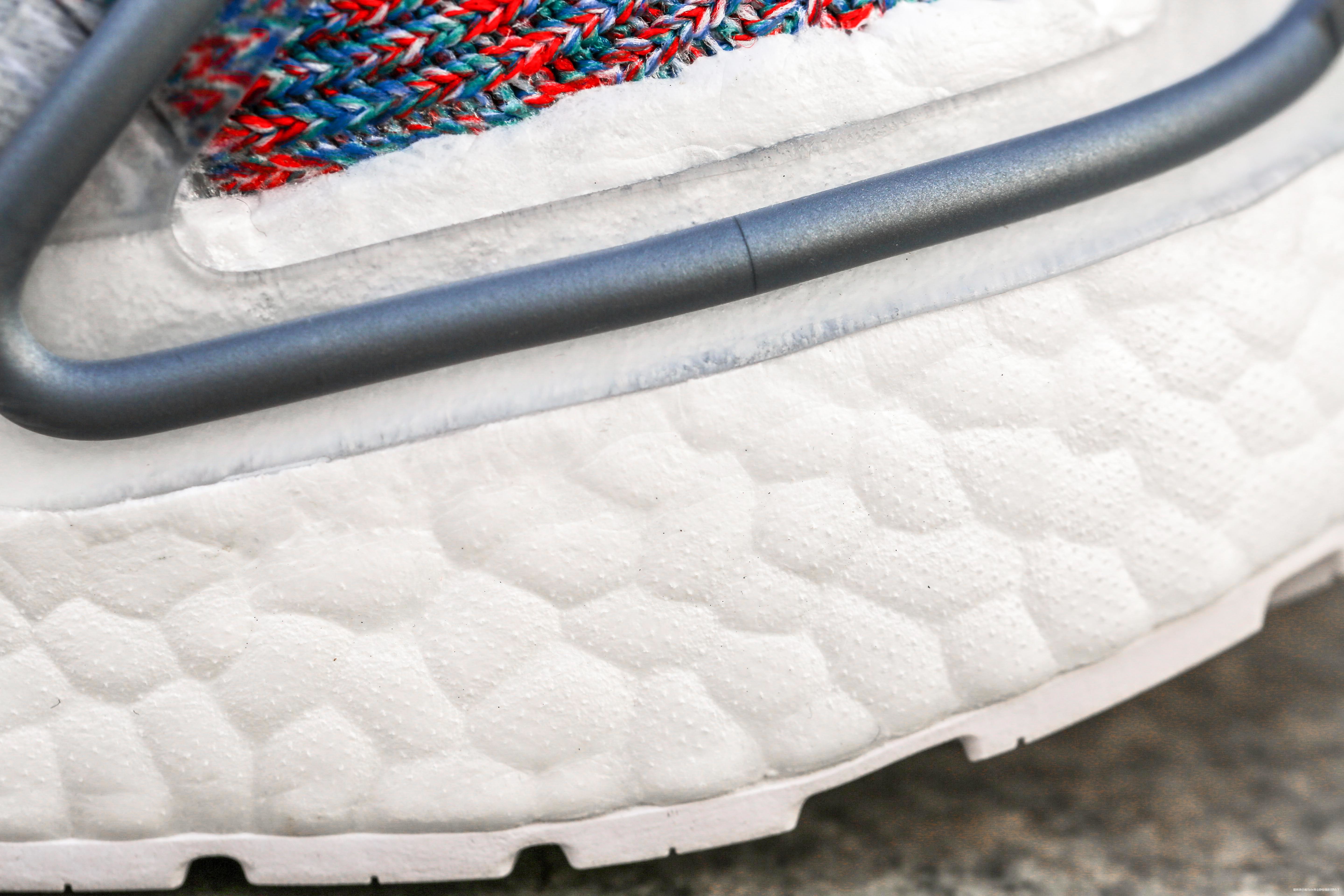 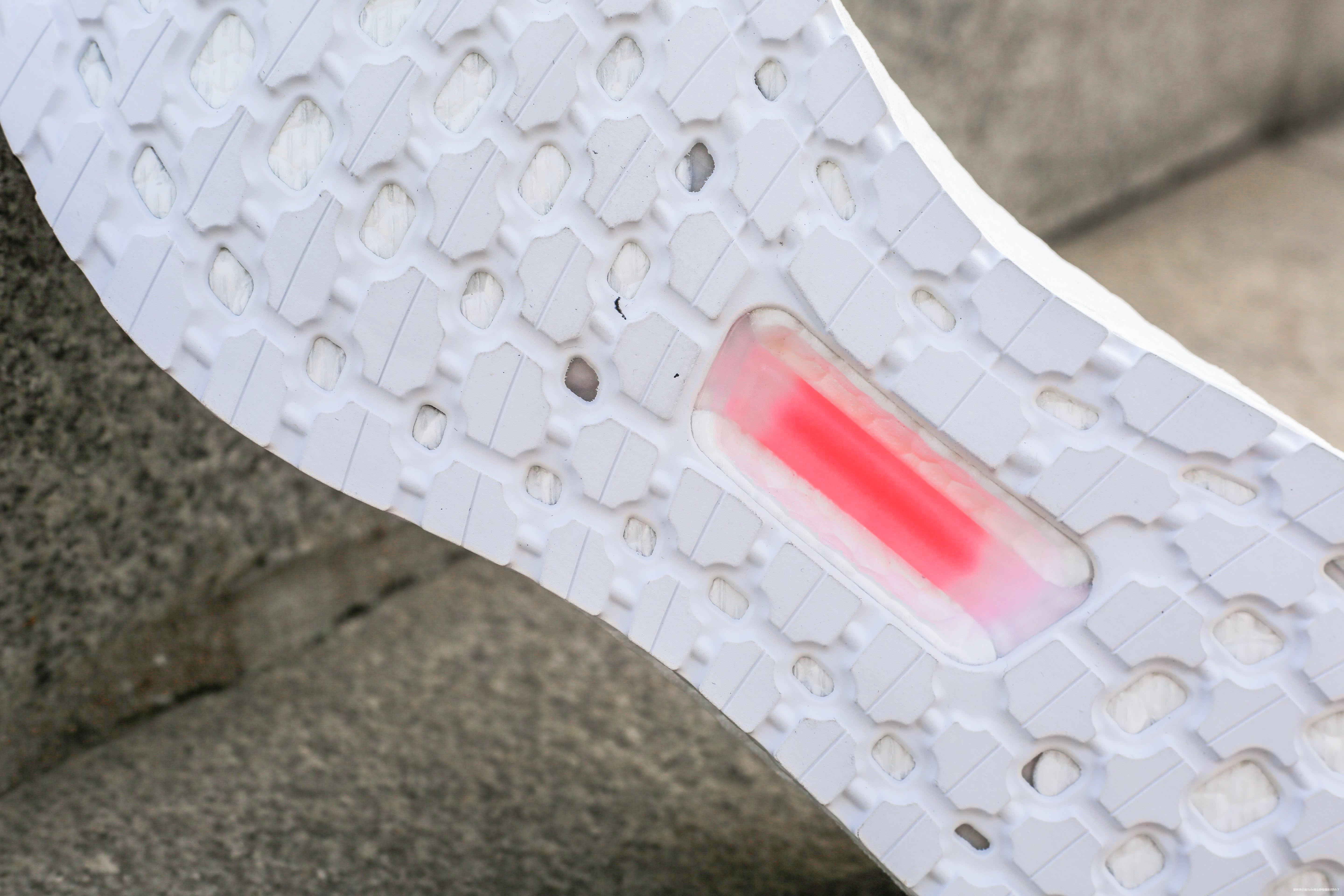 In the process of running a single shoe can provide excellent power support passed through the Torsion Spring which is a anti-twist system. 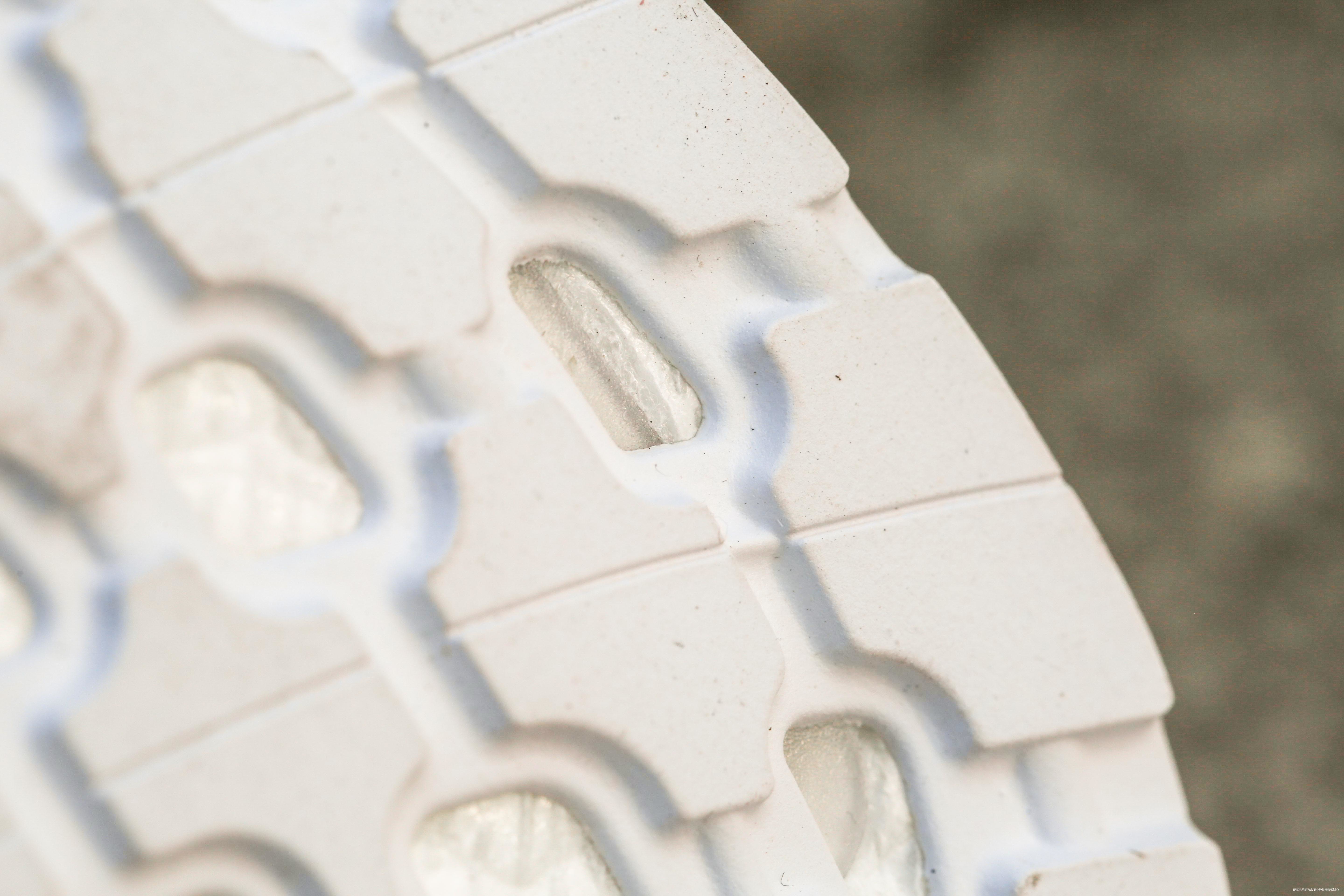 The Torsion Spring is embedded between the  Optimized BOOST and the outsole. It is much lighter than the previous Torsion Syestem, thus bringing less burden to wearers. 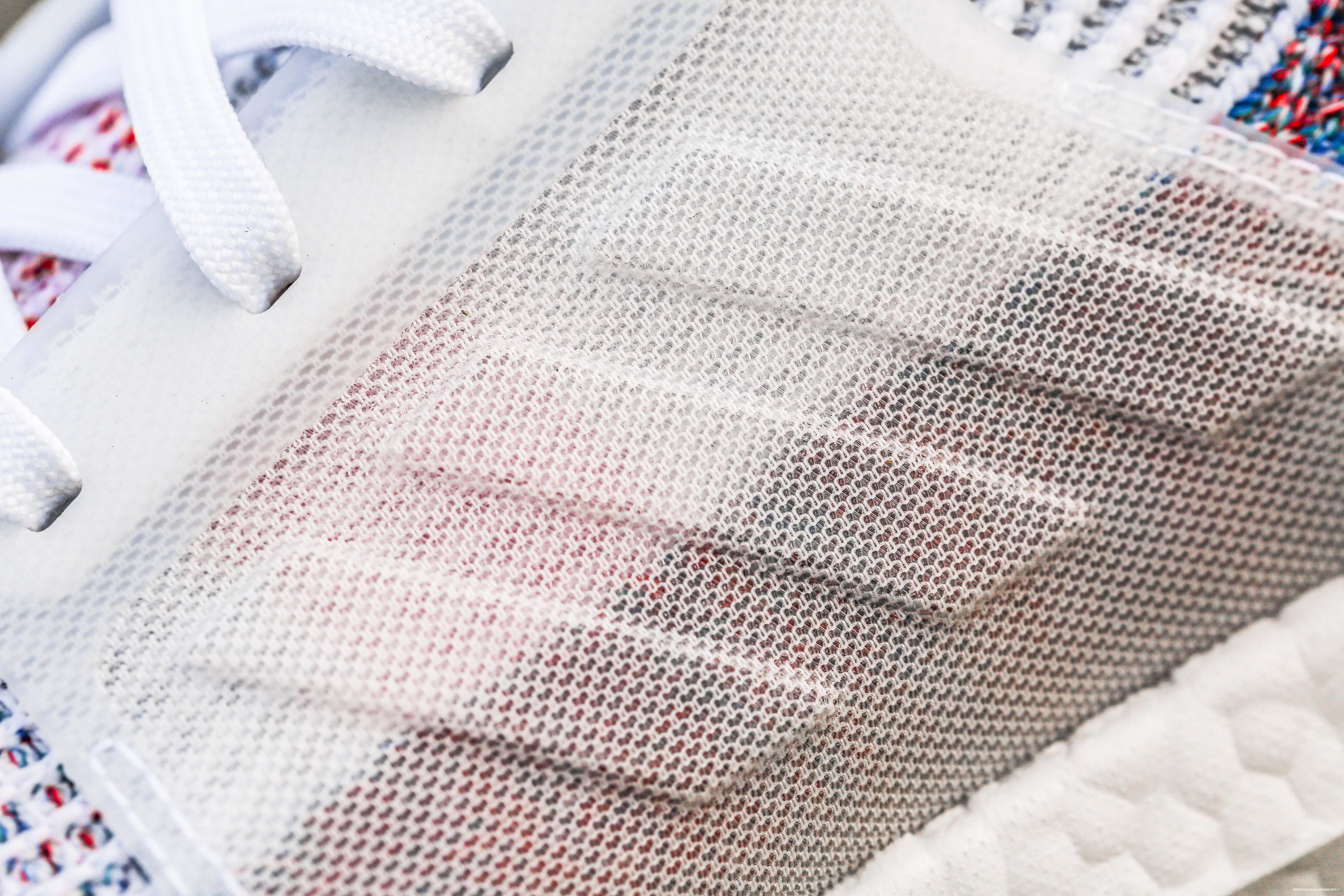 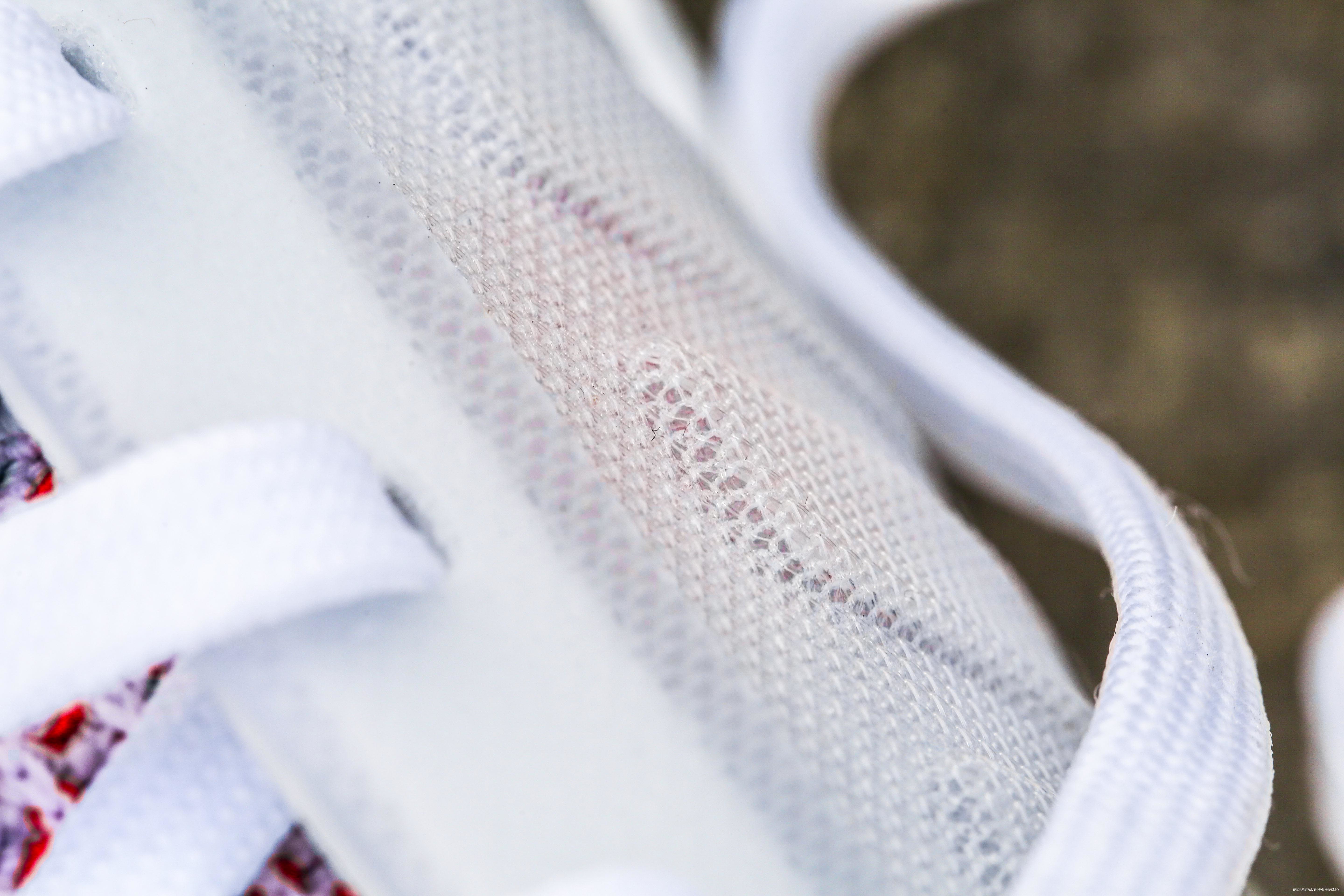 Instead of the hollow thick and hard TPU, the newly upgraded soft and transparent TPU feels nicer and sticks to your feet better. 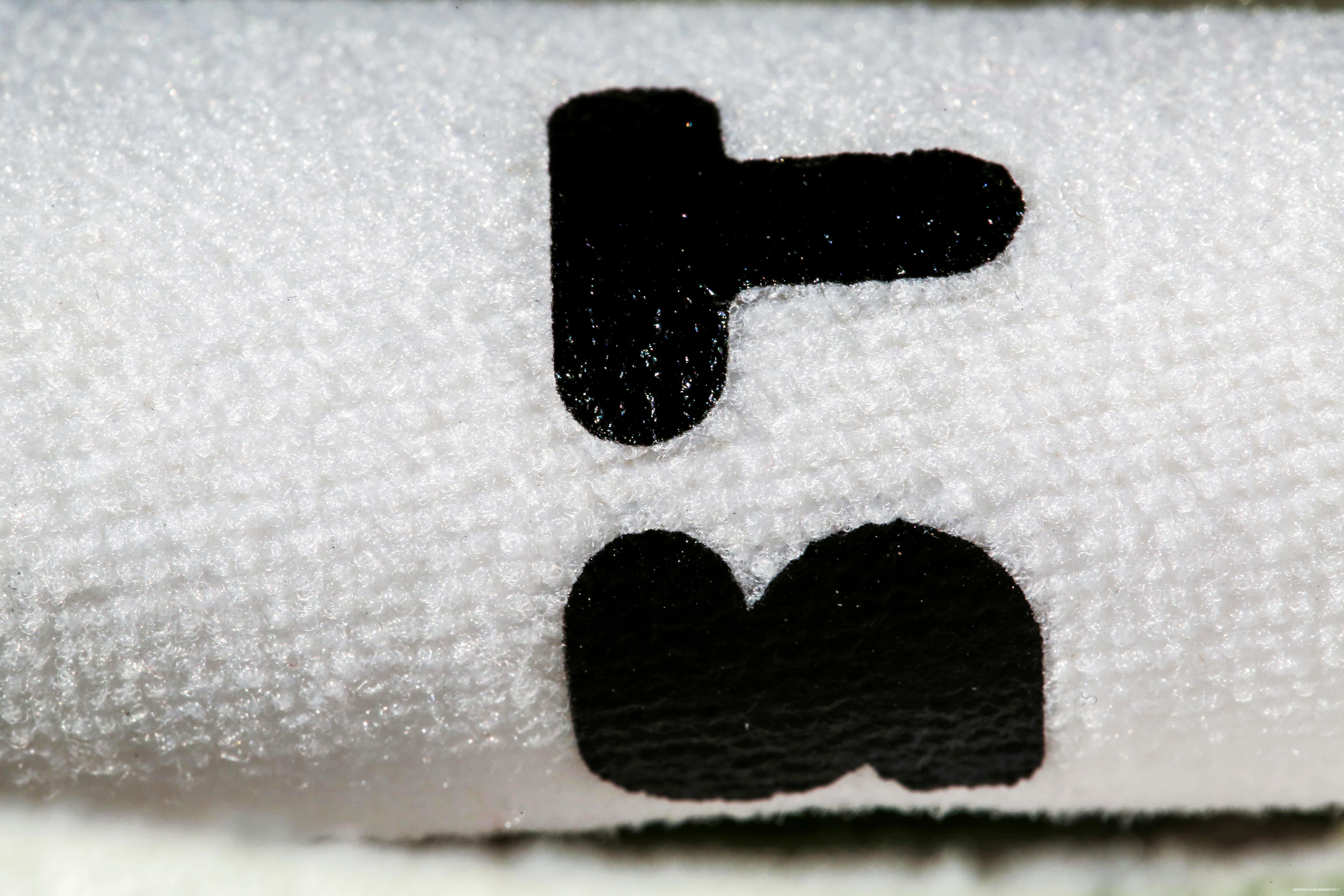 When I was testing the shoes, there were some other surprises. I found that the short plush on the insole is a slightly tilted horizontal arrangement so that it can effectively prevent the occurrence of slippage . 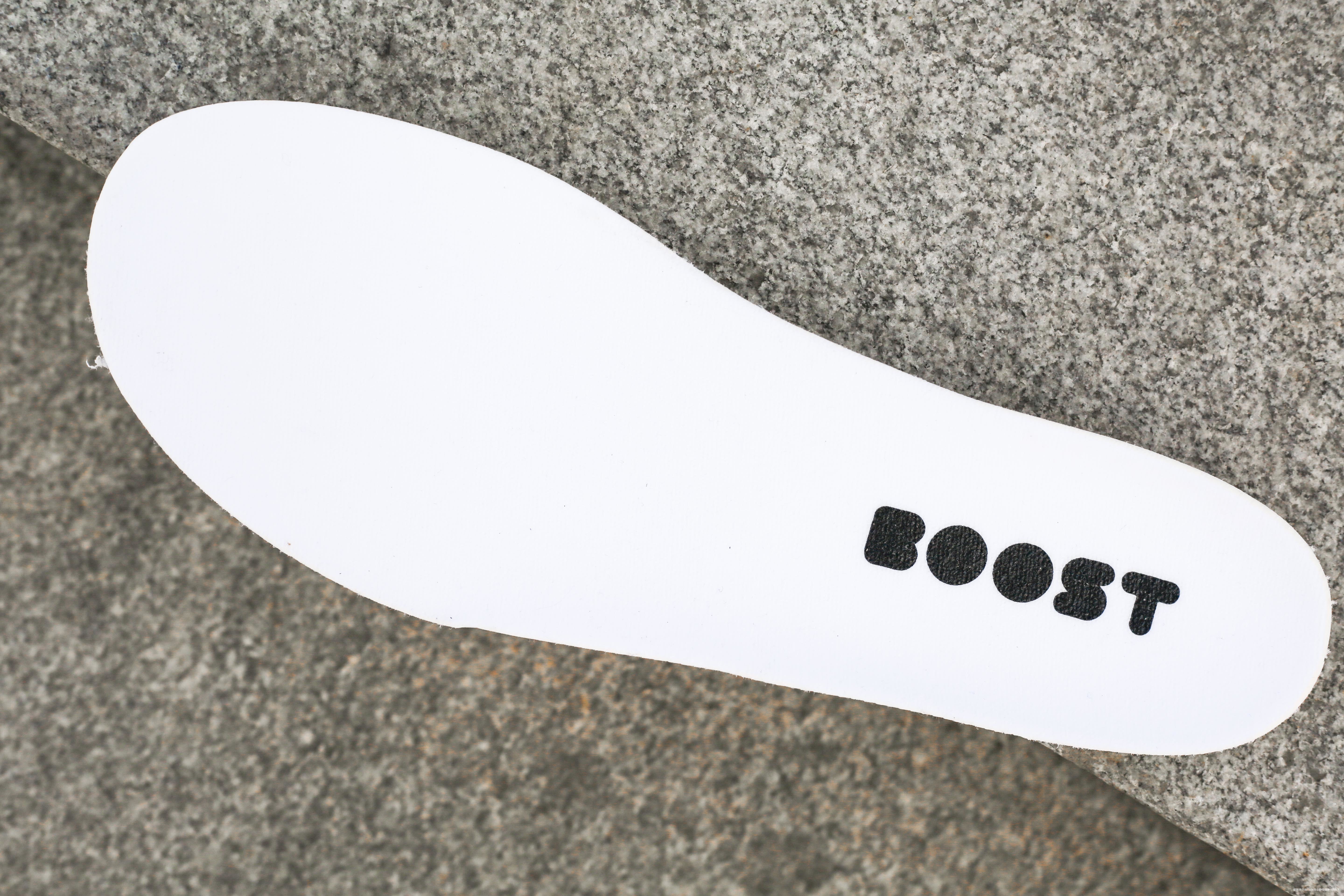 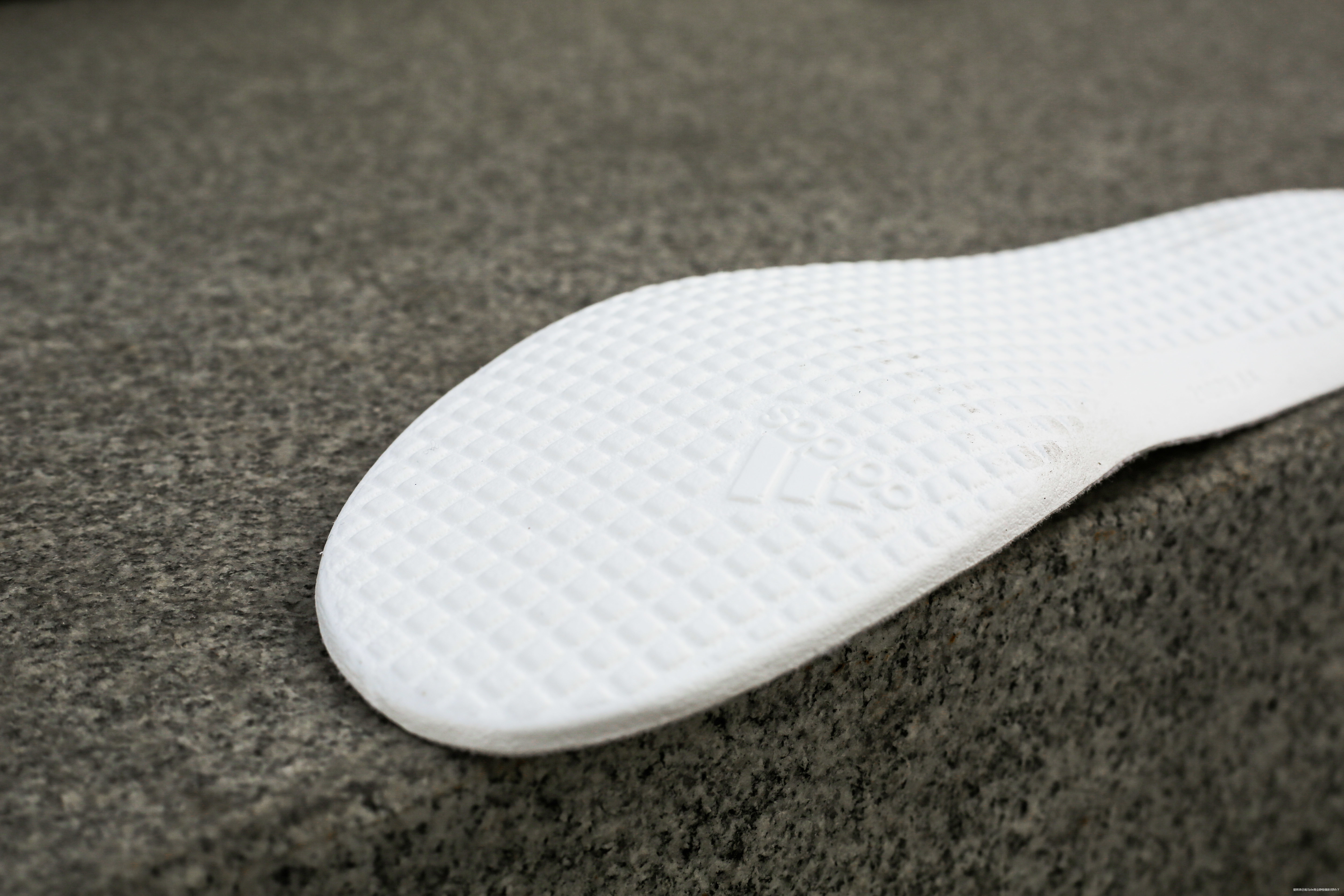 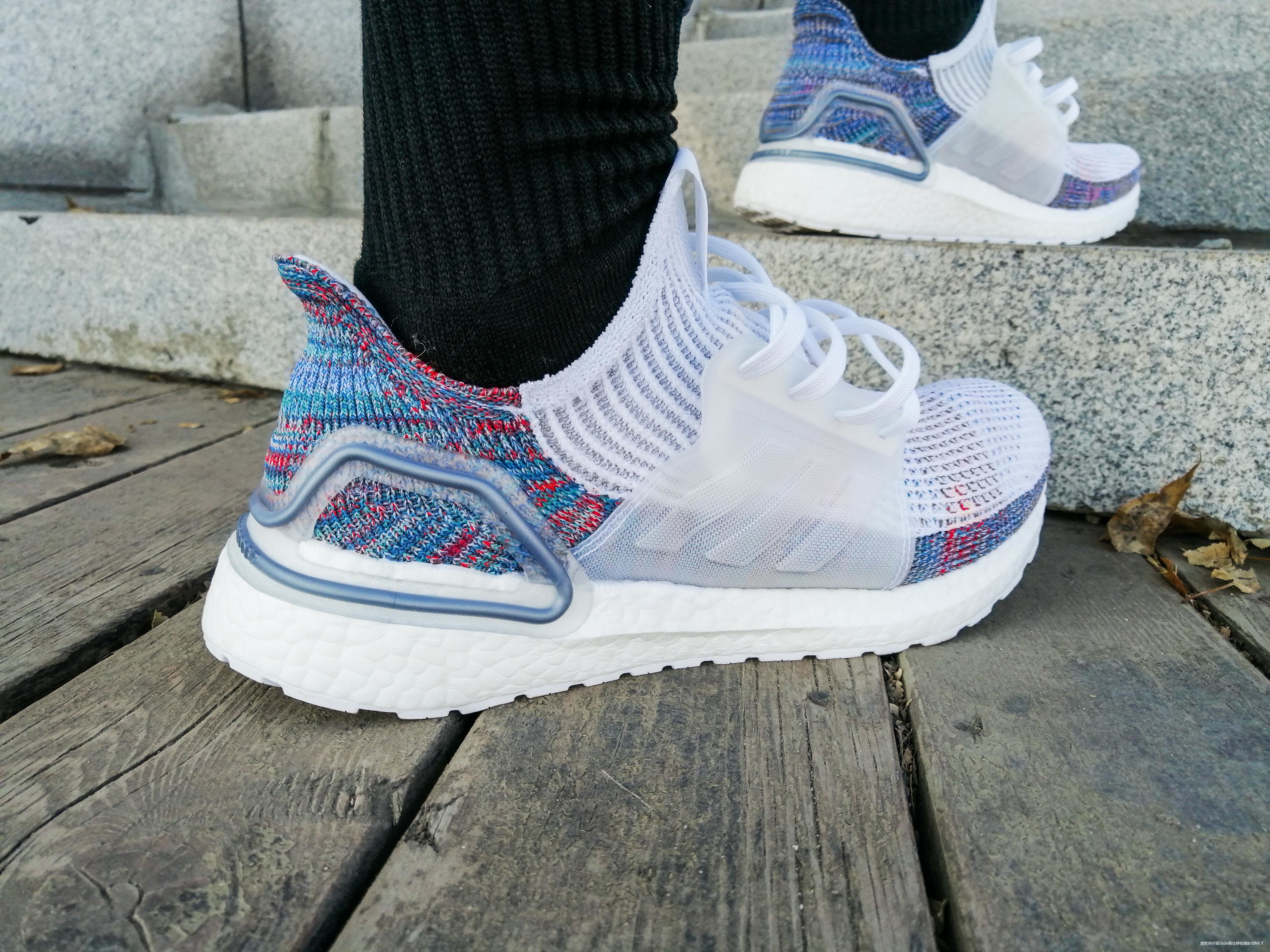 Here is an attention tip: do wear light-colored socks because the lateral plush on the insole will rub down the fluff of the dark-colored socks. 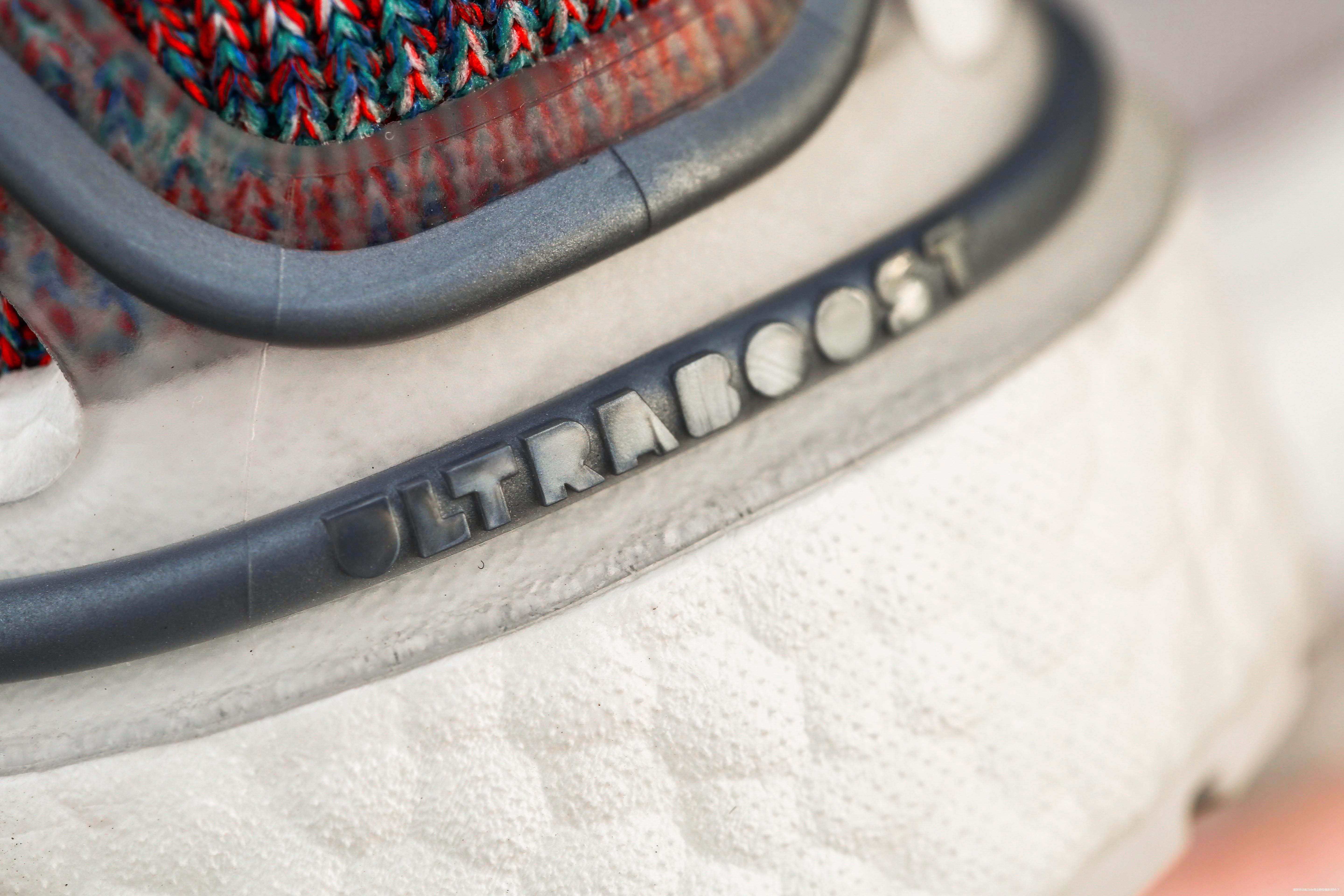 When I was testing the shoes, it was dirt cold outside. However, the Optimized BOOST soles did not fail me：it protected my feet from wintry weather and freezing temperatures. 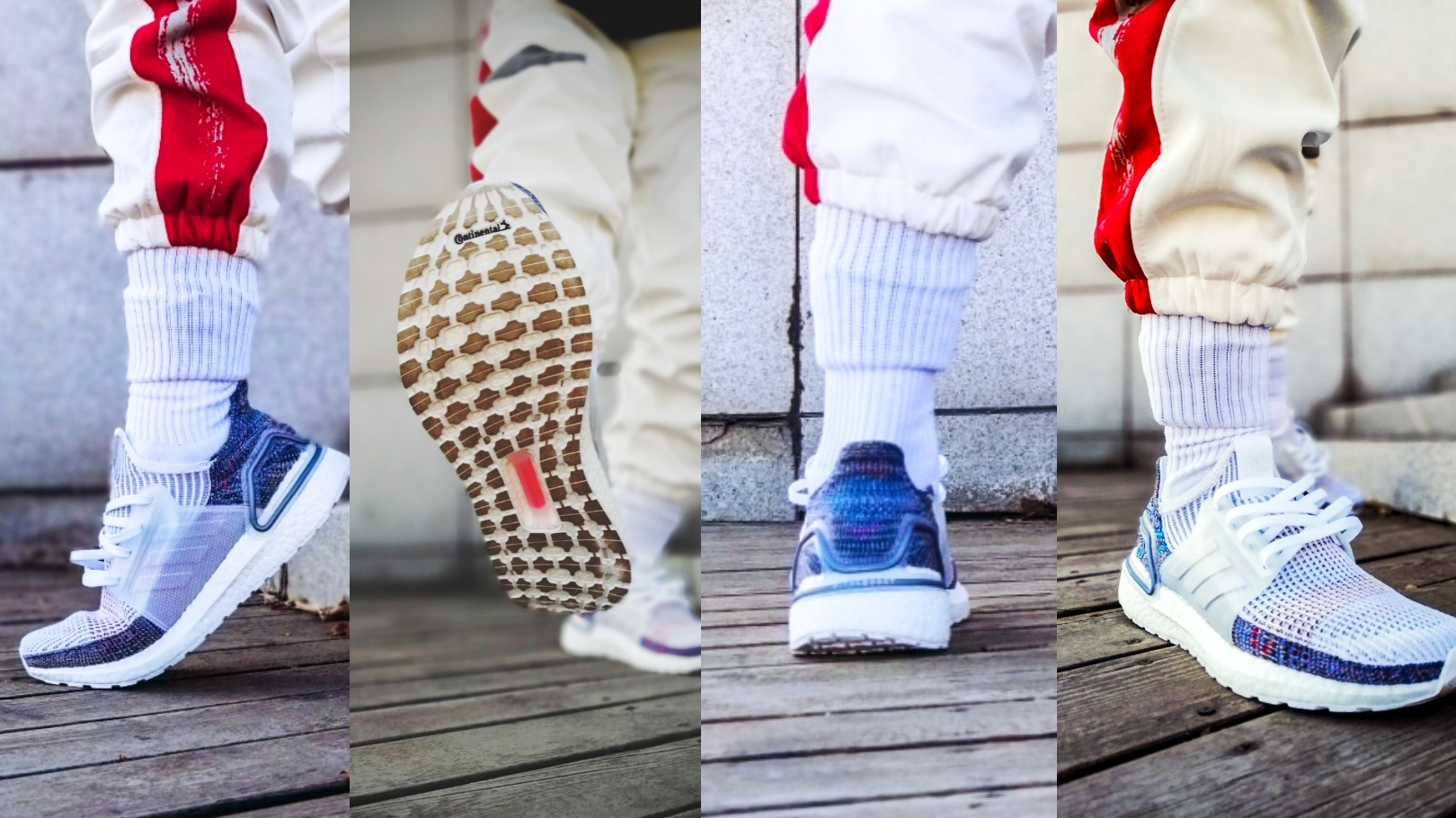 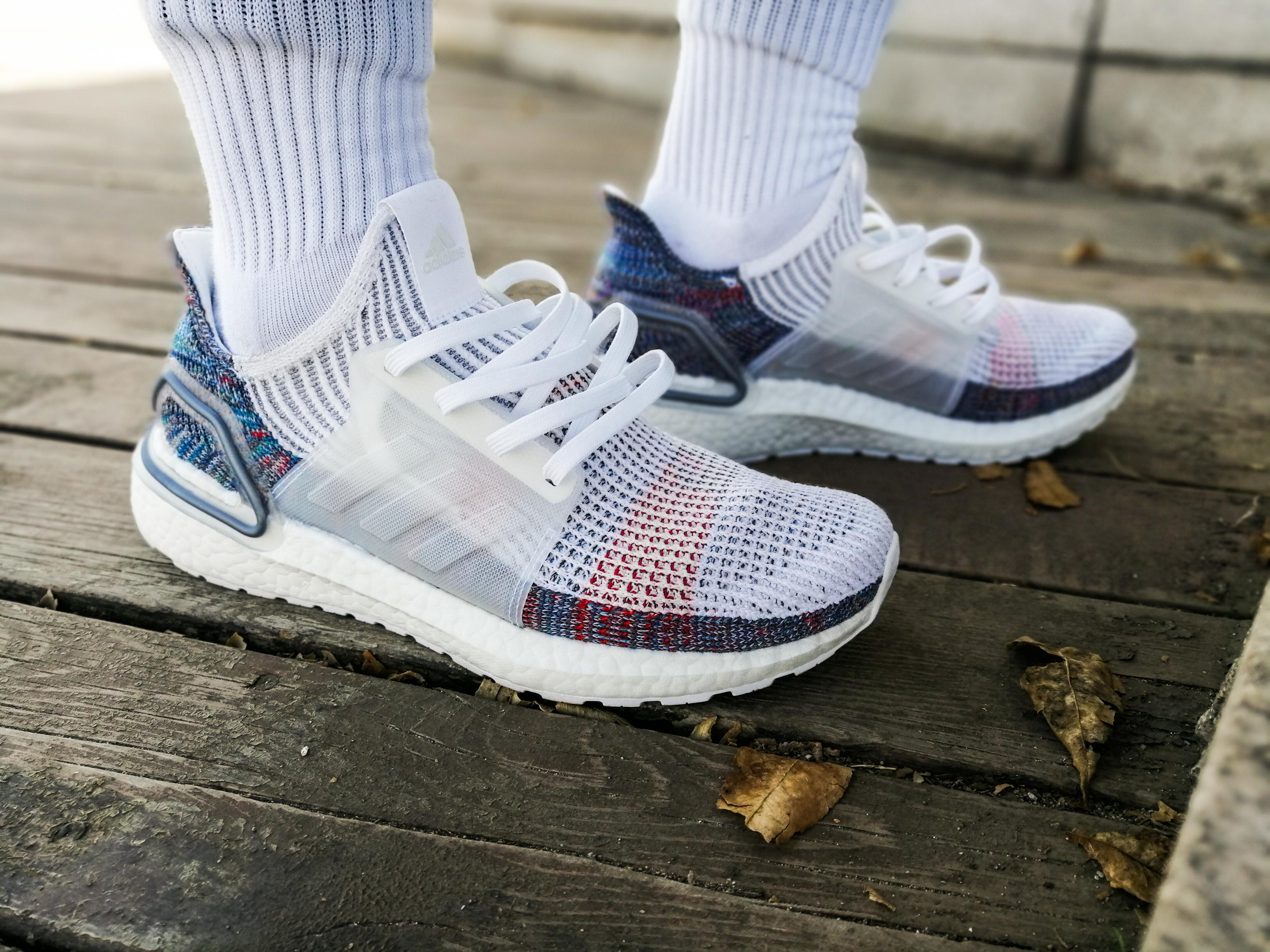 The shoe is overall to my satisfaction. It is not only cool in the appearance, but it can go with any outfit, quite simple and nice. To sum up, it is reliable model and worth your trust and try. If you want to get one pair, then you’d better take action now for it is a shopping-rush goods .