Last year Tuliamuk worn Hoka One One Rocket X to get the champion of American Marathon Olympic Qualification Trails. I’m interested in this pair of running shoes for a long time. What’s its actual performance? Let’s have a look at it today. 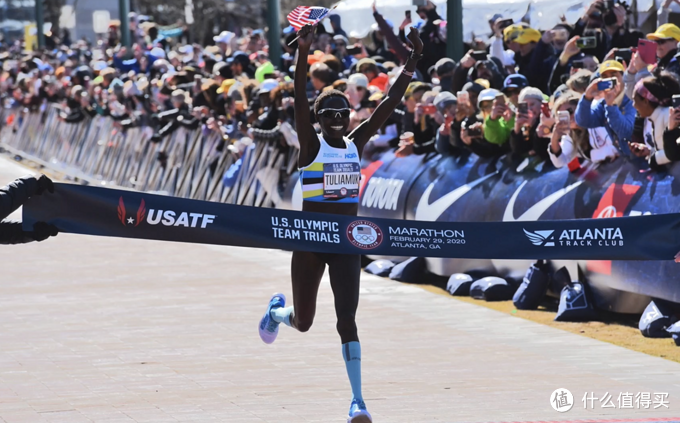 This pair of red Rocket X is more showy than the first released blue/yellow/white colorway. I love both of them. 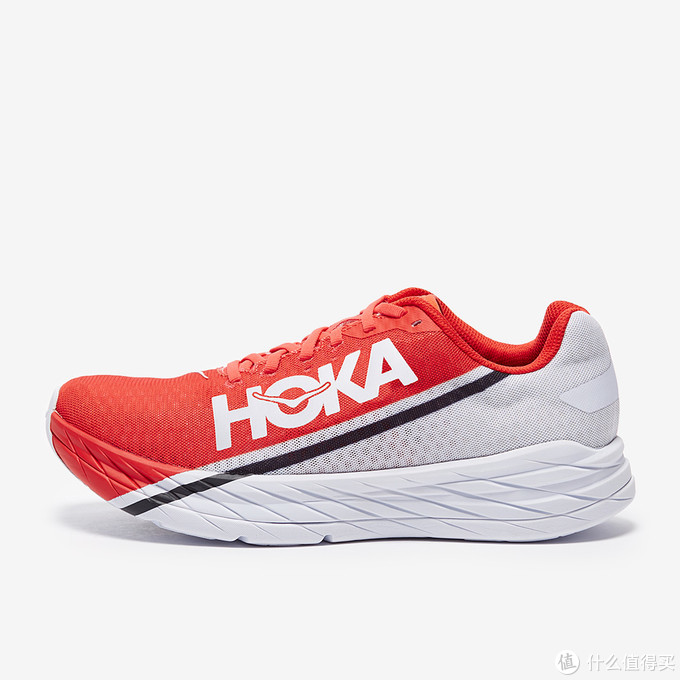 It’s light. The unit weight of EUR42.5 Hoka One One Rocket X is about 210g. The vamp is thin. It’s made of two layers of ventilated mesh fabric. The outer layer has small meshes, and the inner layer has big meshes. The shoe tongue is also thin, it’s filled in a layer of thin foam. Both sides of shoe tongue connect with insole to avoid moving. The overall air permeability is great. I have ran about 15km, but the feet are not stuffy.The shoe head has a layer of hot-pressed lint to reinforce the supporting performance of vamp. But it’s not stiff enough. The shoe tree is also wide. The moving space of foot is big. But the shoe head is easy to deform. The shoelaces are flat type, after fastening the shoes laces, it won’t be easy to loosen, and it can plying-up the instep. 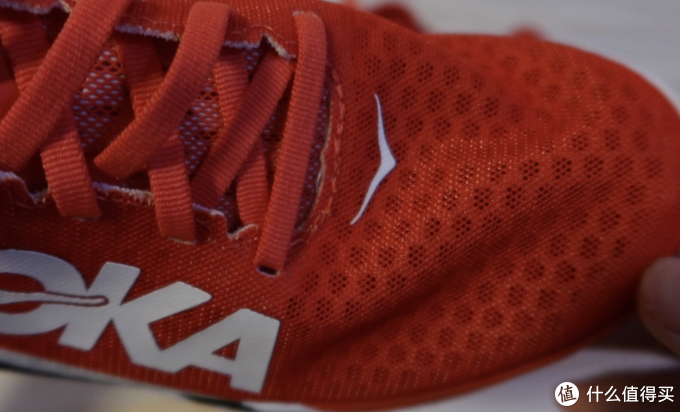 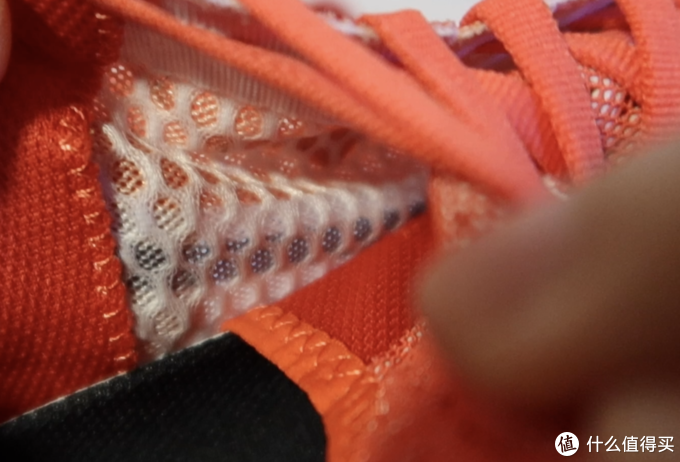 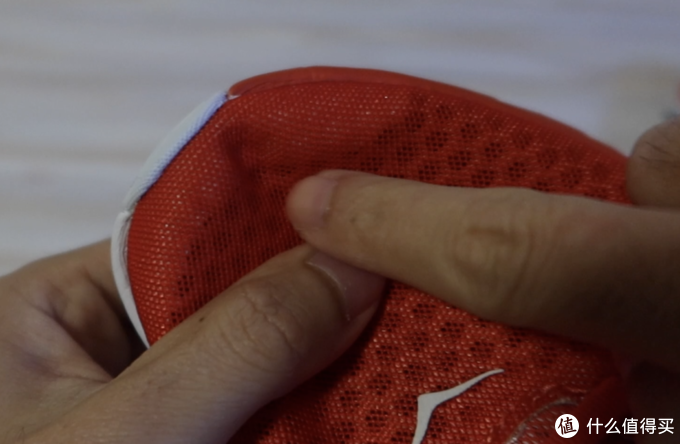 This pair of Hoka One One Rocket X is suitable to the runners who have wide foot and high instep. It’s wide for the thin feet. It needs to fasten the shoelaces tightly to fix the foot. 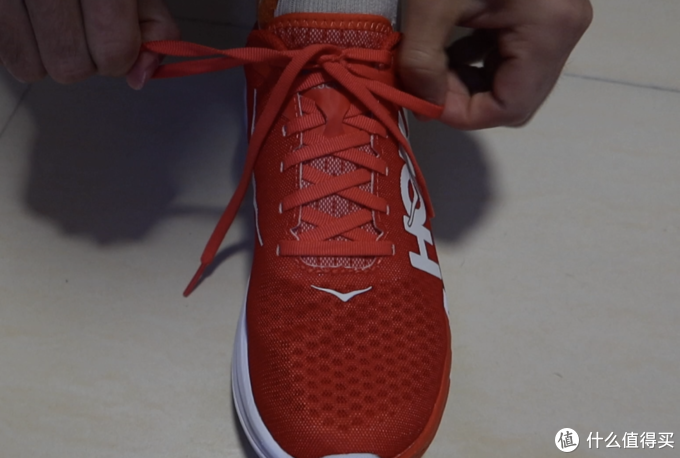 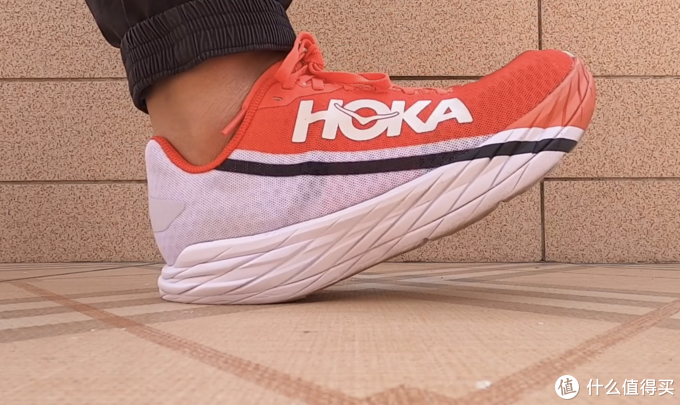 The big difference of Hoka One One Rocket X with other carbon plate running shoes is the excellent stability. The shoe heel has big area and stiff counter. The built-in arch carbon plate in the insole is Y shape. The stiffness is good. It’s stable when running. So it’s suitable to more people. If running 5 hours marathon, you can wear Hoka One One Rocket X for competition. 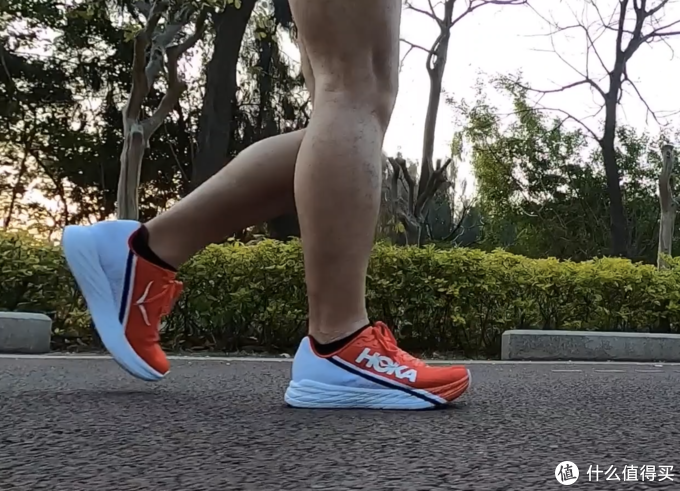 I like the pattern of outsole. The rubber of forefoot sole and rear sole is thinner. It tries to reduce the weight and keep the good abrasive resistance and traction performance. The pattern is not deep. The traction performance on dry road is good. But it’s a little easy to slip on slippery road, but it’s not obviously. But the rubber is built-in the foam of insole. After training, the rubber doesn’t have abrasion, but the edge of insole rough selvedge. It’s the disadvantage of the built-in rubber outsole. 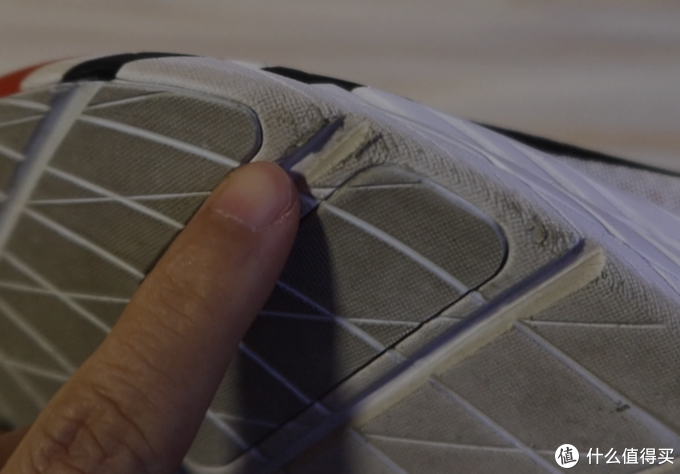 The price of Hoka One One Rocket X is cheaper than other carbon plate running shoes. The cost performance is better. But the nuclear technology of insole is EVA. The resilience is worse than other carbon plate running shoes. But the advantage is the stability. It’s very stable when running, and the weight is light. It’s suitable for daily training.