At the first sight of Asics MetaRide, honestly, I can’t help thinking of MetaRun also released by Asics and which was said to be the most powerful unprecedented long-distance running shoes. The Asics MetaRun was, in retrospect, the most popular model that almost everyone was going after in 2015. It was the one that gathered the newest tech of Asics that year; it was also a limited version and the global number was 60000 pairs. So it is no wonder that it gained a great popularity.

Later Asics released another running shoes: the Asics MetaRide. Unlike MetaRun, this Asics MetaRide is, for many people, unforgettable with its futuristic appearance. So let’s check it together. 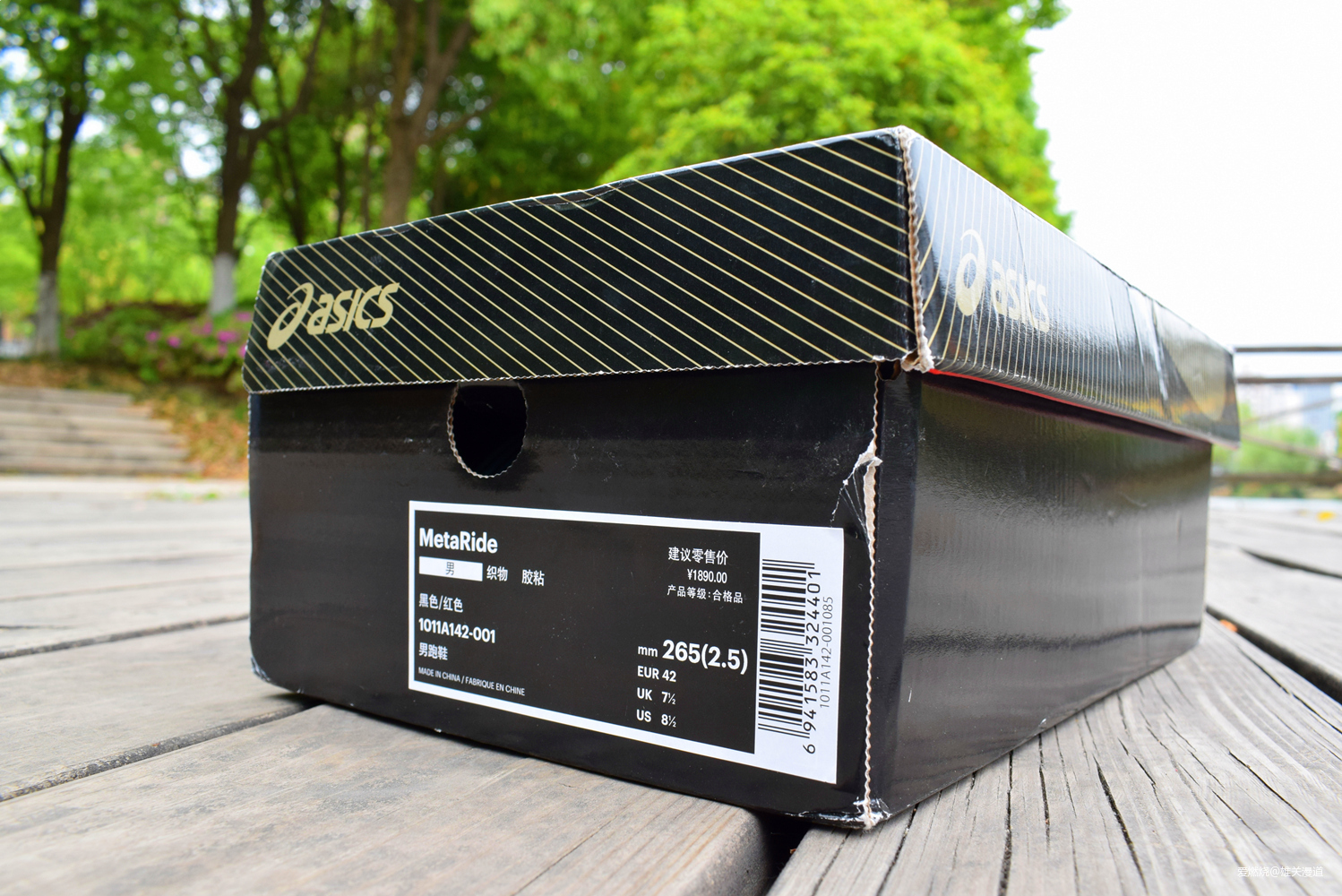 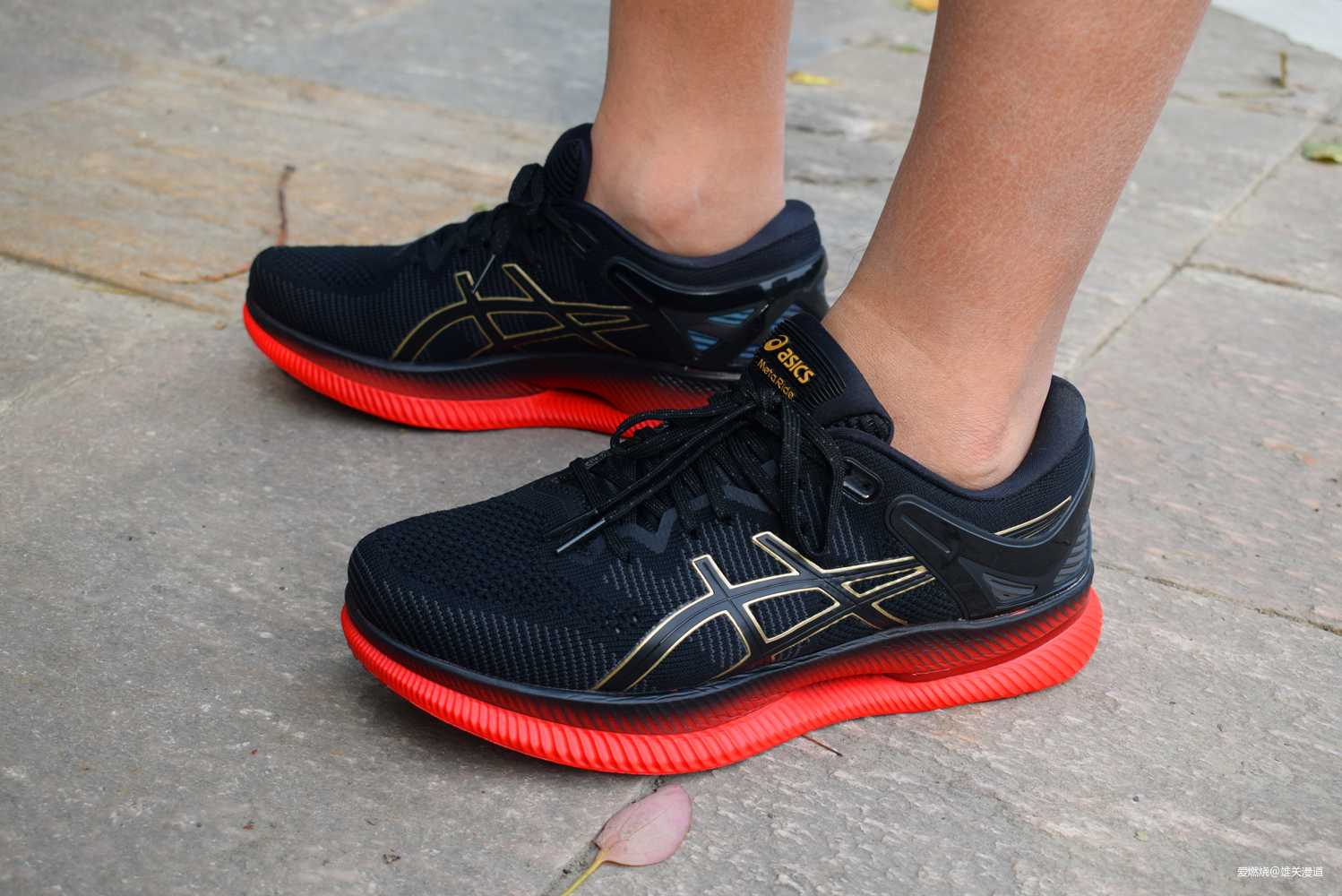 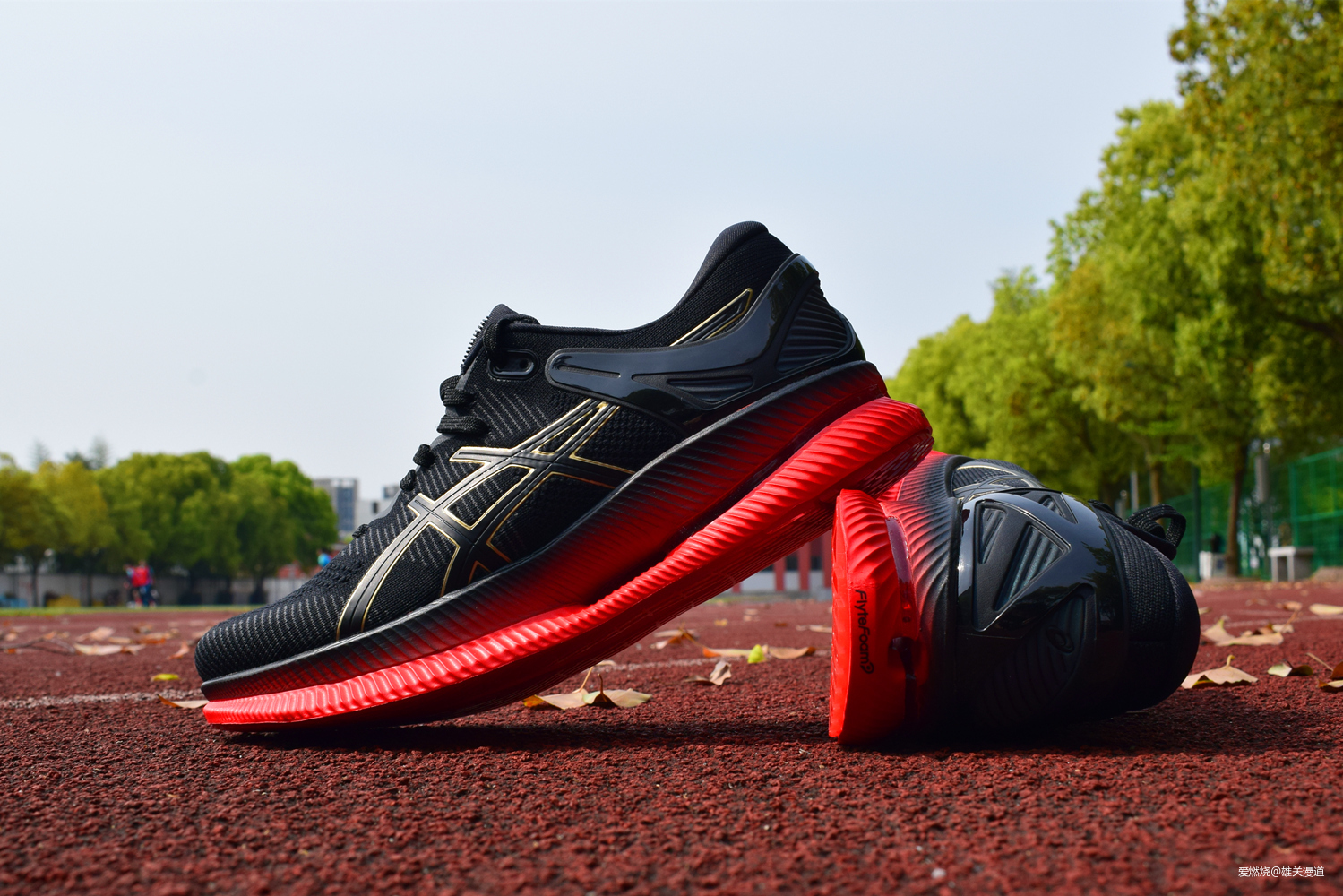 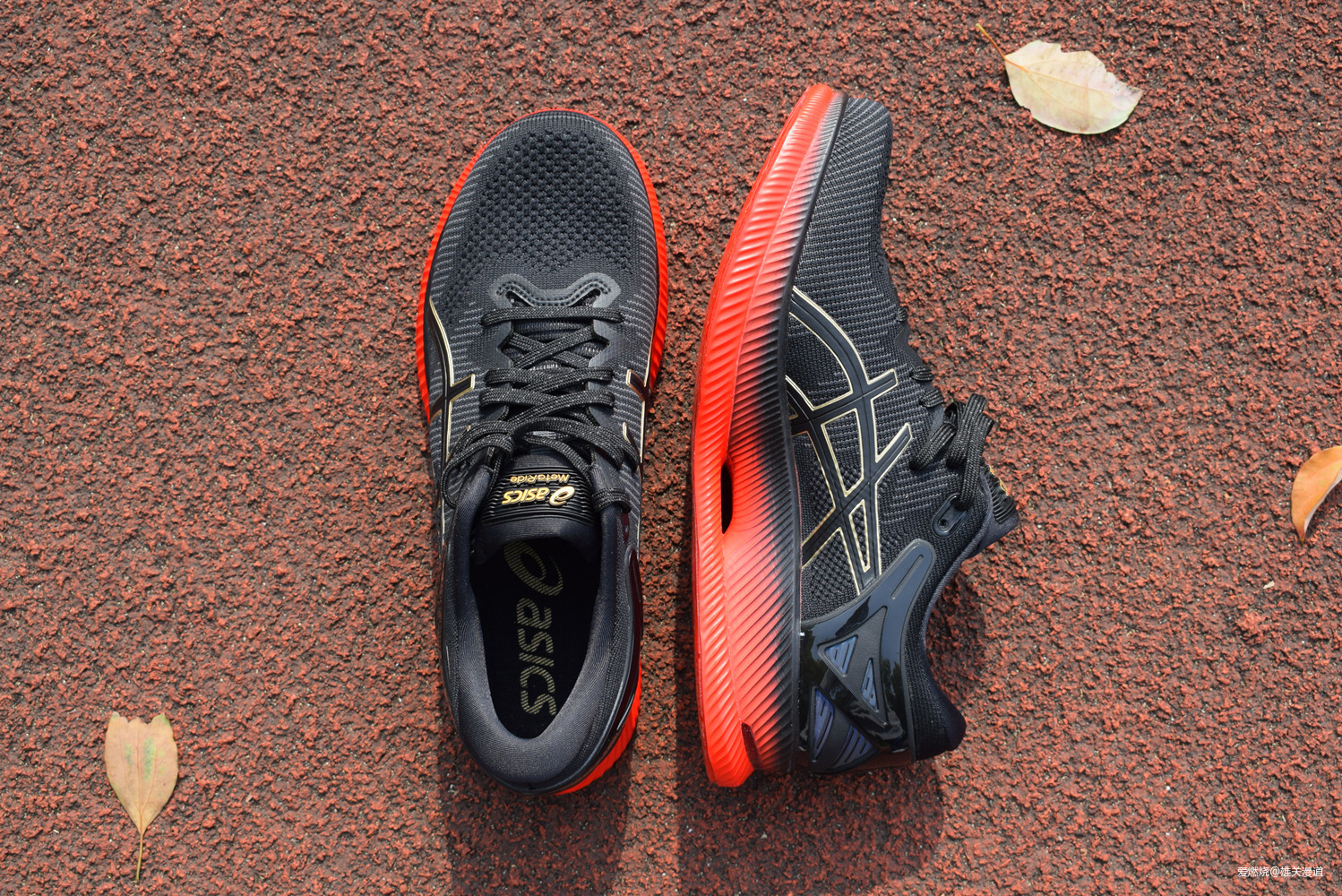 The Asics MetaRide running shoes, as have been mentioned earlier, is a limited model. With its black shoe box and the special unique colorway, the shoe looks very impressive and also has a strong visual impact. The black and red matches each other very well and the dark gold added a little nobility to the shoe. 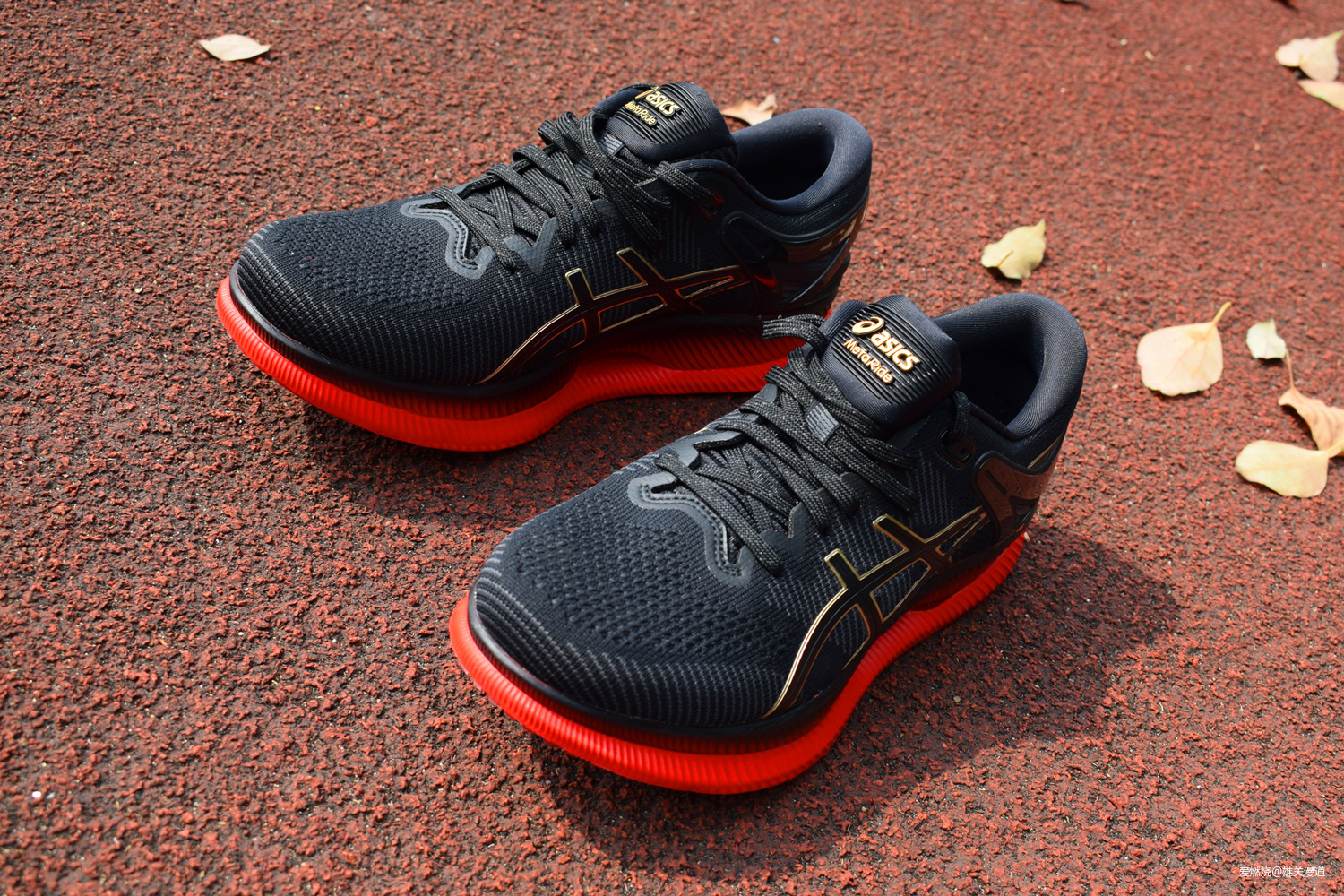 The upper of Asics MetaRide adopts the CIRCULAR knitting technology. The fore upper is made of elastic material with strong contraction force and great breathability. So even if you are exercising in hot summer days, you can feel very dry under your feet. As for the outside layer, it is used for protection and prevent the shoe from wearing out. 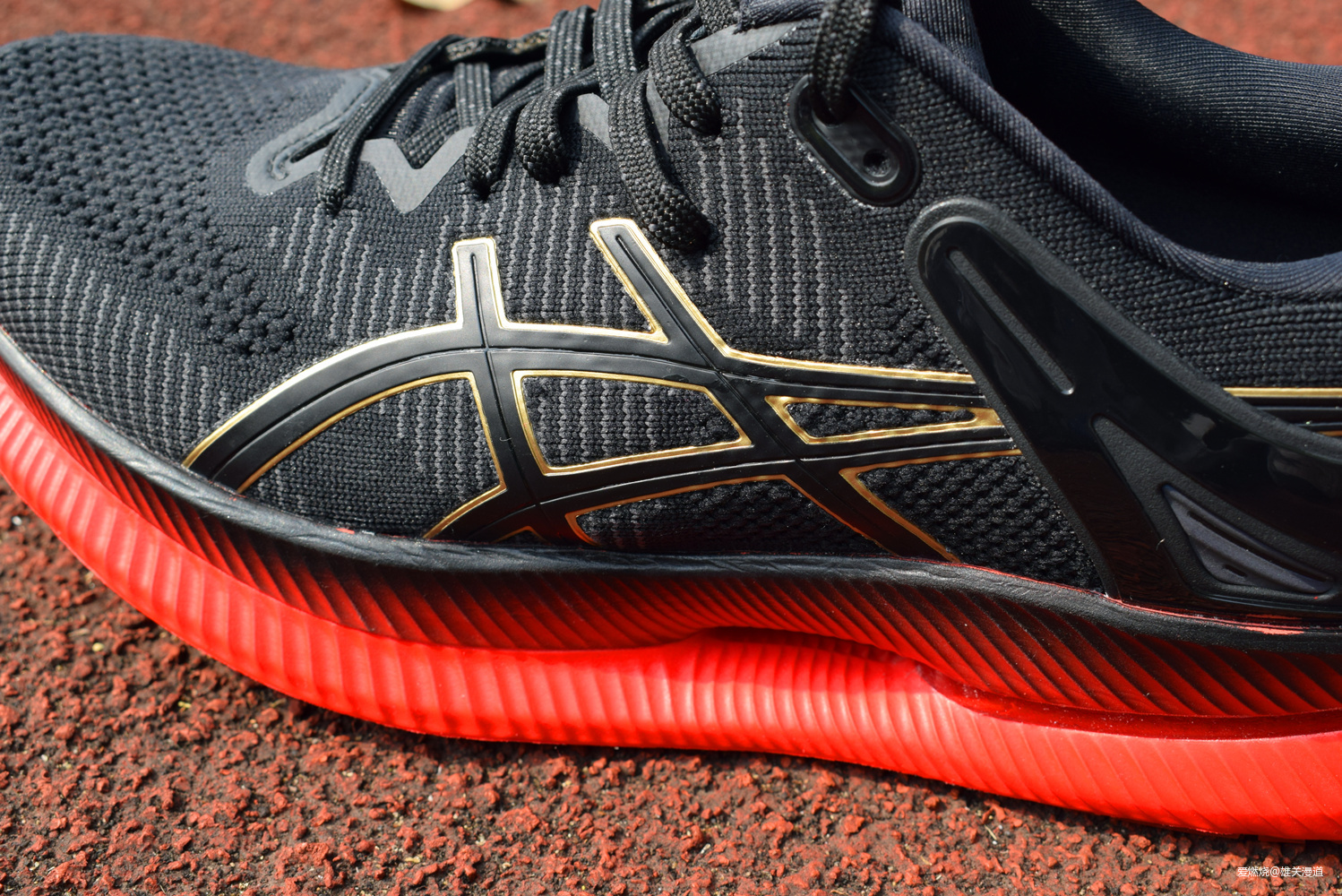 On both sides of the midsole, the recognizable gold Asics line logo is not only an ornament but also plays an important role in supporting the upper. 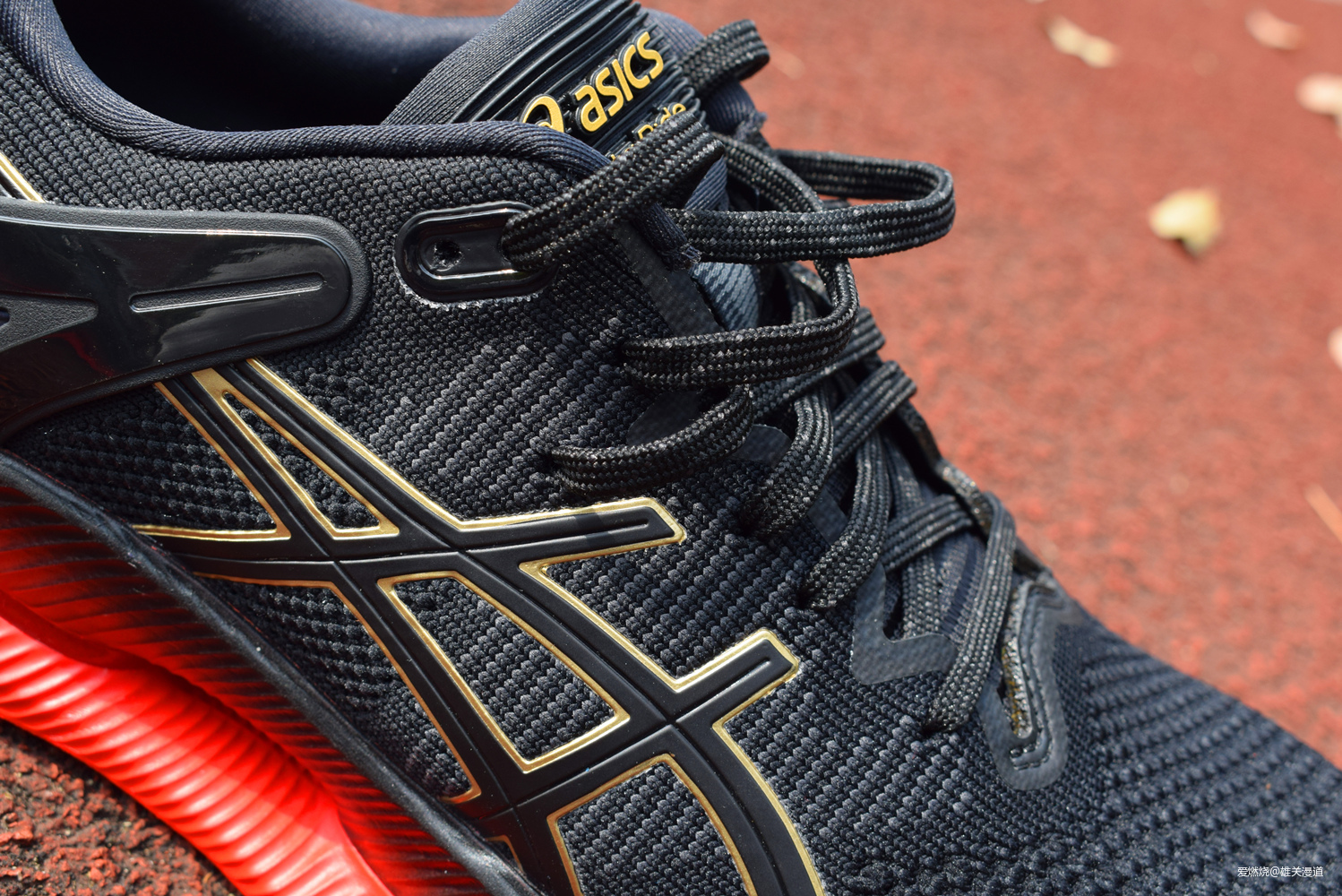 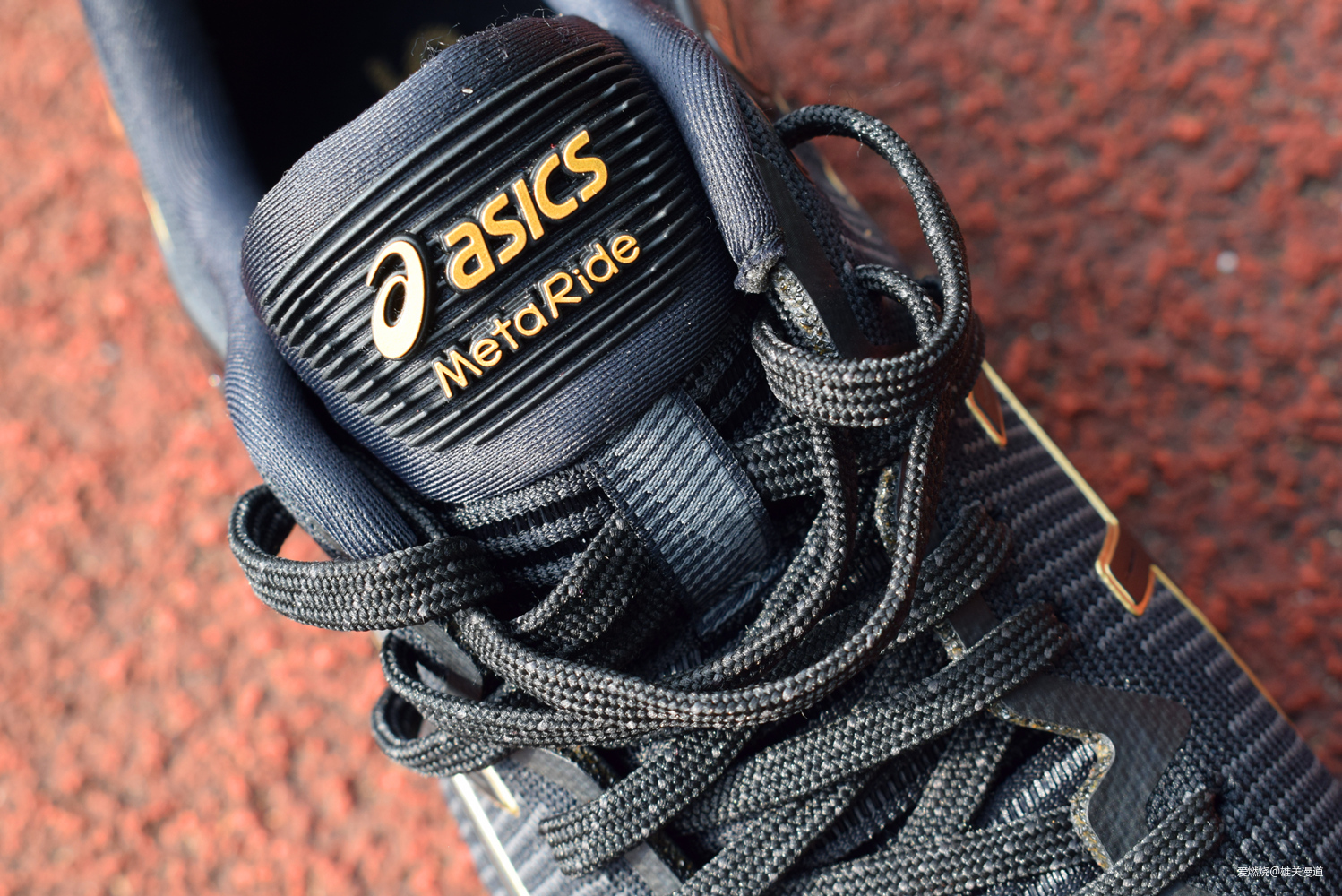 The Asics MetaRide uses flat, non-slip shoelaces to avoid frequent needs to fasten the laces. In terms of the actual wearing experience, the lock on the instep is firmer after the laces are fastened. And the tongue is fitted with a lace-fixing hole to prevent the tongue from slipping. Also, the stereo gold Asics MetaRide logo helps identify the running shoe. 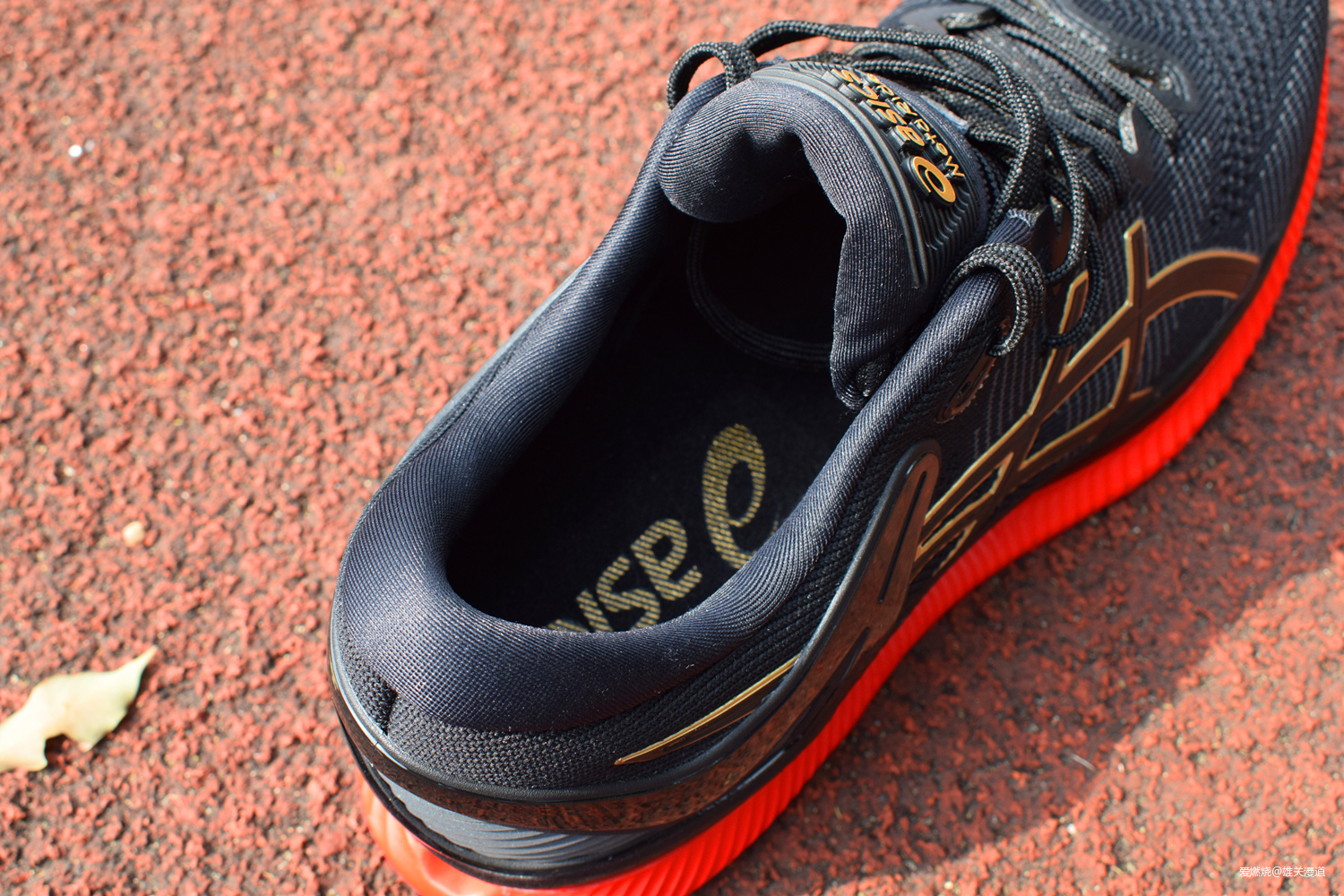 There is foam filler inside the tongue, which is ample and makes the shoe more comfortable. But for another thing, it increases the shoe’s weight. 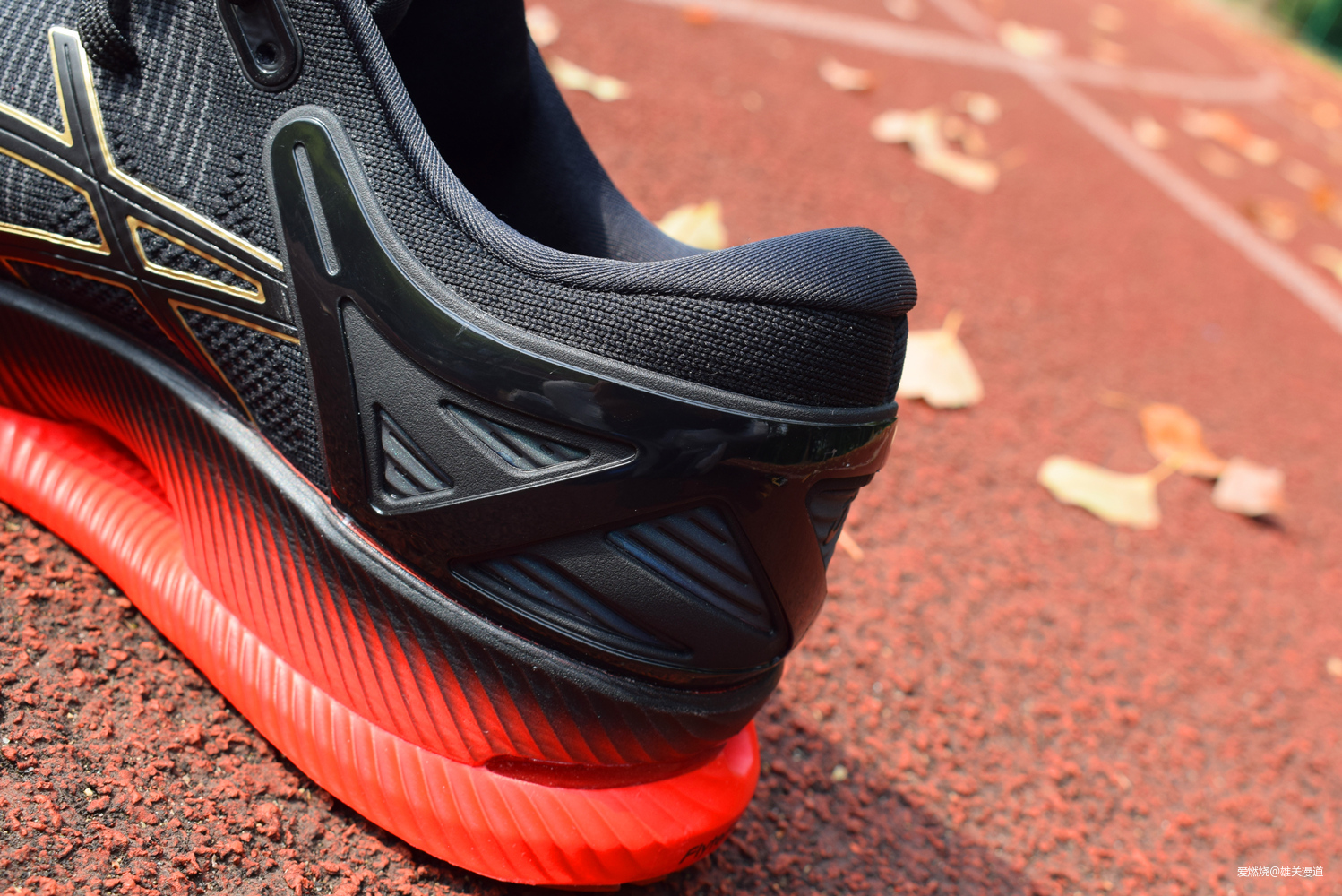 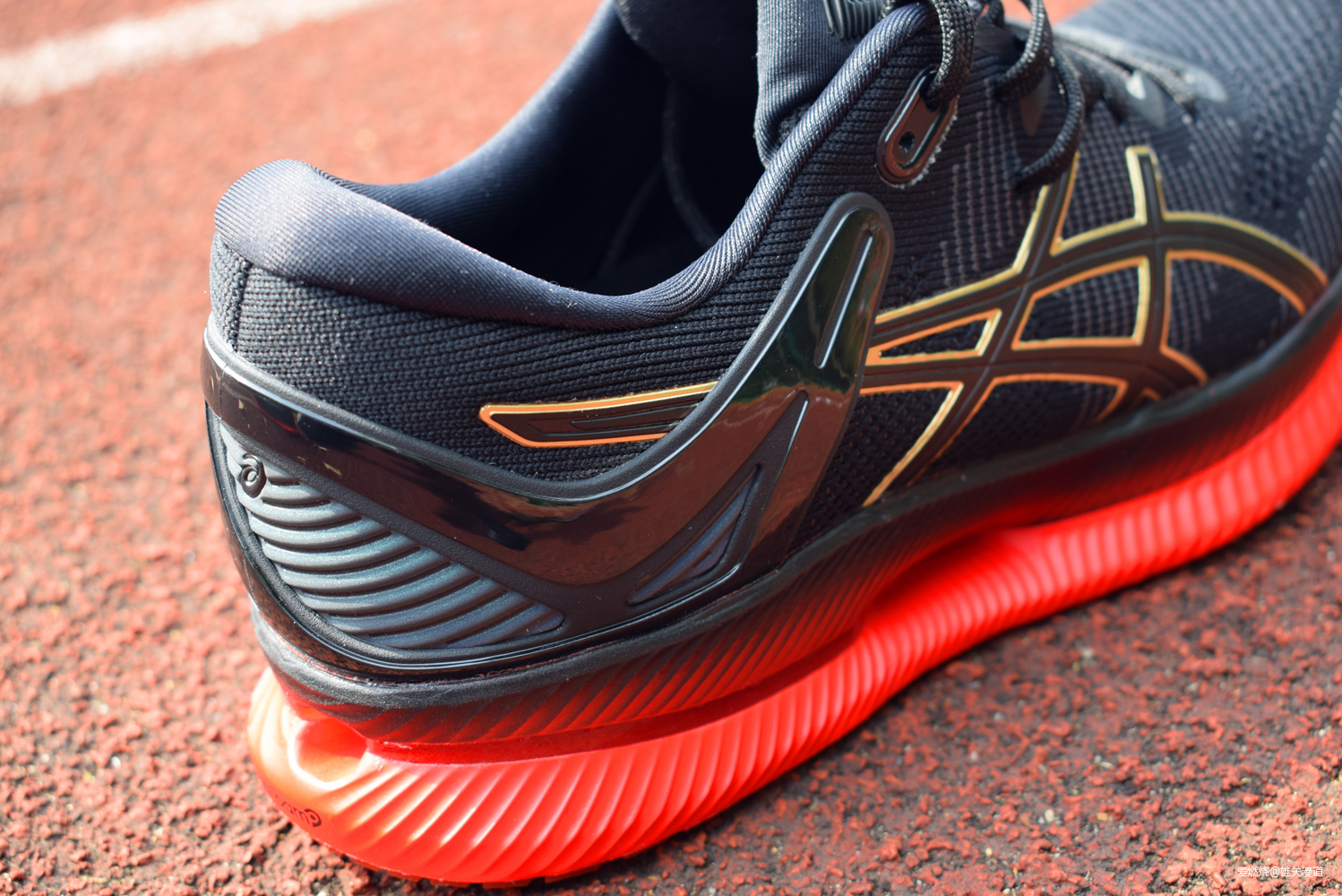 Asics MetaRide is equipped with external stabilizers at the heel which is named METACLUTCH by Acics. But different from the average heel stabilizers, METACLUTCH covers a big area of the heel, so it fits and sticks to the wearer’s feet very well. 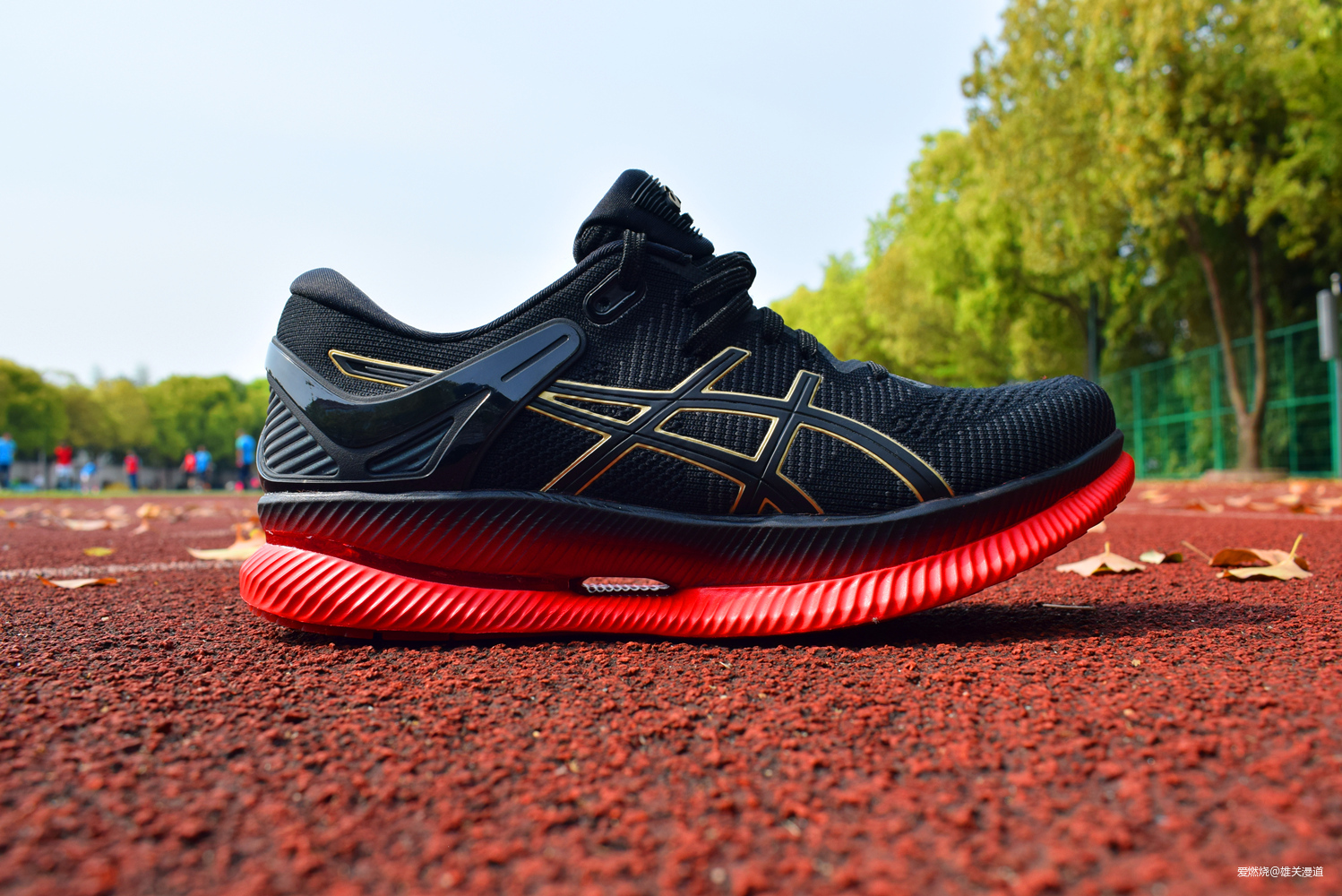 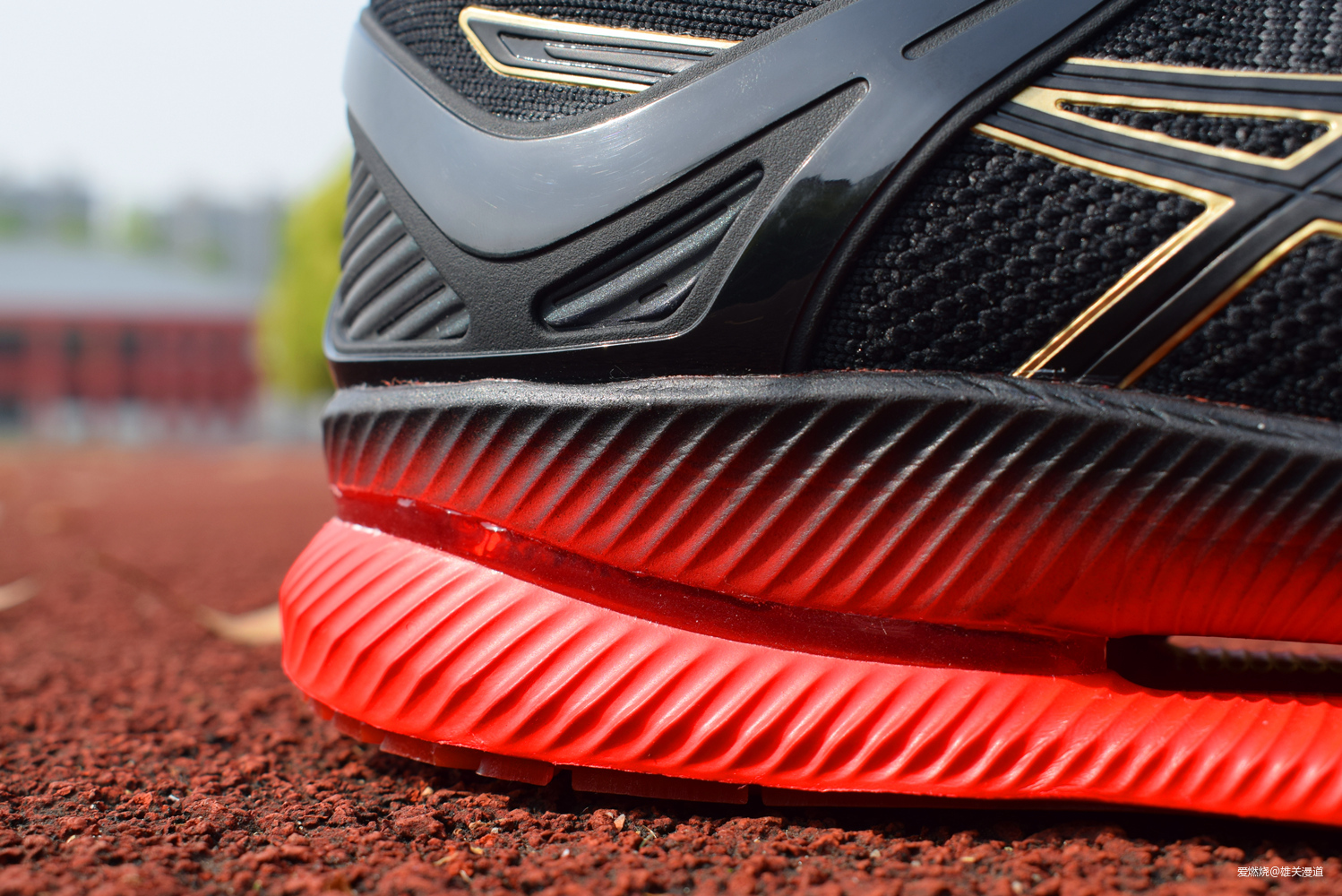 The multi-layer midsole of this shoe is the essence of this Asics MetaRide. The upper layer adopts FLYTEFOAM which originally appeared on Metarun and over the years, we can see it on Asics shoes because gradually it becomes more and more popular. In terms of performance, the FLYTEFOAM is hard as well as lightweight. Honestly speaking, from my perspective, it is, to a great extent, to my satisfaction. So you might as well have a try if you want to experience it in the flesh. For the lower layers, the shoe uses the FLYTEFOAM PROPEL, which is softer, more resilient than upper layers. 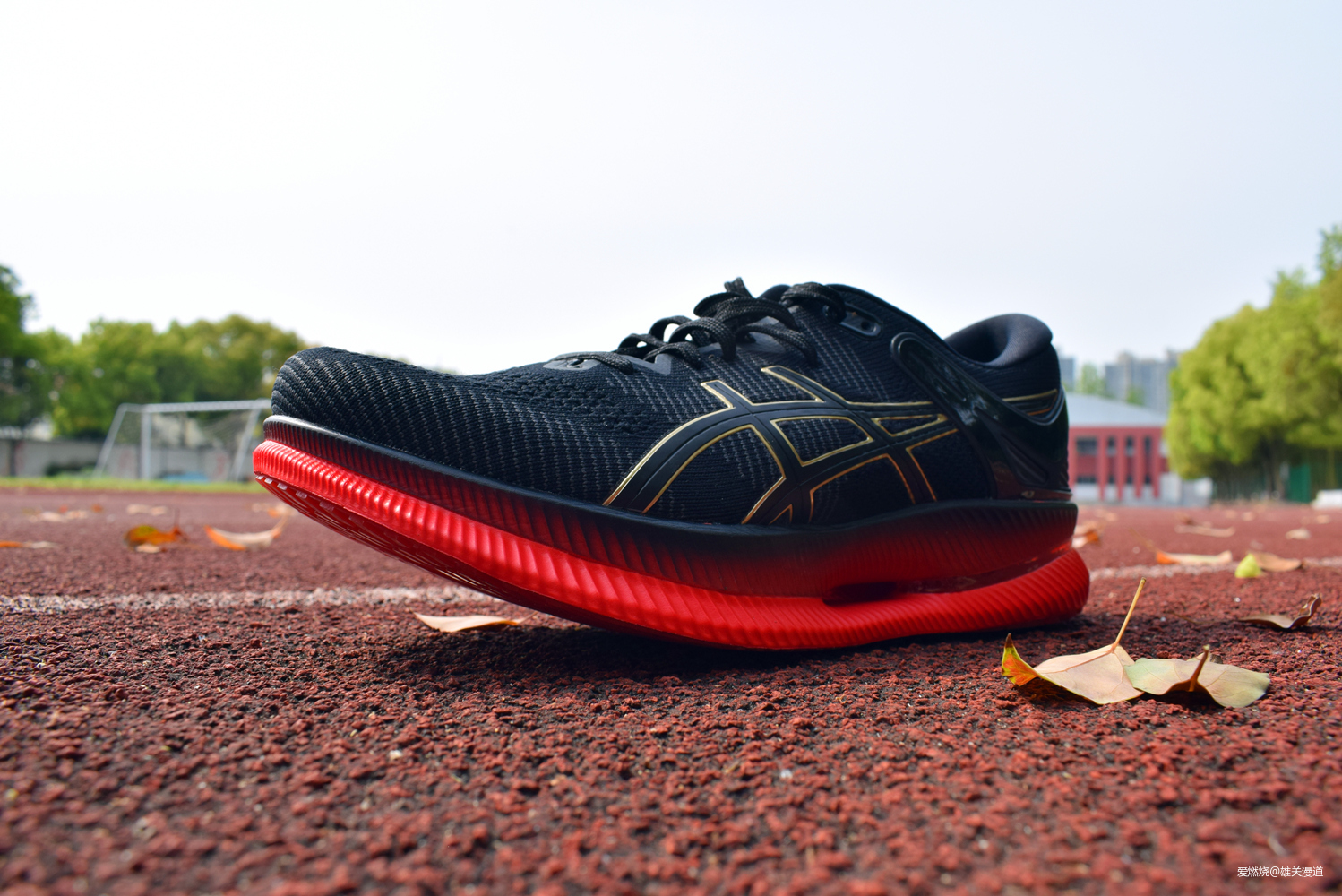 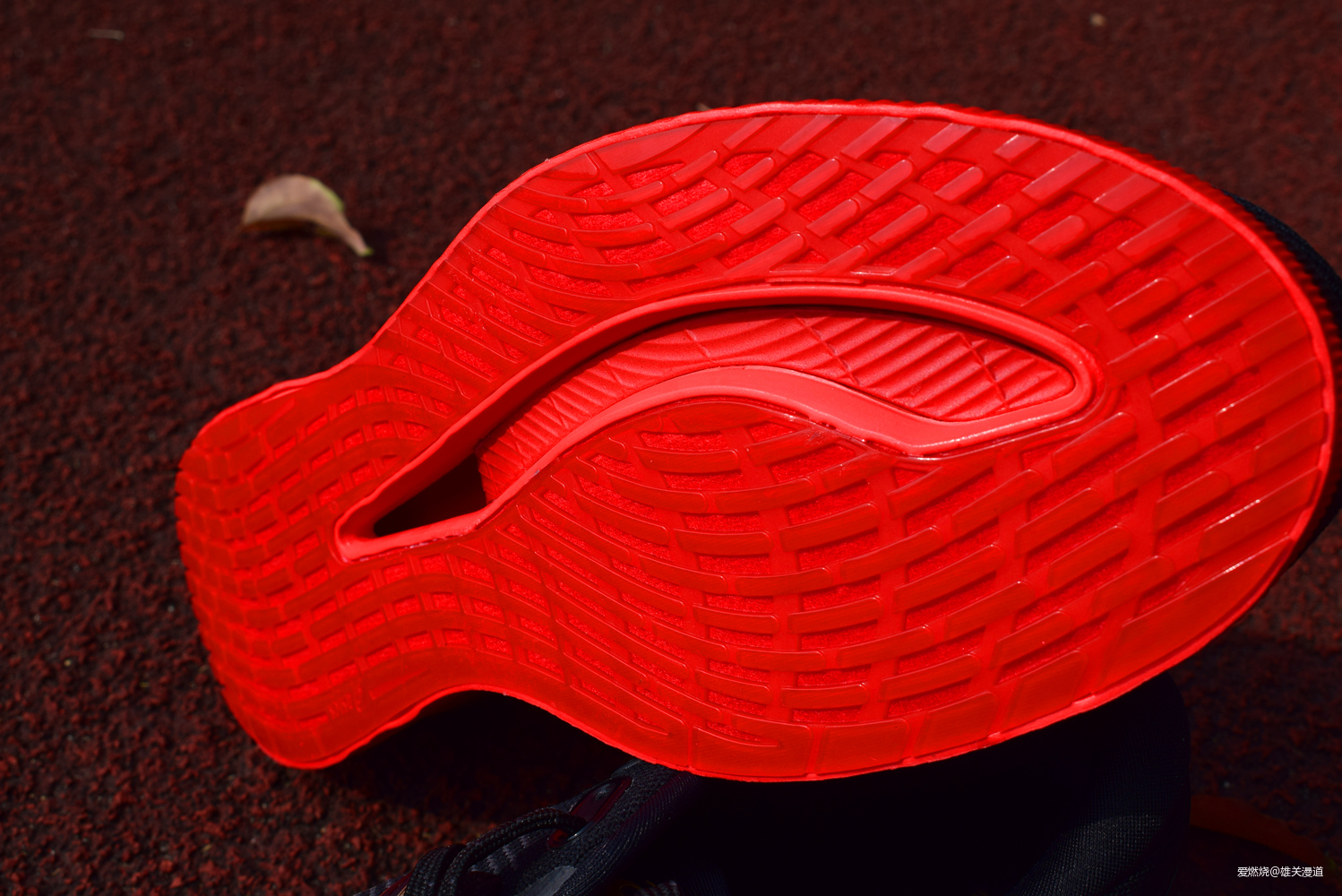 After Asics MetaRide was released, a new concept of the GUIDESOLE technology has been put forward, which is an essential difference from traditional ones. However, it should be pointed out that Asics MetaRide’s sole 31 mm thick. During the period of exercise, by reducing energy consumption at the ankle, the ankle fatigue at the ankle can then be reduced. 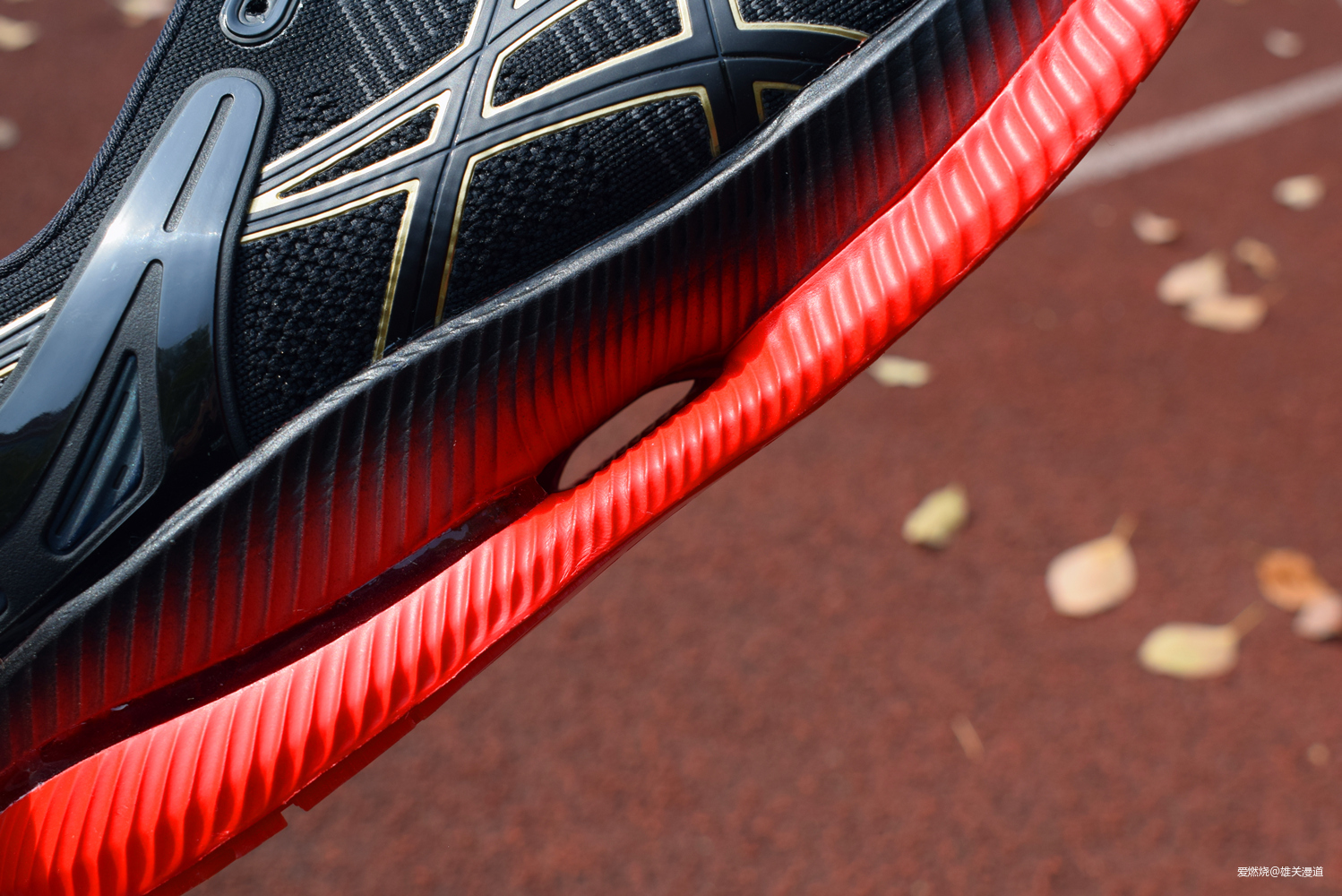 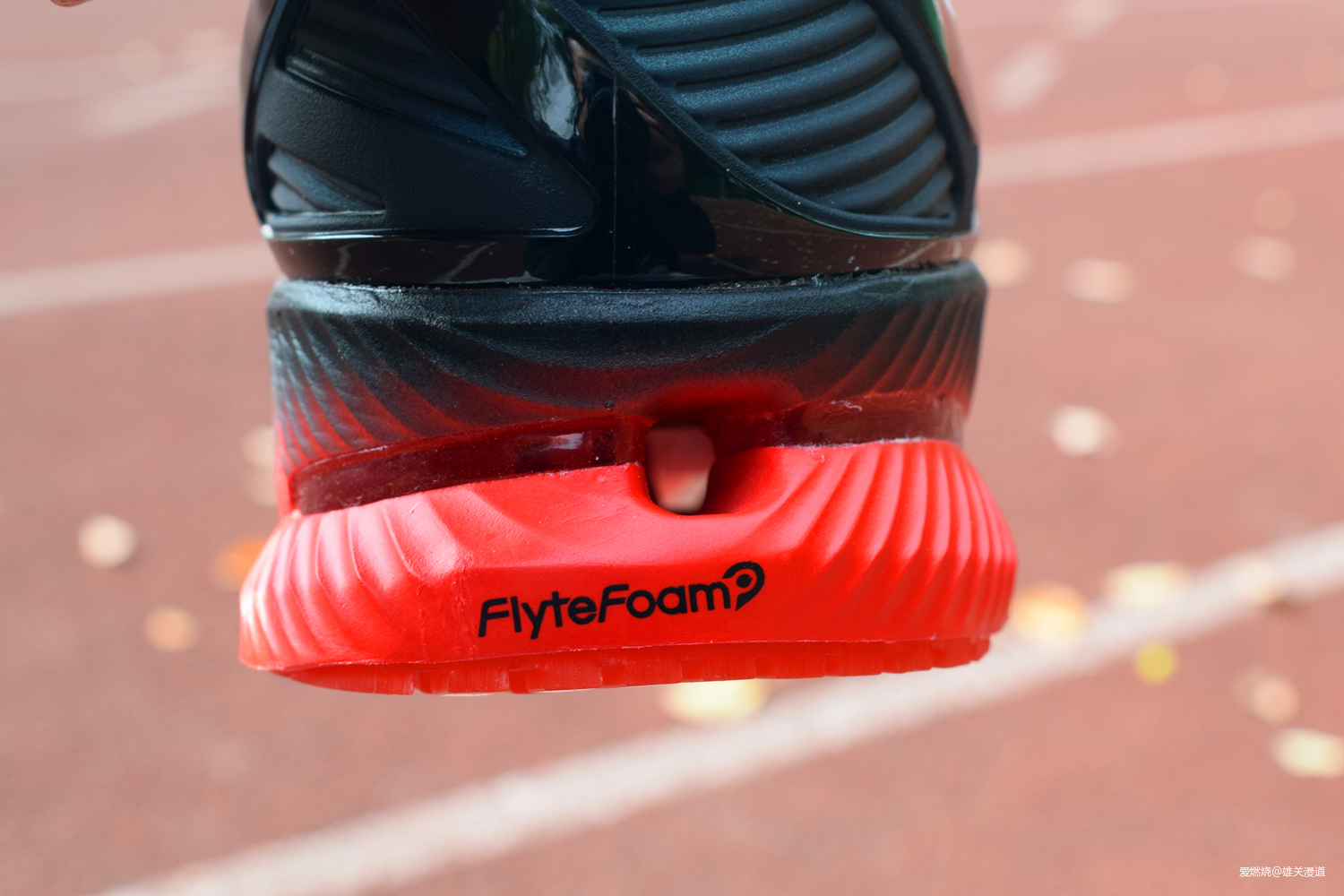 Another tech Asics adopts is the 3D GUIDANCE LINE in the sole. The mechanical design, on the once hand, ,makes the walking or running process more flexible, and on the other hand, reduces the shoe’s weight greatly. 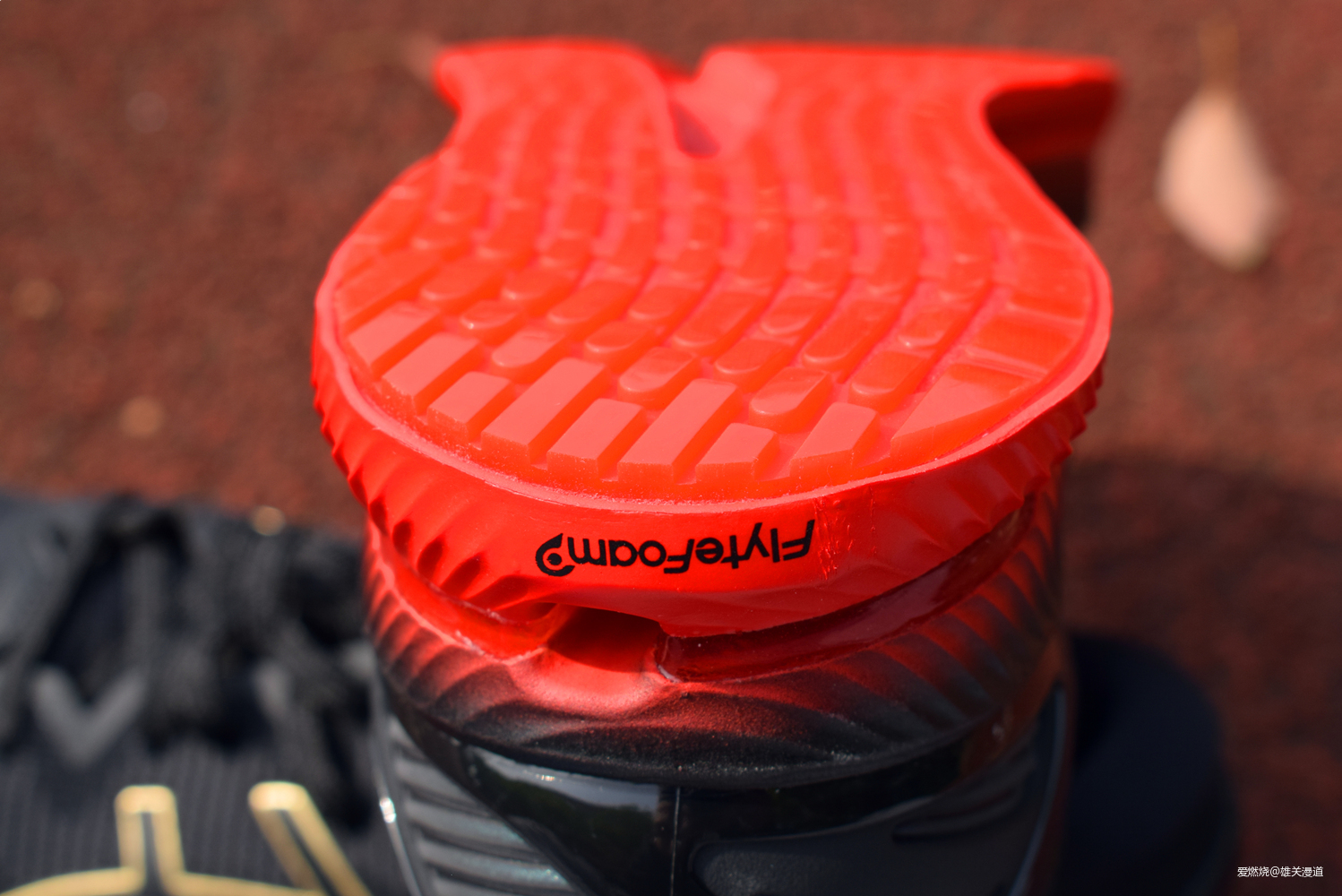 When it comes to the outsole, the new Asics GRIP SOLE outsole, which had a strong grip, but the problem is the grip is barely satisfactory in rainy days or on wet grounds. 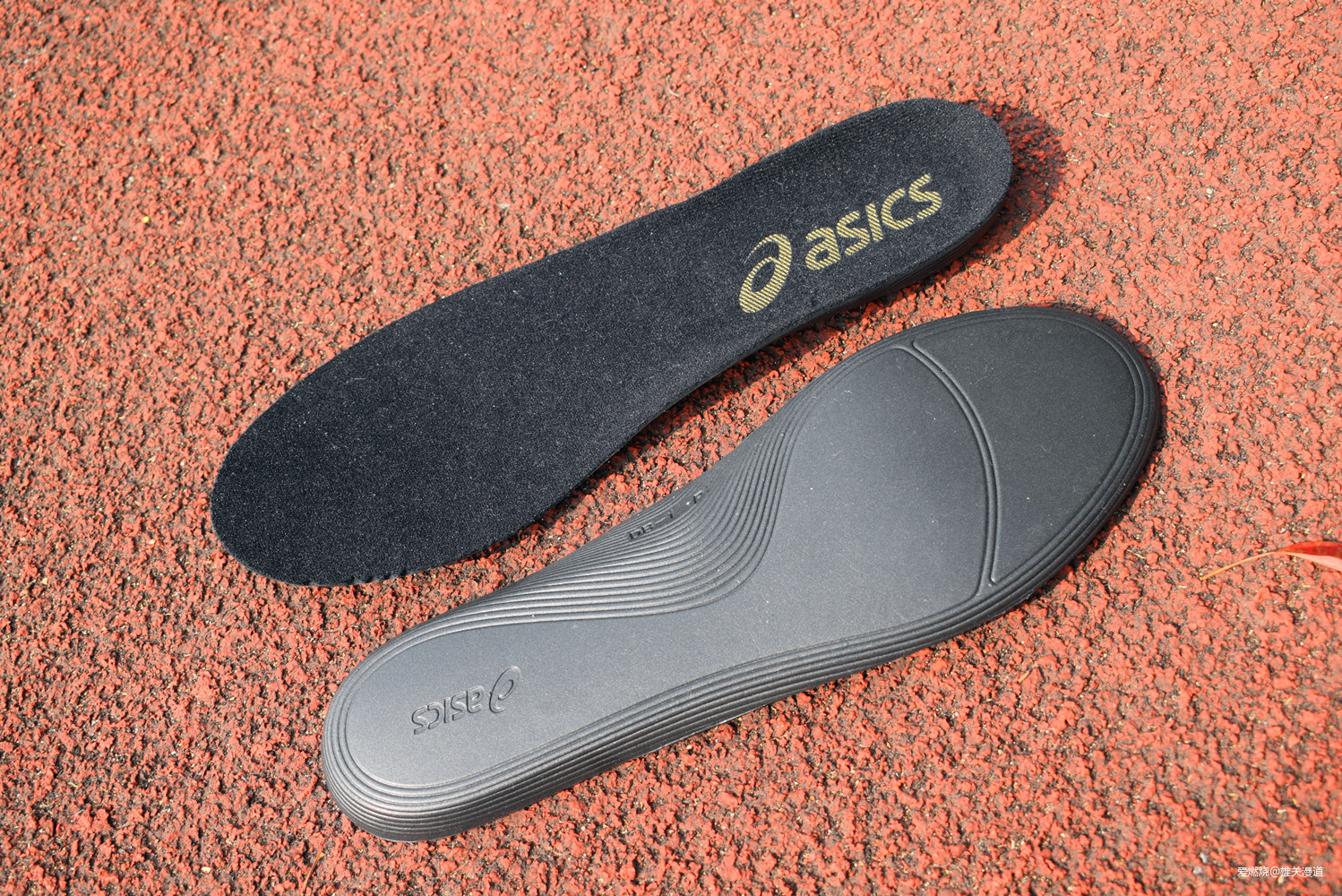 In terms of insoles, Asics MetaRide is equipped with highly springy 3D insoles for soft fit and comfortable experience. 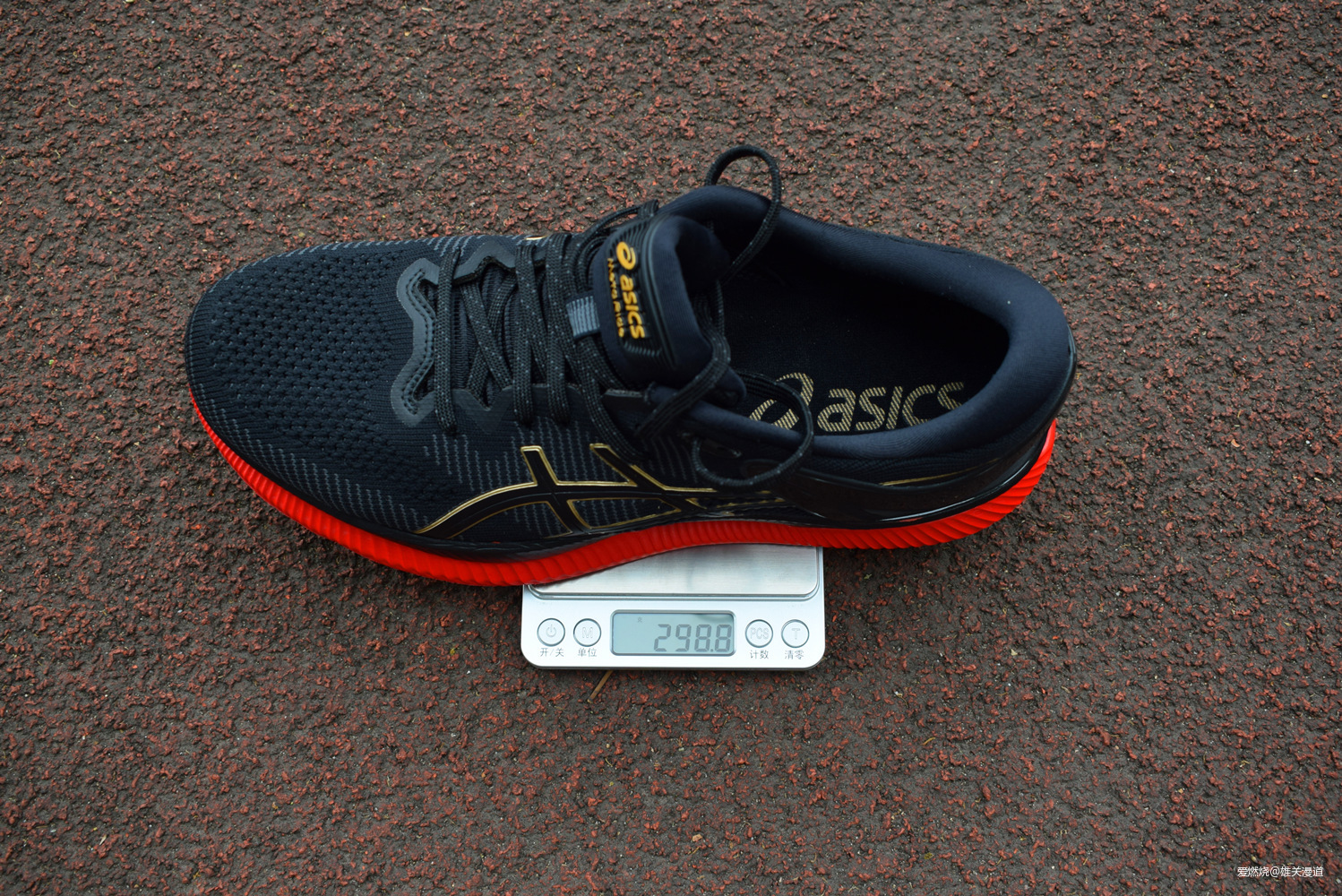 A shoe weighs 299 grams or so. From my point of view, this is an average job done by Asics. 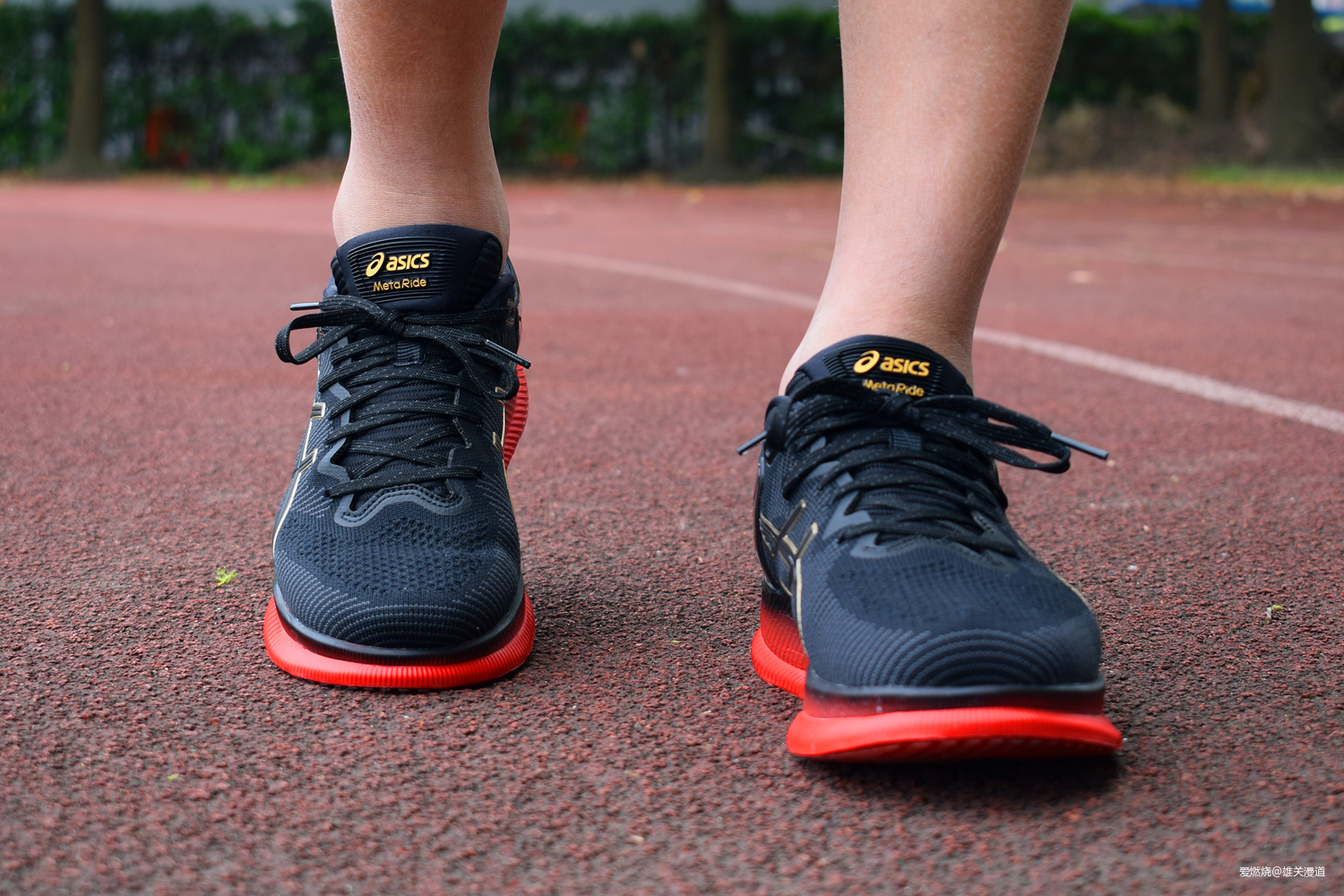 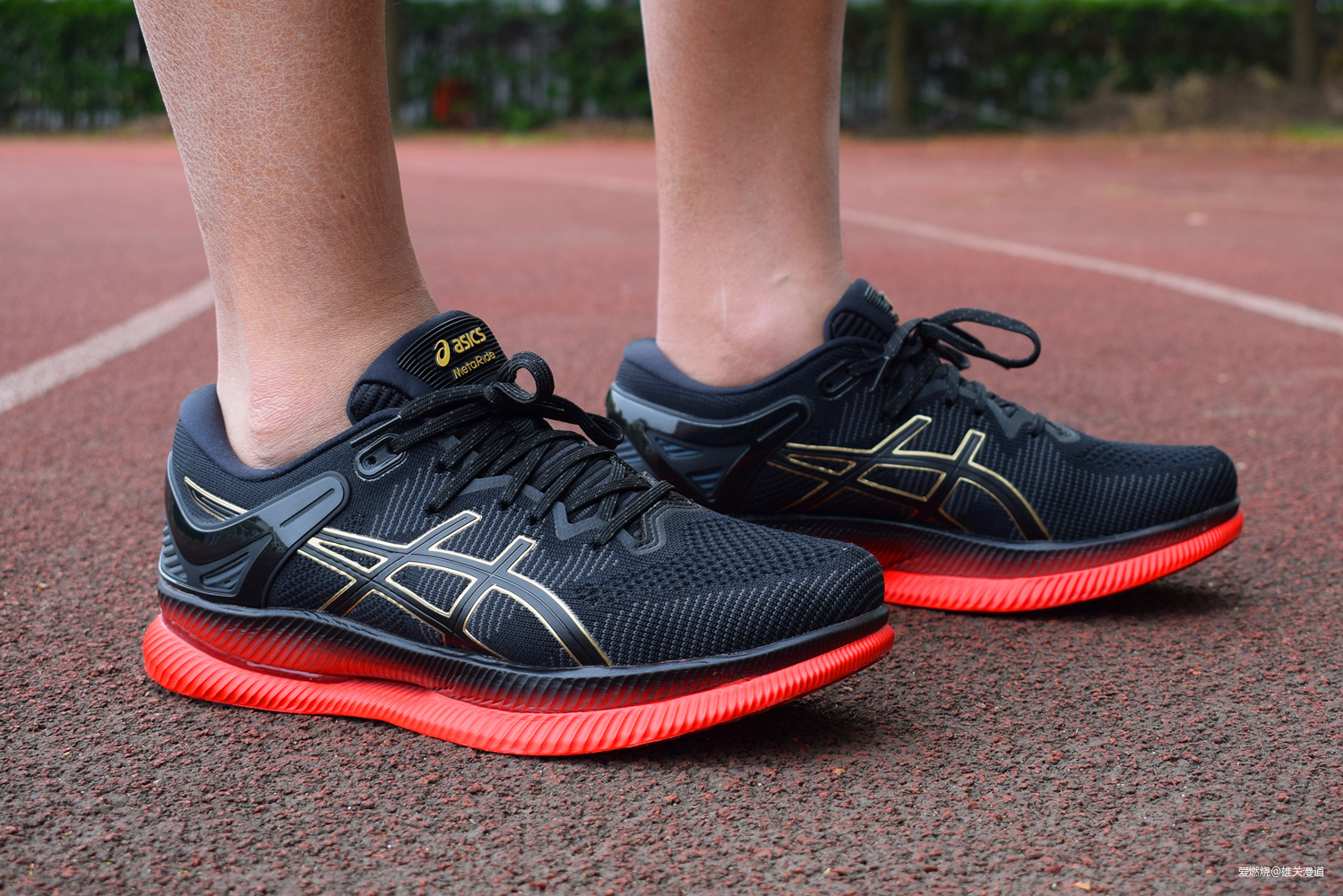 Asics shoes are said to have excellent wrapping. But of all the Asics shoes that are lying in my shoe cabinet , I like this MetaRide best for it has nice wrapping. However, I am a wide footer, so the outside of  the toe part causes a slight pressure. 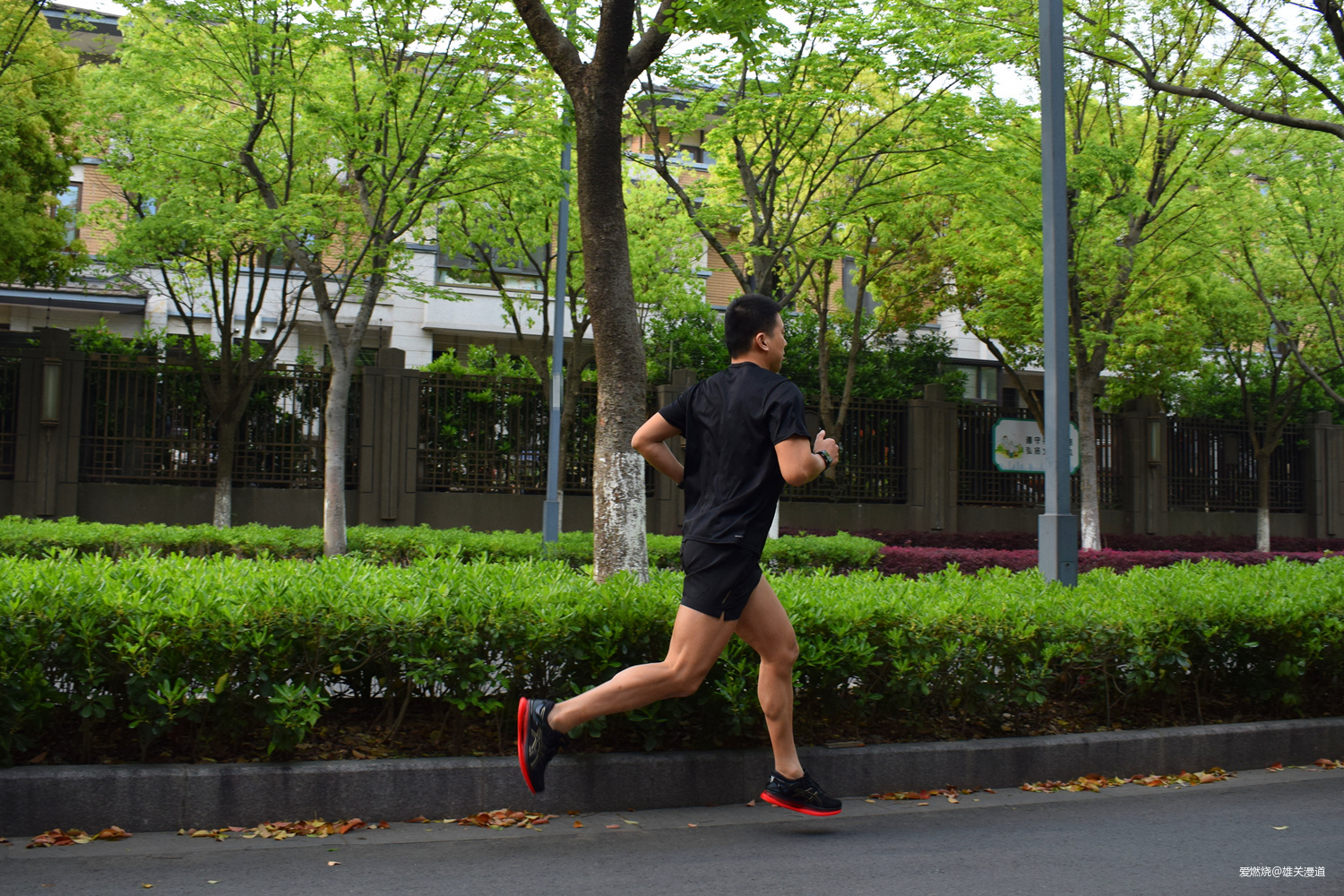 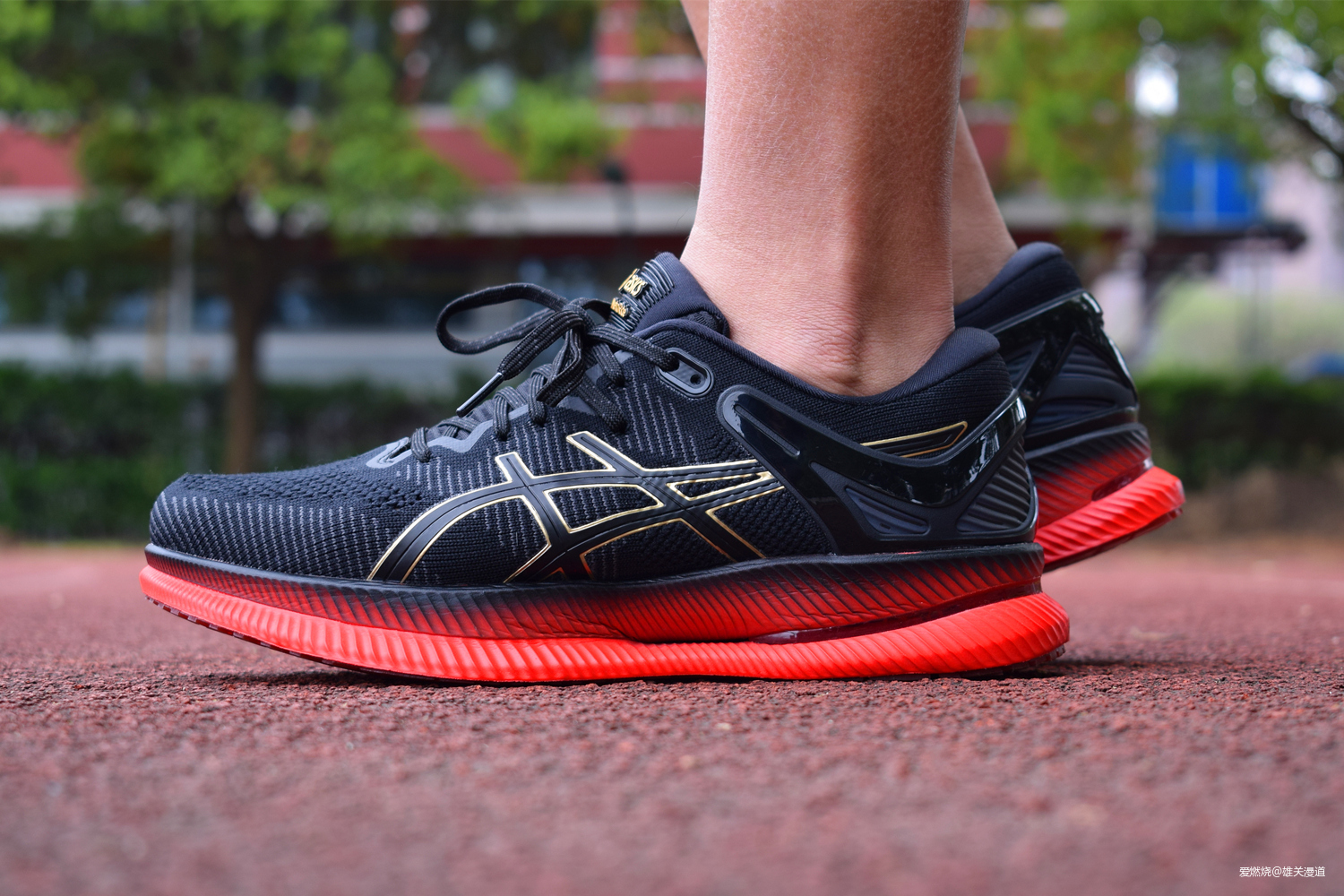 Overall:
Asics MetaRide is a combination of a variety of materials through mechanical and physical structure design. The impressive appearance, the excellent midsole and new tech are all inviting for we running shoe fans. It is a bit expensive though,   it is still worthwhile trying.