I guess you’ve got a bit astounded at the colorway of this  Decathlon KD Light. It is bright and compelling, isn’t it? Well, honestly, I am rather surprised, but exultant at the same time purely at the glance of this Decathlon KD Light. Designed for female, this fluorescent green projects a very vibrant image. 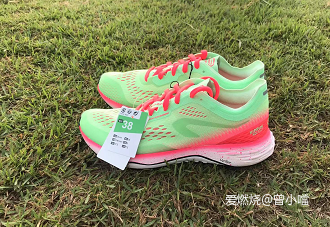 As can be clearly seen  from the picture that the outside net is fluorescent green while the lining and the shoe laces both use coral pink to form a visual aesthetic effect. Besides, the coral pink is also used in connection with the large fluorescent green upper and the white midsole. From my point of view, the tow colors match nicely, which offers vitality for this running shoe. 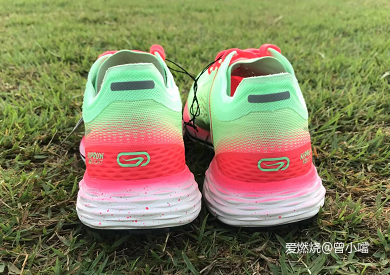 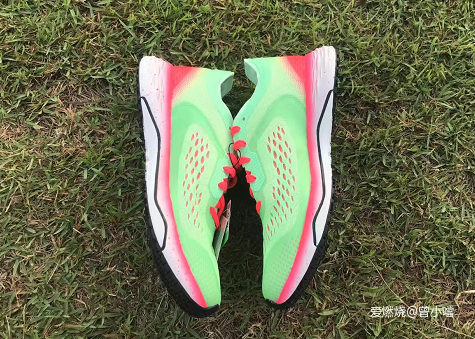 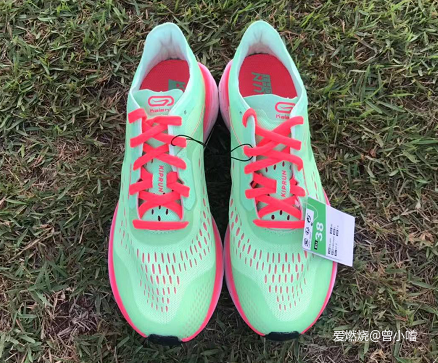 I feel rather honored for I can have a pair of Decathlon KD Light of my own. KD Light is the first decathlon shoes I owned and before I got it I was looking forward to the so-called “fantastic experience” it was going to bring to me. So I wore it out as soon as I got it. Based on the ground of my experience, the shoes are satisfying. The heel part and the laces wrapped my feet tightly so that I felt like I was just wearing a pair of socks. The filling inside is also friendly to my feet, which won’t cause any bother. 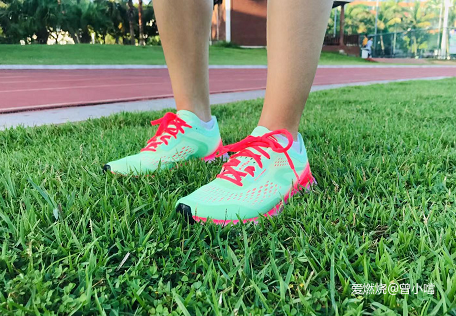 In addition, the upper fits my feet nicely. For wide footers, it is good news because there is extra room in the forefoot. But for matters of the cushioning, maybe it needs some more testing for I’ve just tested it several times. But I still have to illustrate the details to you. The first wearing experience was that the sole was very hard and did not give me any feedback in the least. However, after some more testing, the cushion did start working and for average runners this cushion is more than enough in outside field. Therefore I don’t think it will become a deal breaker. As for those who needs a lot of cushioning feedback I think you might get failed because KD Light is still a far cry from those super excellent ones in this aspect. 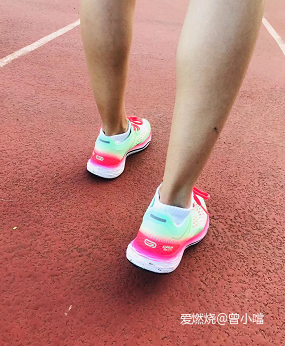 A shoe weighs only 215 grams which is super excellent and bring no burden to the feet. As for the rubber ousole, it makes me feel very comfortable. Whatever kind of outdoor field I run on, the solid honeycomb outsole grabs nicely. It seems every time when I was in need it just showed up and saved me from danger. This is never exaggeration!

On top of that, those who worry about the life span of shoes can take KD Light into consideration this time for the thick rubber can extend the life of shoes. 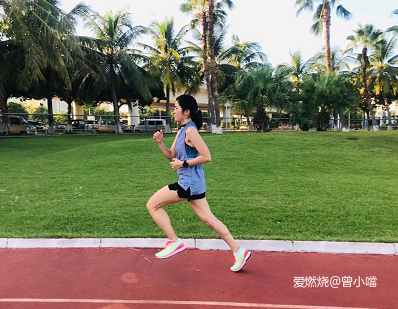 In my first run I chose the rubber track and after running for several kilometers, the bouncy feedback from the the Kalensole sole became more conspicuous. Since the outside layer of the shoe is made of seamless single-piece fabric it brings quite a light and breathable foot feel. Even if it was 30 degrees celsius that day I was not in the least affected. 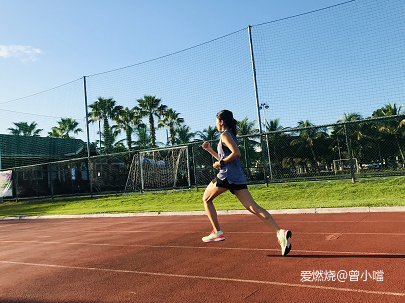 The most impressive feature of Decathlon KD Light is its traction which has been mentioned before. With a view to comprehensively testing the traction, I even tries it out on wet days and at corners. The fact is that I literally jumped of my skin actually because it did a tremendous job when I was out on wet grounds and at corners.

Notwithstanding the first try of KD Light, I can not content myself with it enough. I dare not say this is a first-rate running shoe, but definitely it will suit most of your requirements. Besides, it is rue that it has a nice appearance, however, once you have a try you’ll know that it is the performance more than the appearance that satisfies you. Actually,  KD Light is a nice companion on which you can fall your back.