When I was recalling the images that PG series projected to me, it first surged into my mind that the PG series’ wrapping was excellent and the front ZOOM AIR quick responsive. However, rumor has it that this Nike Paul George 4 is very unusual. So what on earth has happened to this model? Is there something new or anything amazing? 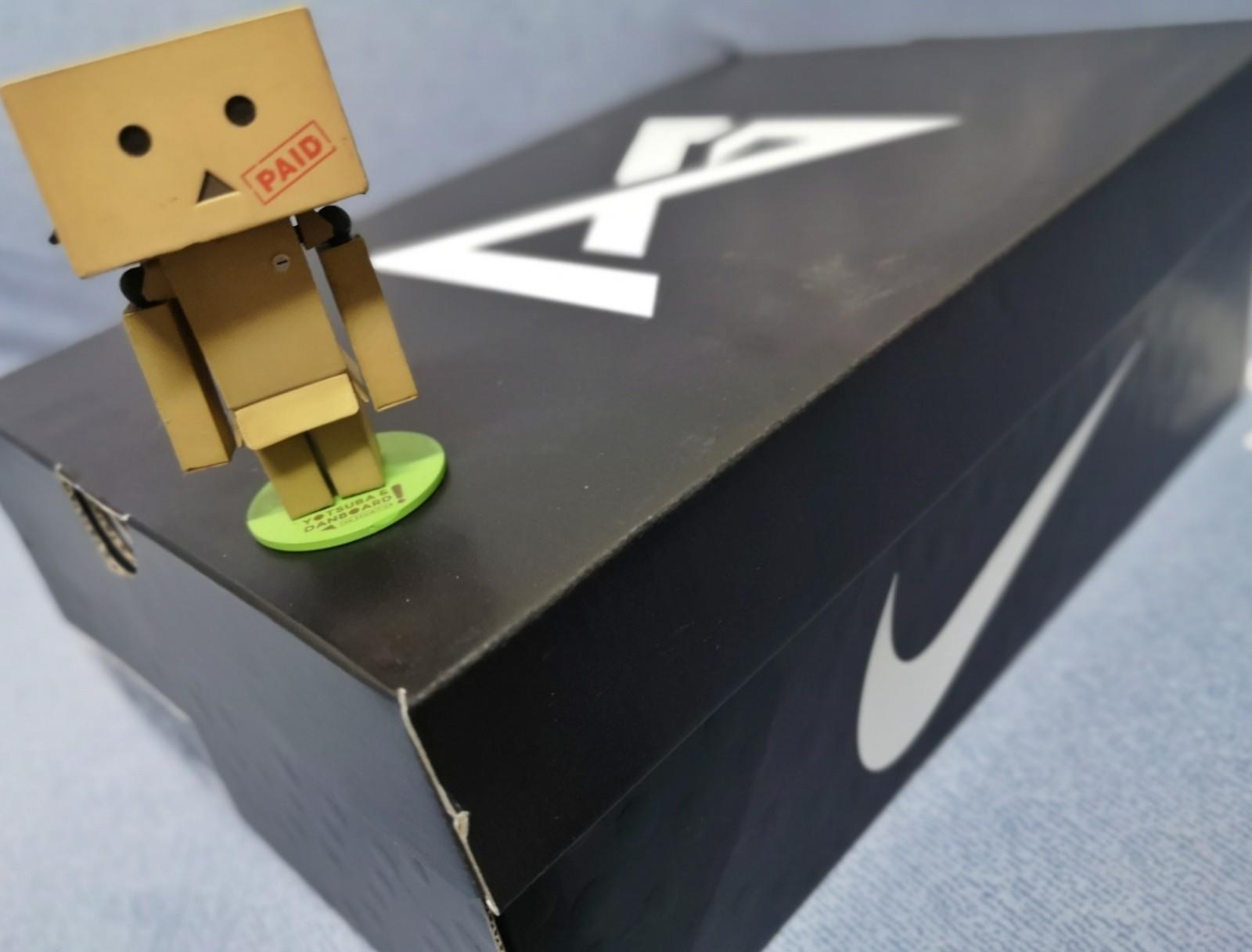 It occurred to me that the first version of PG has had the similar black box. But the two editions differs in that this Nike Paul George 4 has its own emblem this time. 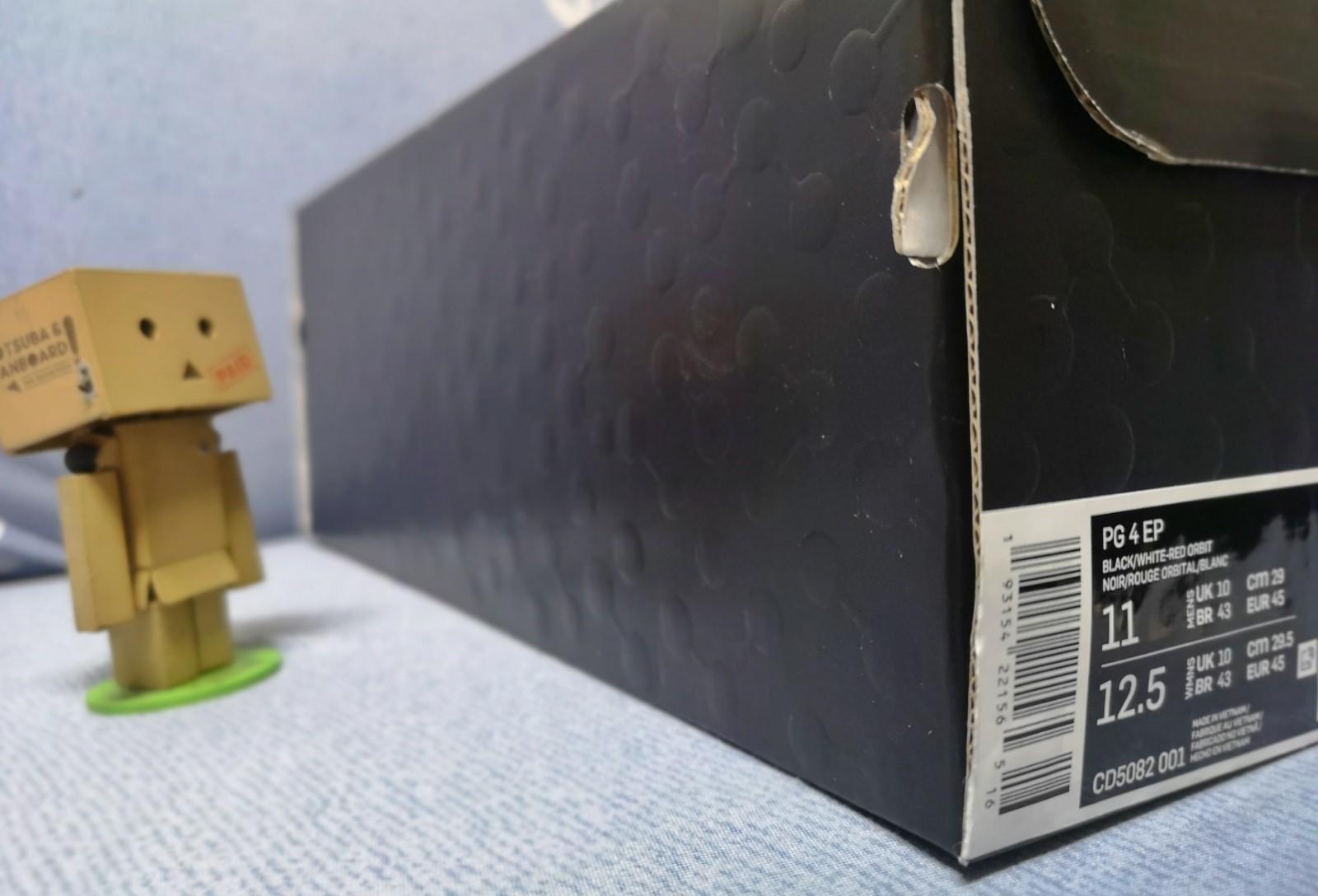 The release of Nike PG 4 has arose a heated debate. Some criticized that it is just an ordinary running shoe whereas others observed that  it’s a homage to the classic shoes. But from my point of view, I myself like it very much and I can not praise it enough.  I am given into the vamp design and I would appreciate it much more if only the setups were upgraded a bit. 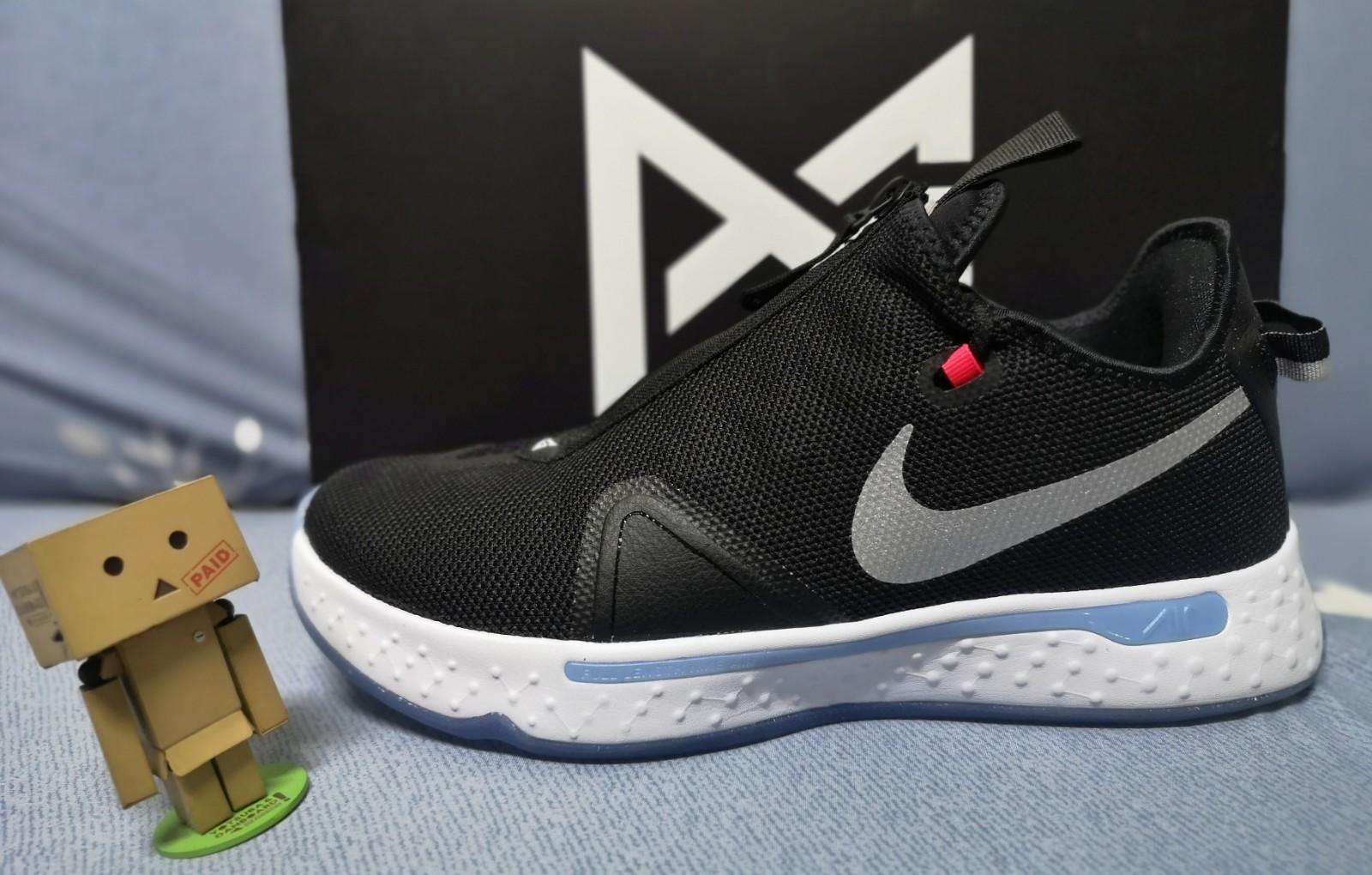 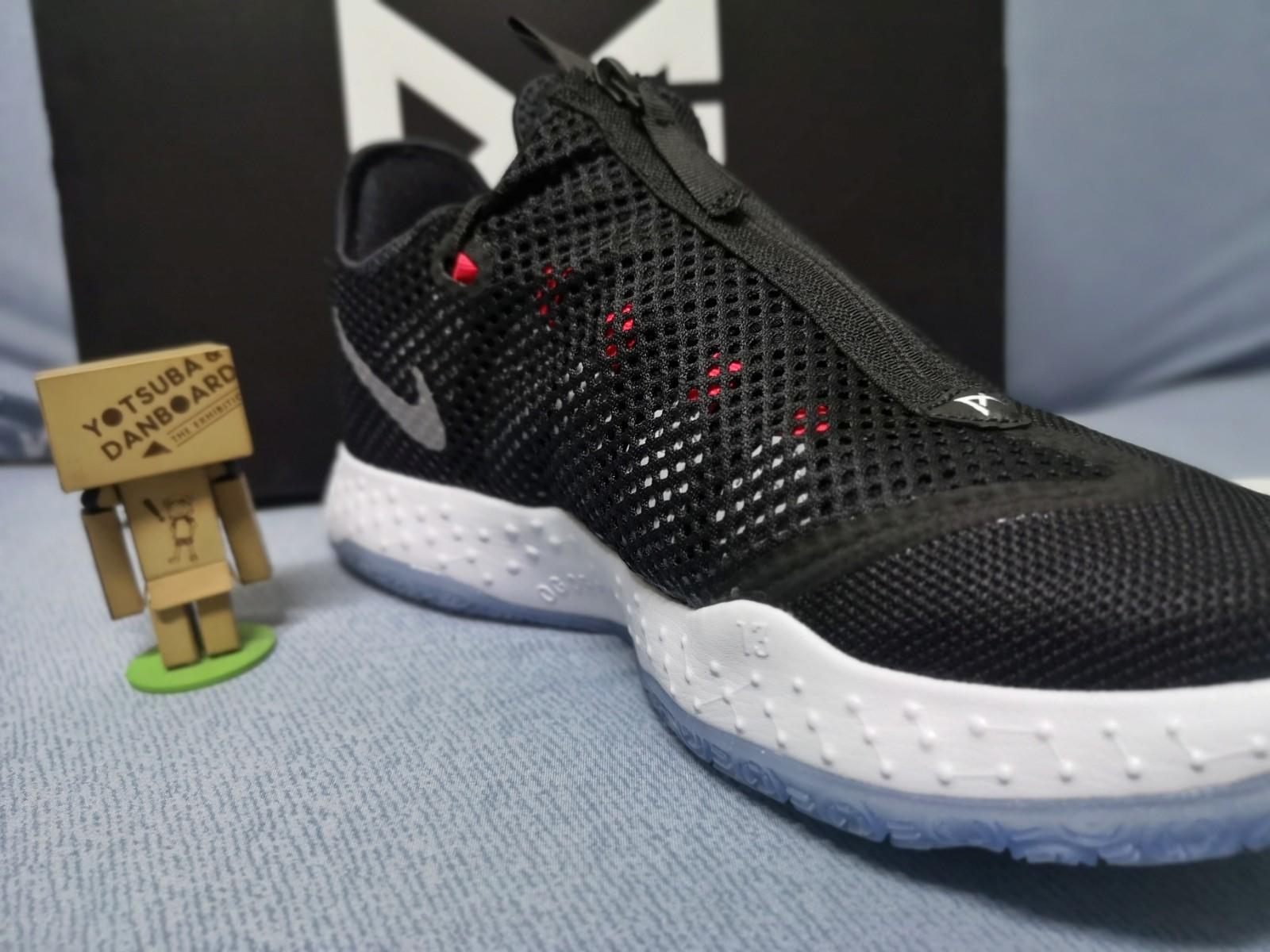 This time, the vamp is designed with asymmetrical vamp both inside and outside. The breathable material with large mesh holes of the inner layer is really nice and practical. And the contrast of the different colors, I think, is  conspicuous. There is PG mark on the tongue of the shoes which is thickened as well and so the wrapping is rather enough. 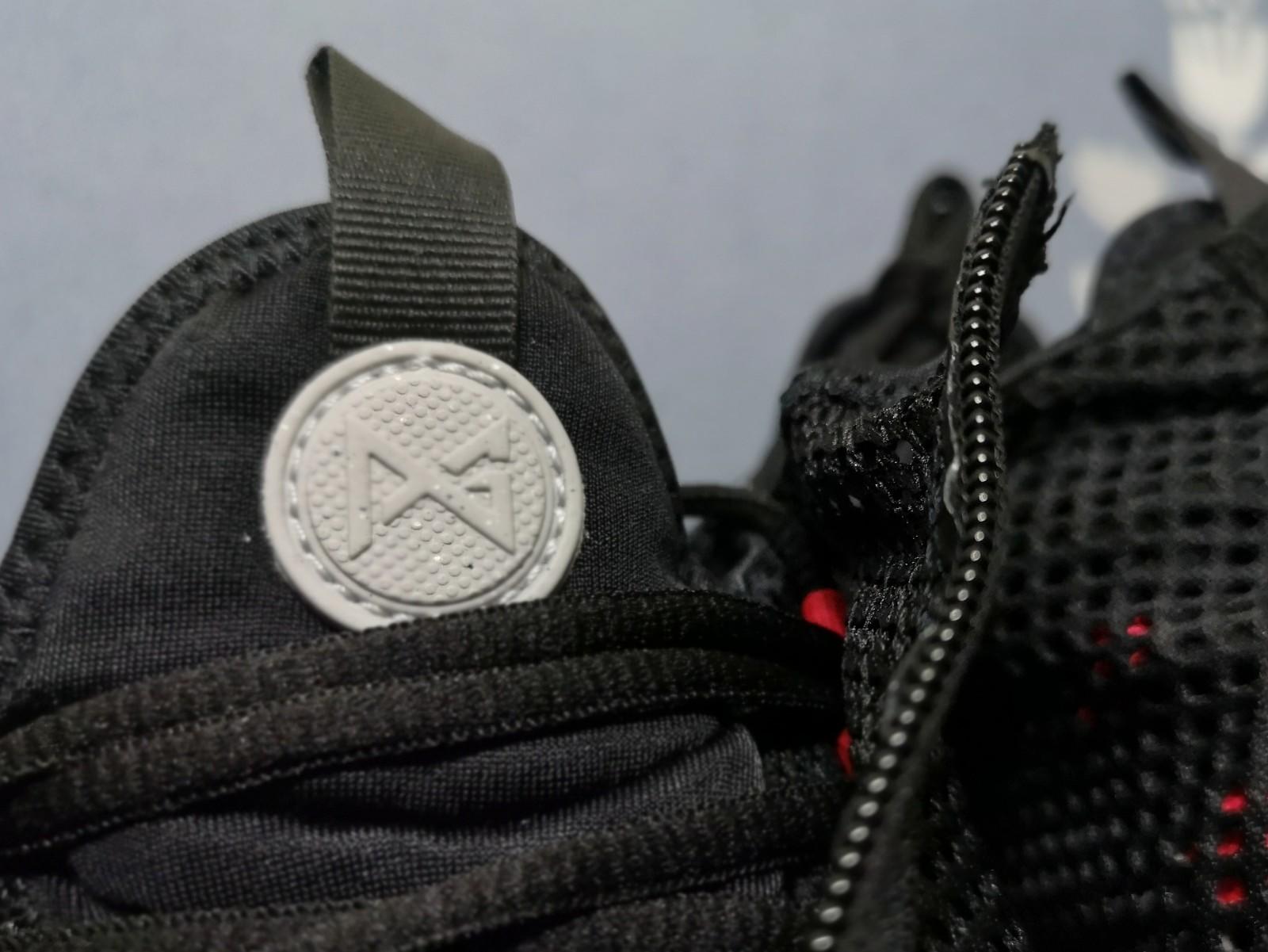 At the heel, there is also a collar along with the signature of PG. Added with some filling, the shoe is sure to perform nicely in the supporting respect. 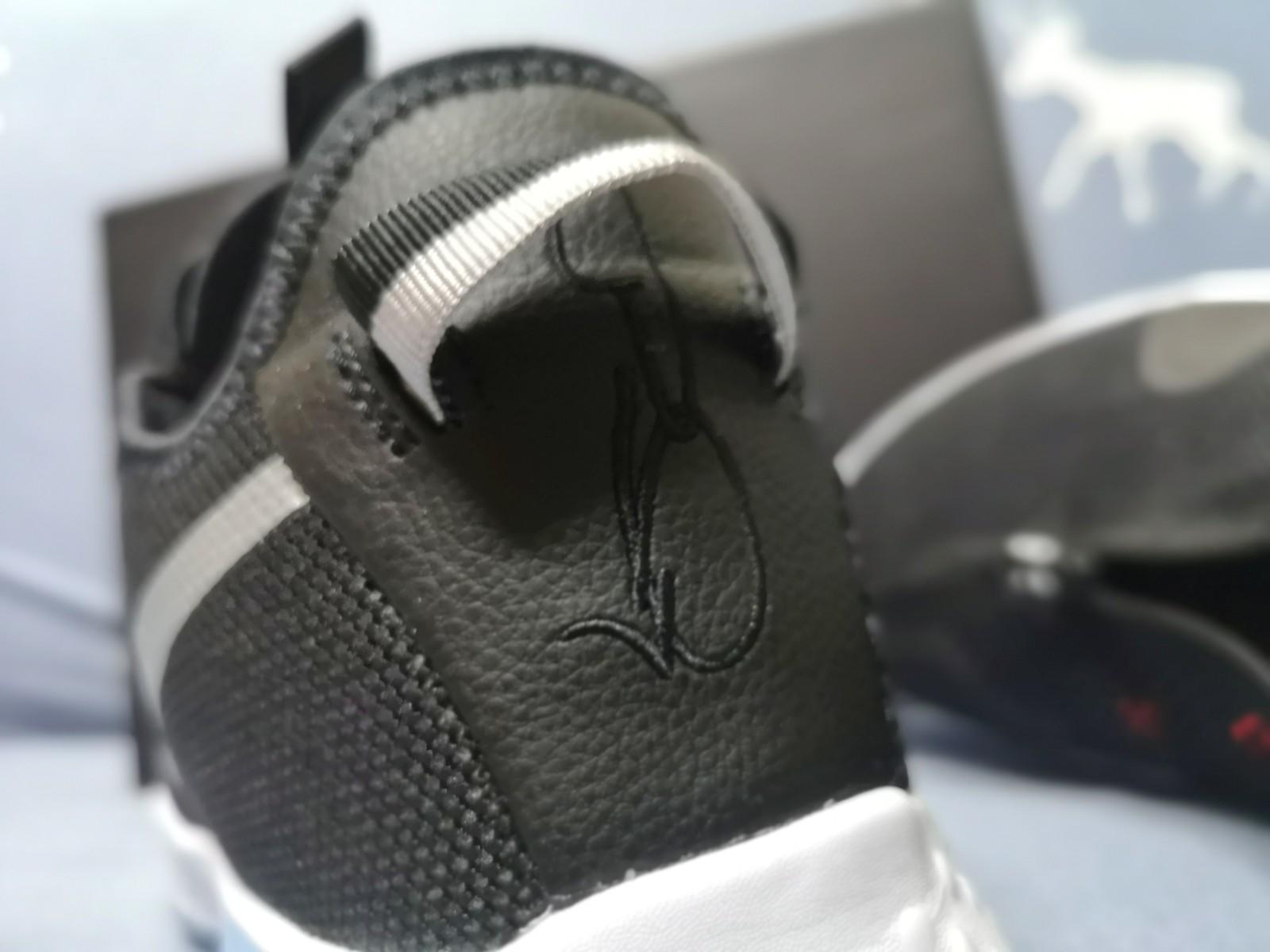 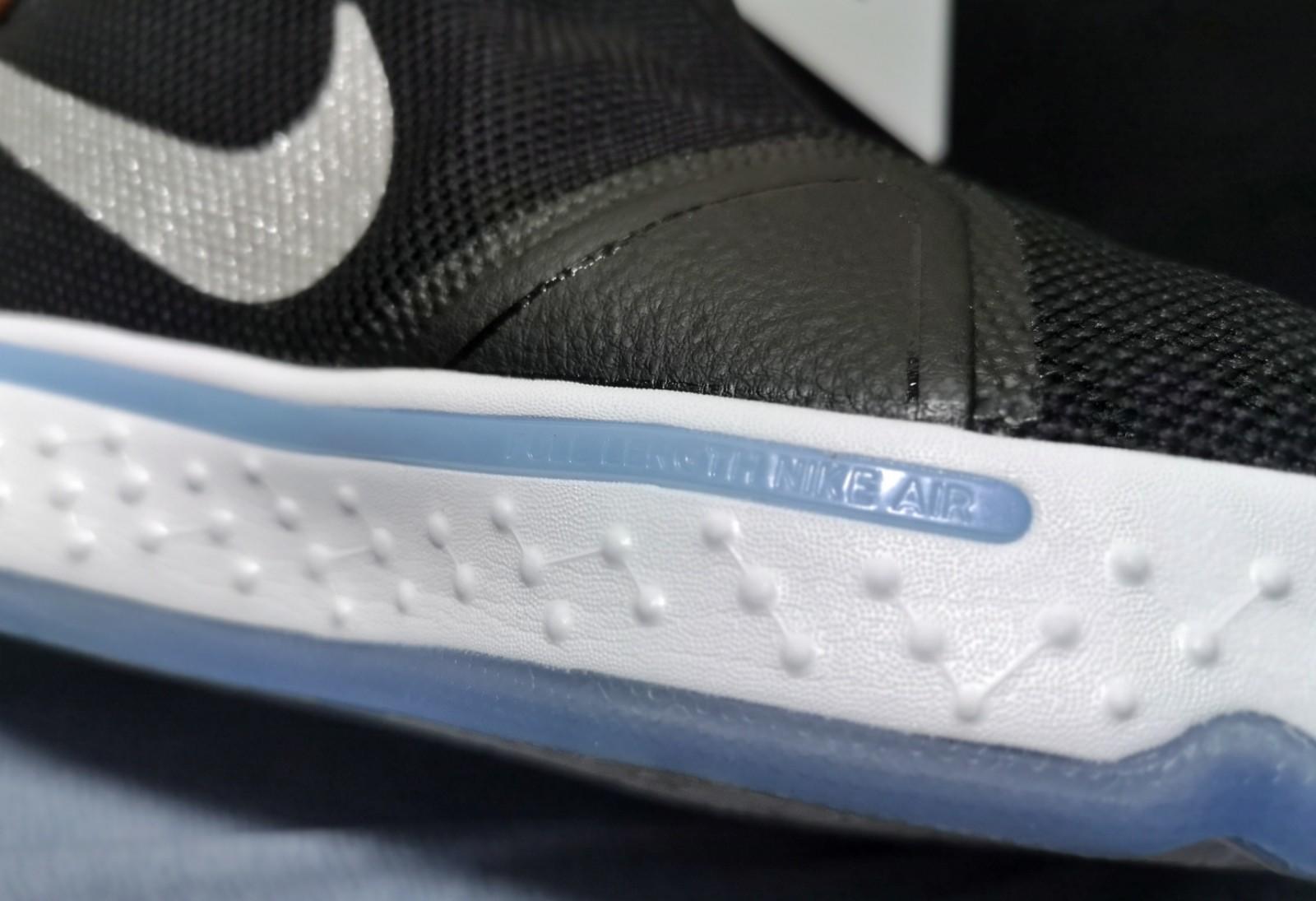 On the surface of the midsole there is a  AIR cushion,  which represents the diagram of AIR STROBEL and indicates a full foot Air cushion. 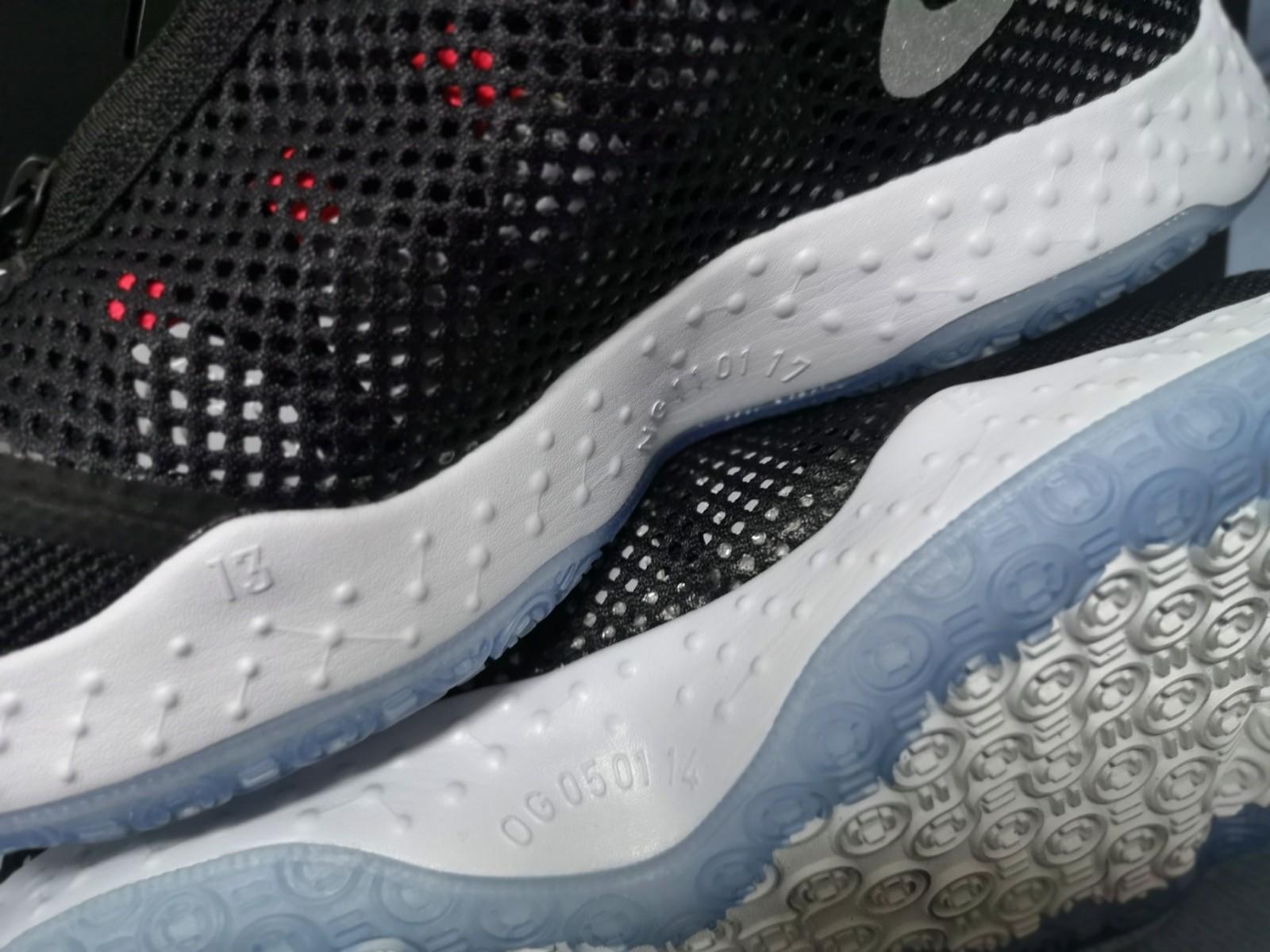 Inside  the midsole, a number and some letters and several figures are printed , indicating some specail of meanings for PG. 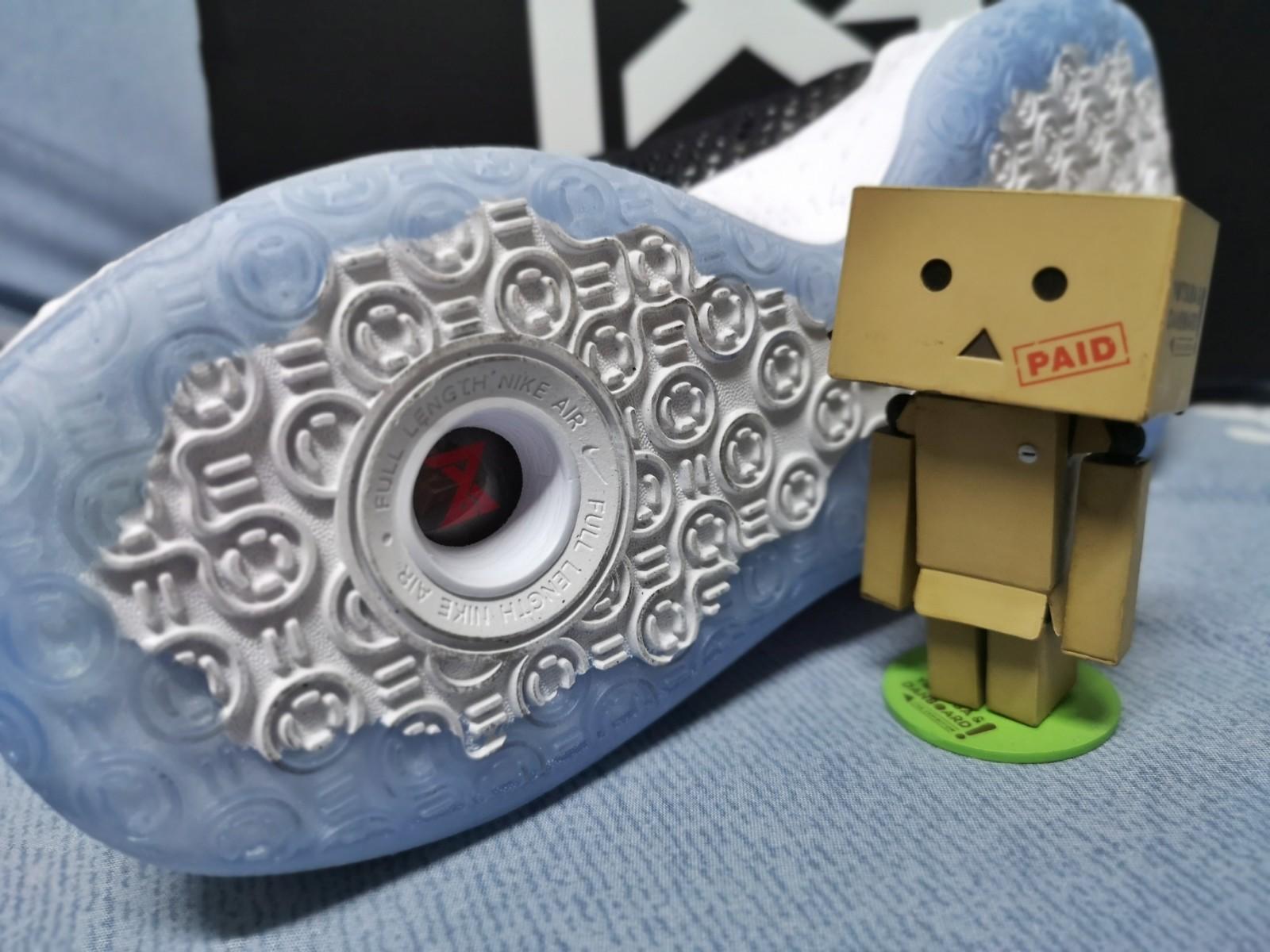 There is no doubt whatsoever that the design of the sole is inviting and special and is a great highlight for this shoe. As can be seen that the hollow zone in the sole is a bit big and because of this, a fairly thick Phylon is obviously seen. 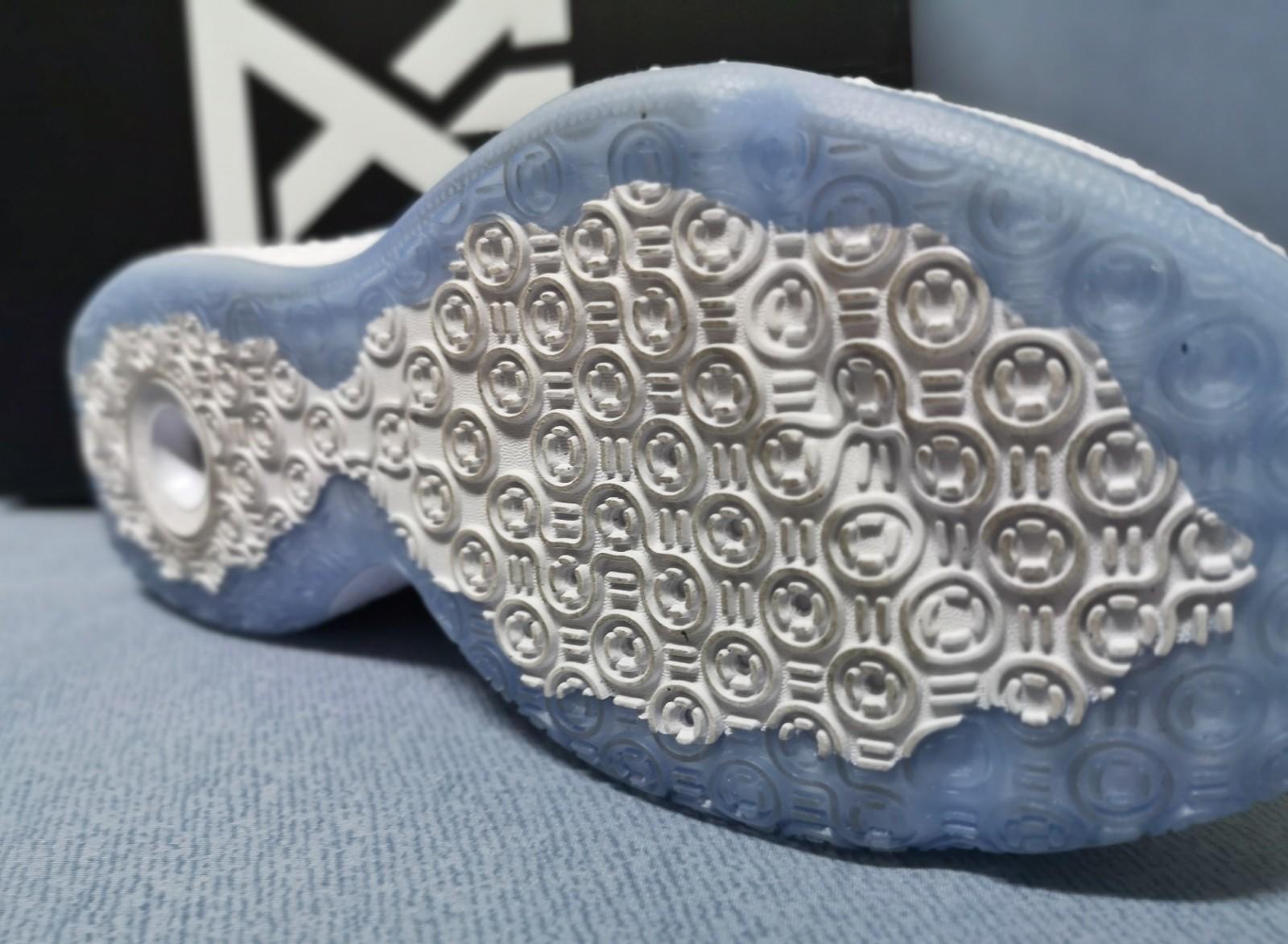 The indentation in the outsole continues the design of the pit indentation in PG 3, so there is simply no need worrying about grip. In addition, there are grooves in the forefoot that increase the flexibility of bending. After all, the  midsole of this PG 4 is thick enough. But the downside is that the relative reactivity is not nice. I should say this is one of the few defects of this pair of shoes. 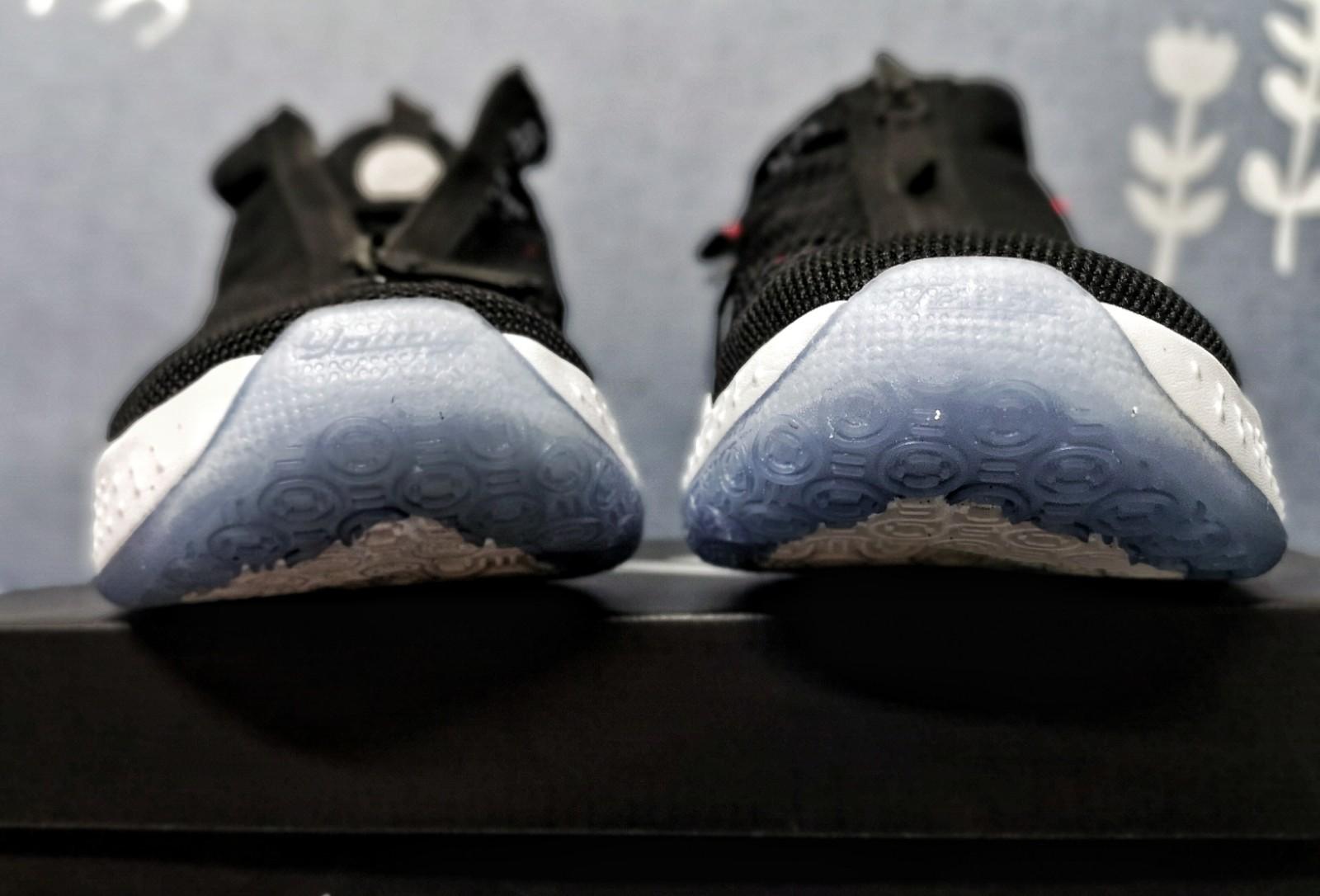 At the toe, it is the social media account of PG,  @ygtrece, Young Trece, in which the Trece means 13 in Spanish. 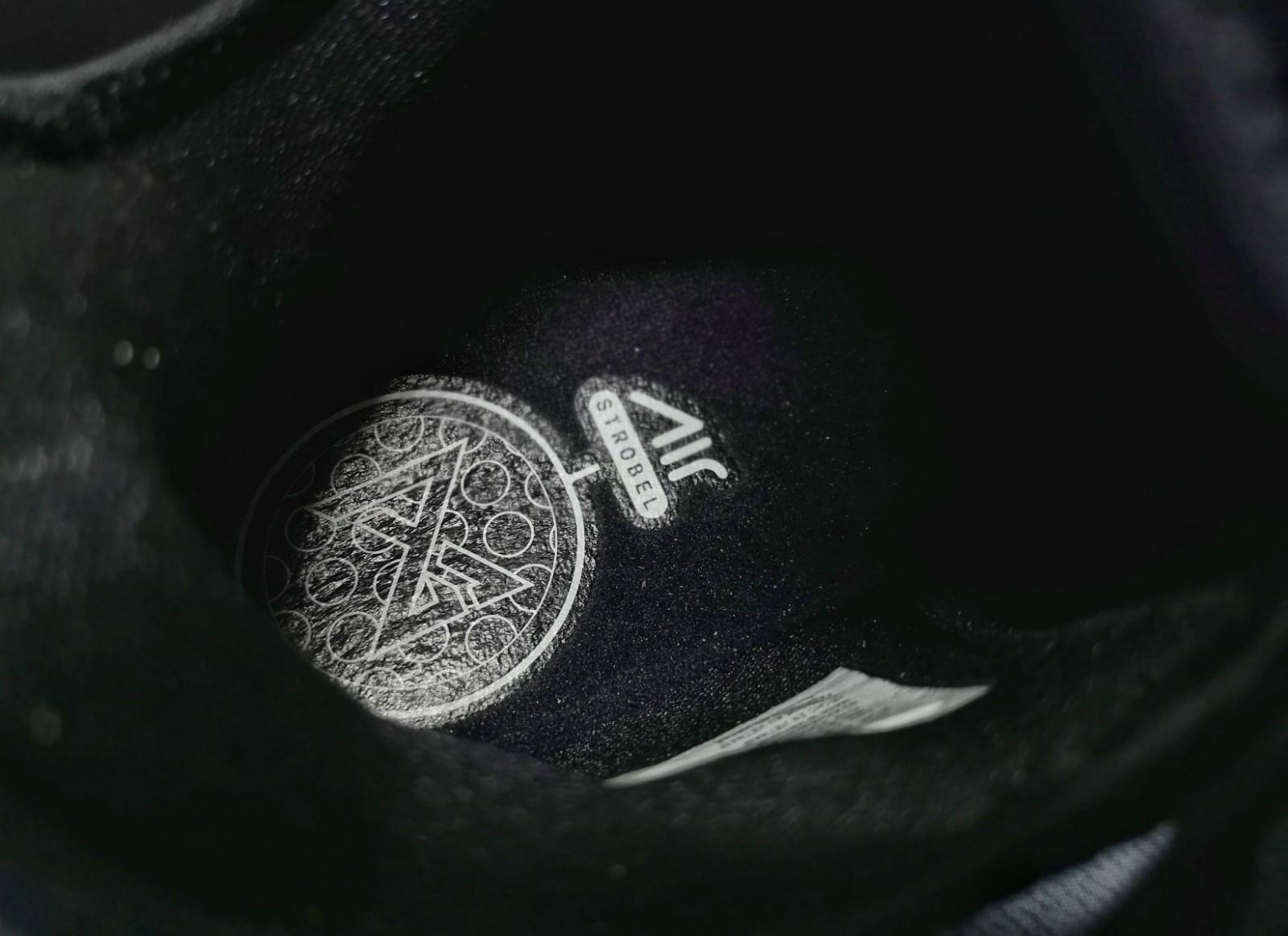 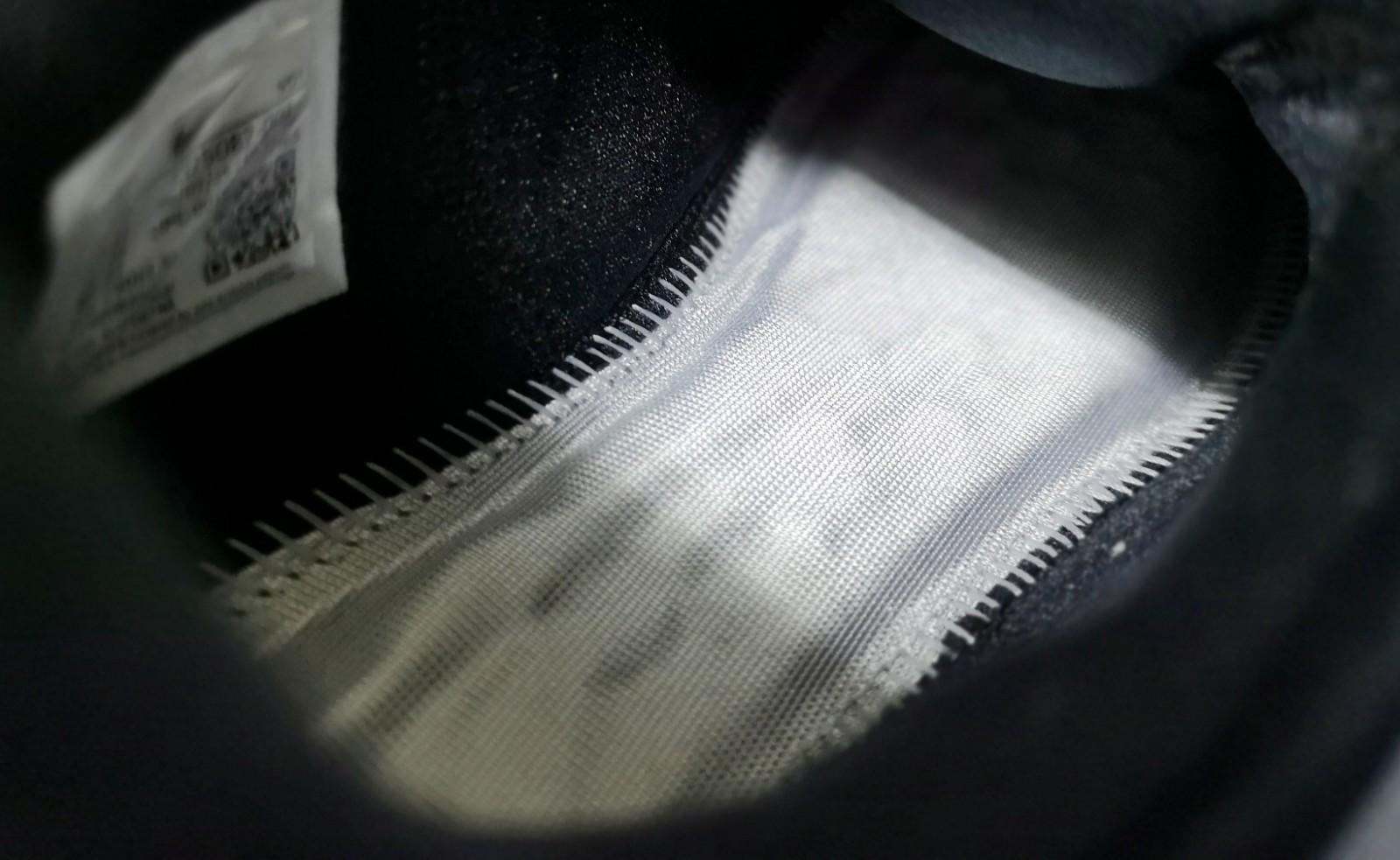 In the midsole of PG 4, the AIR SOLE area is expanded into a full-sole cushion, which has been mentioned. In comparison with that of AJ 12 or AF 1, it is far larger. 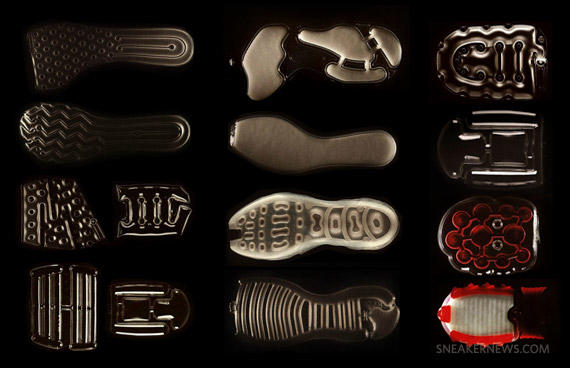 Below shows you the structure of the PG 4 and you can check or do some research if you are interested in this picture. 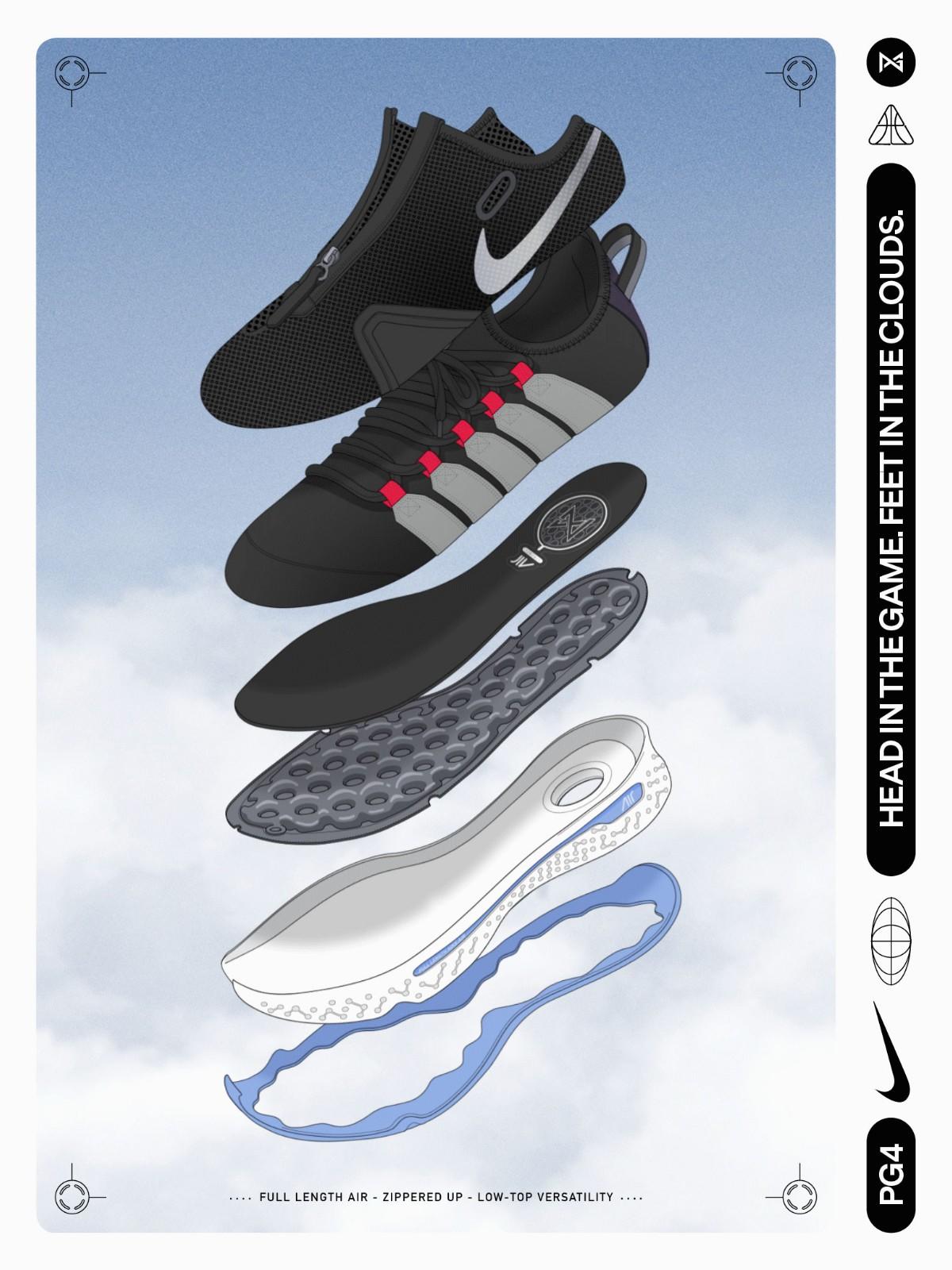 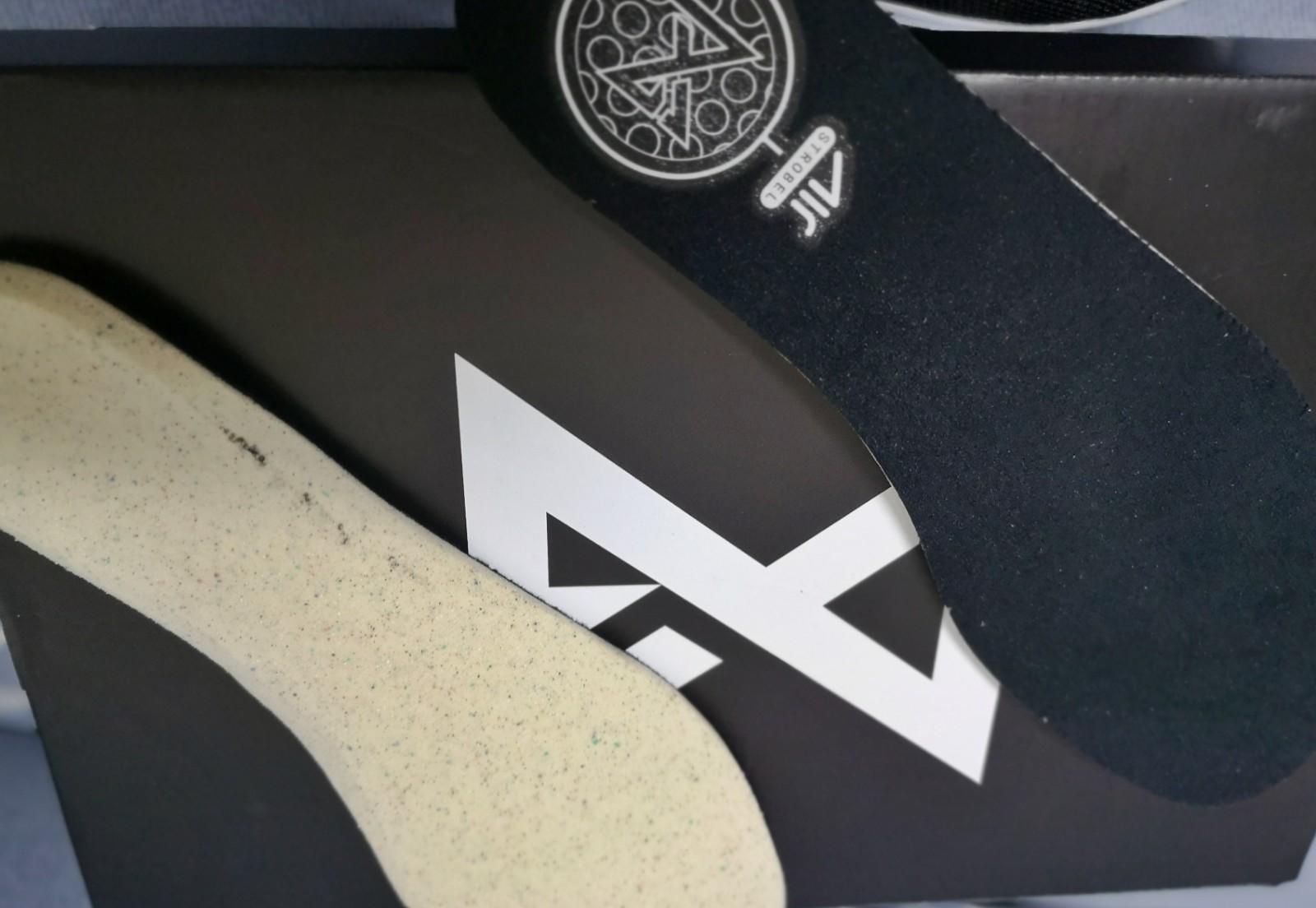 The shoe type of this shoe is a bit slender, so it is recommended that you choose a bigger size if you are to buy it. Using zipper vamp + sock cover type inside, the overall covering is quite good, but the vamp support is weak especially with the addition of the large mesh holes inside. And notwithstanding the large Phylon, the reactivity and stability are not the shoe’s strengths. 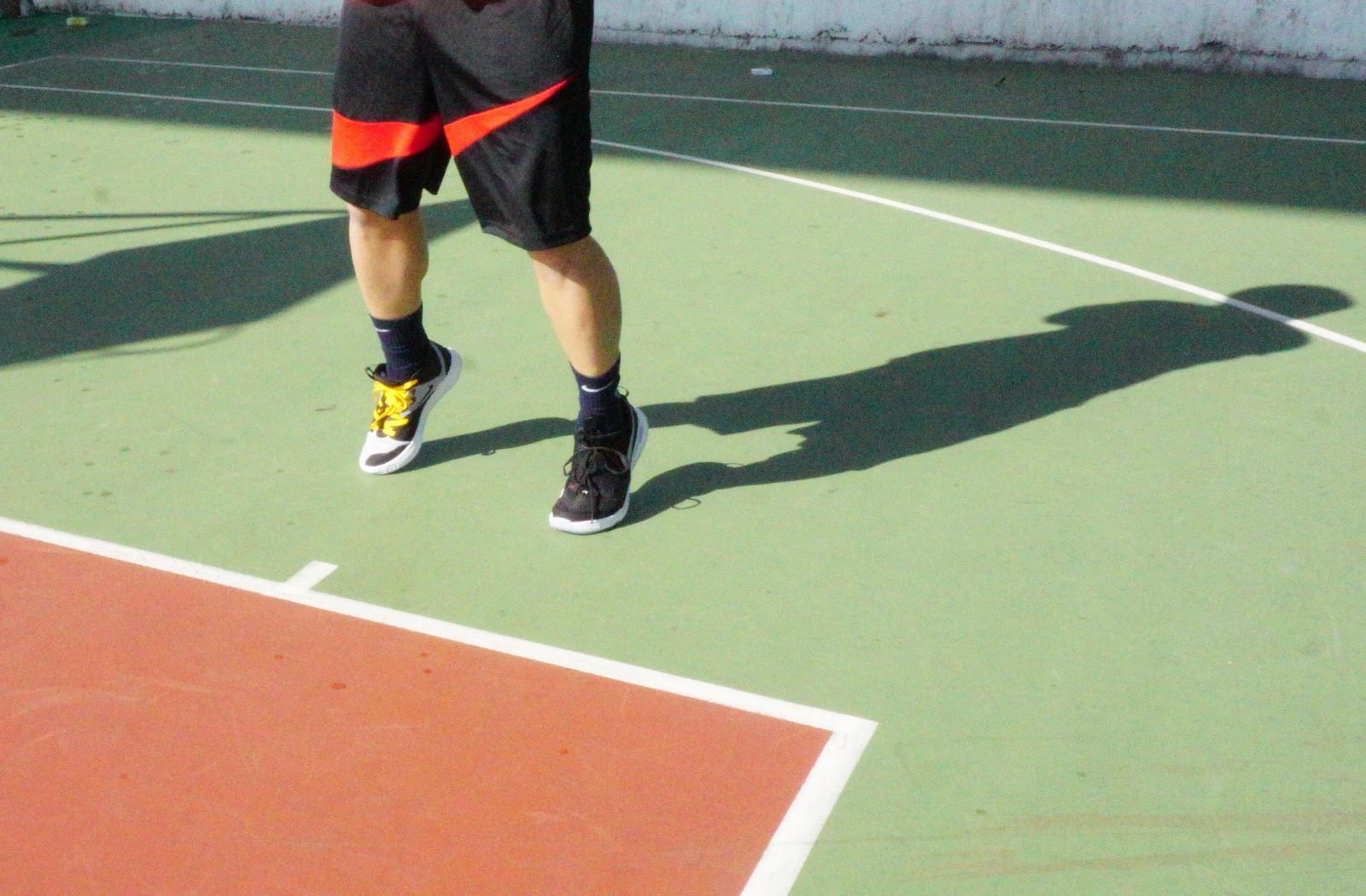 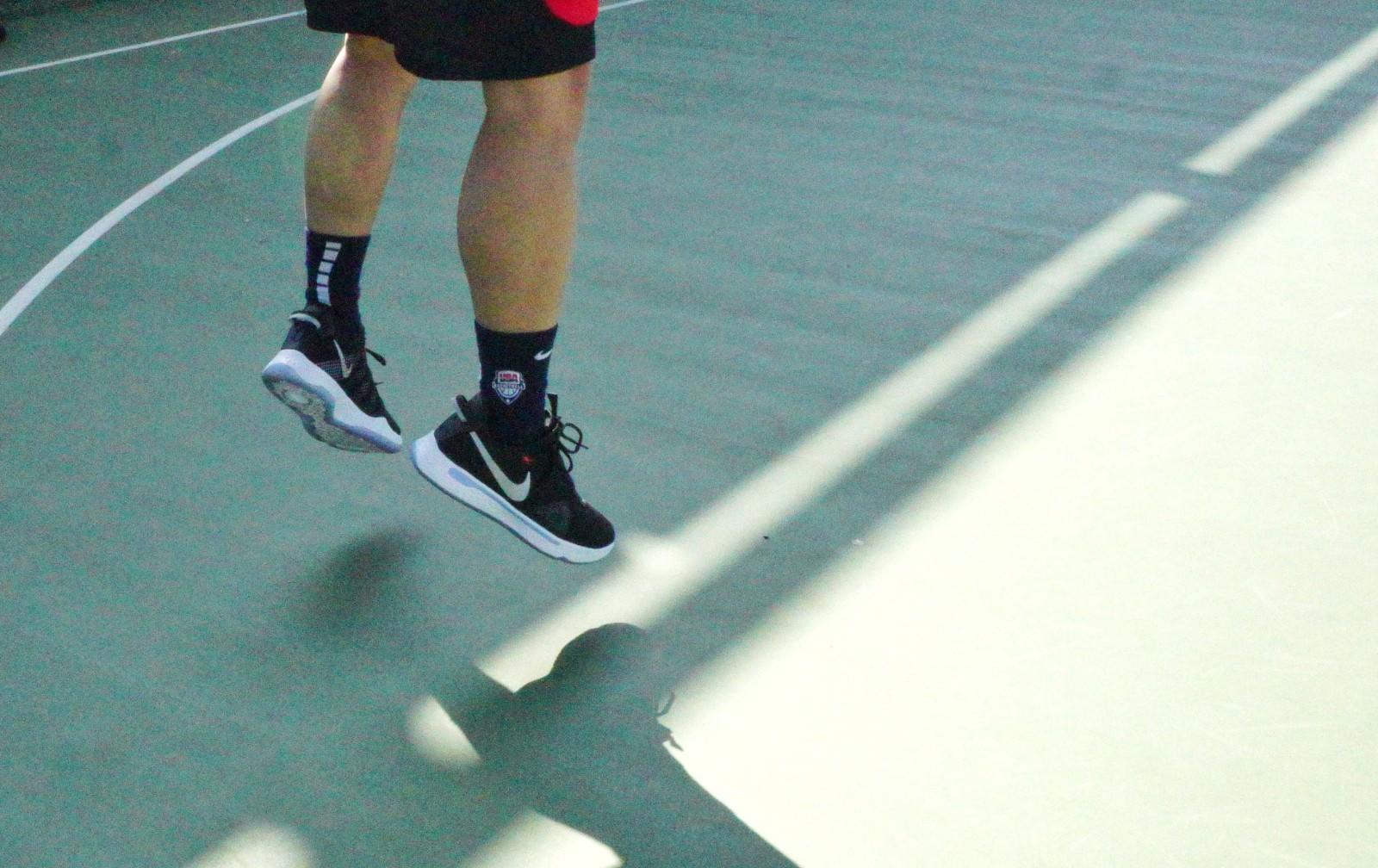 The characteristic of this PG 4 always reminds me of KD11  which is very soft but does a bad job in stability. It is suitable for those who like shooting. It’s a completely different type of shoes compared with  the first several editions of PG shoes and  the grip is great and I am sure the future editions will continue these advantages. For those who love reactivity and stability, I think you might as well try other shoes;but overall it has done a nice job.