I’ve just got this Nike Adapt BB 2.0 lately and after some testing, I think I have a say in talking about the shoes’  performances and it just turned out that the shoes have stood up to my intense tests. Here I am gonna to talk about it at large, so just keep on reading. 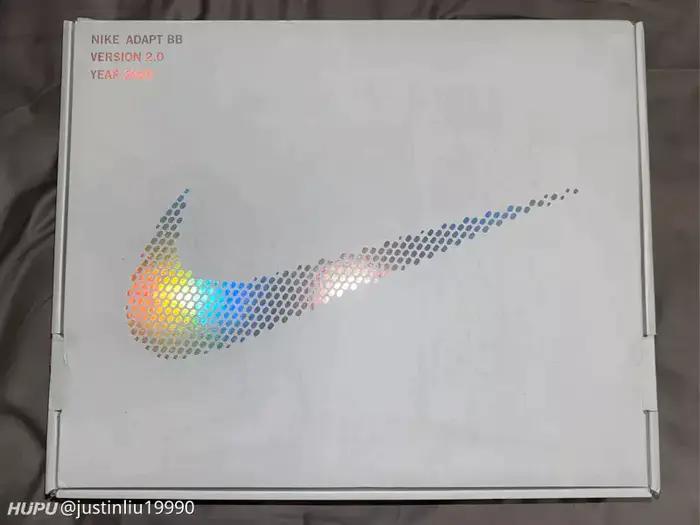 This is Nike Adapt BB 2.0 and its shoe box, having a different pattern on the surface,  is the same size as that of the Adapt Huarache. 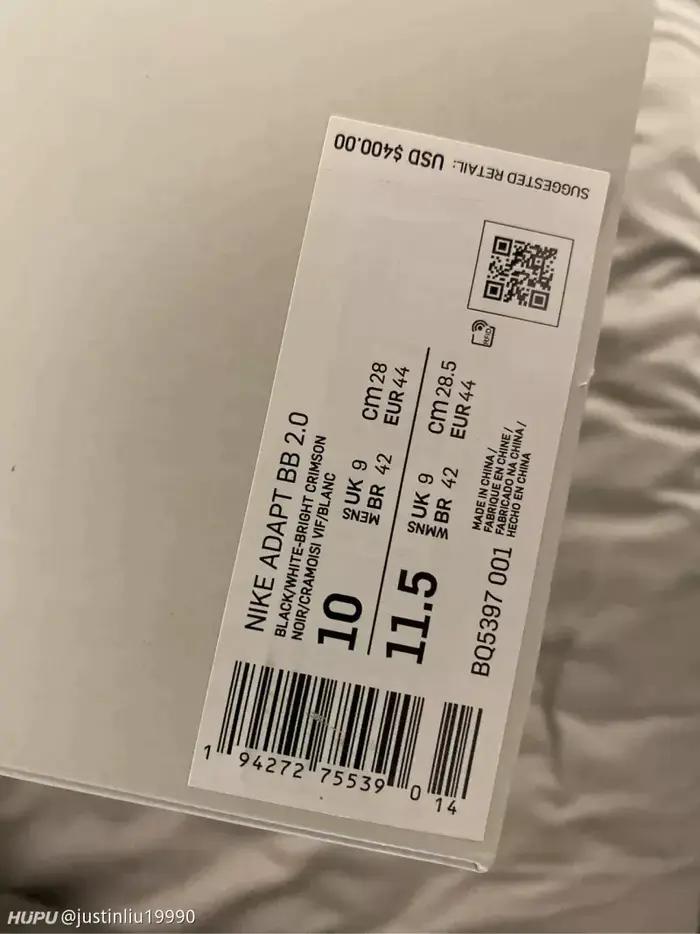 You must get surprised at its price if you go checking it on the Internet because you can not even imagine that figure. You are gonna to be shocked. 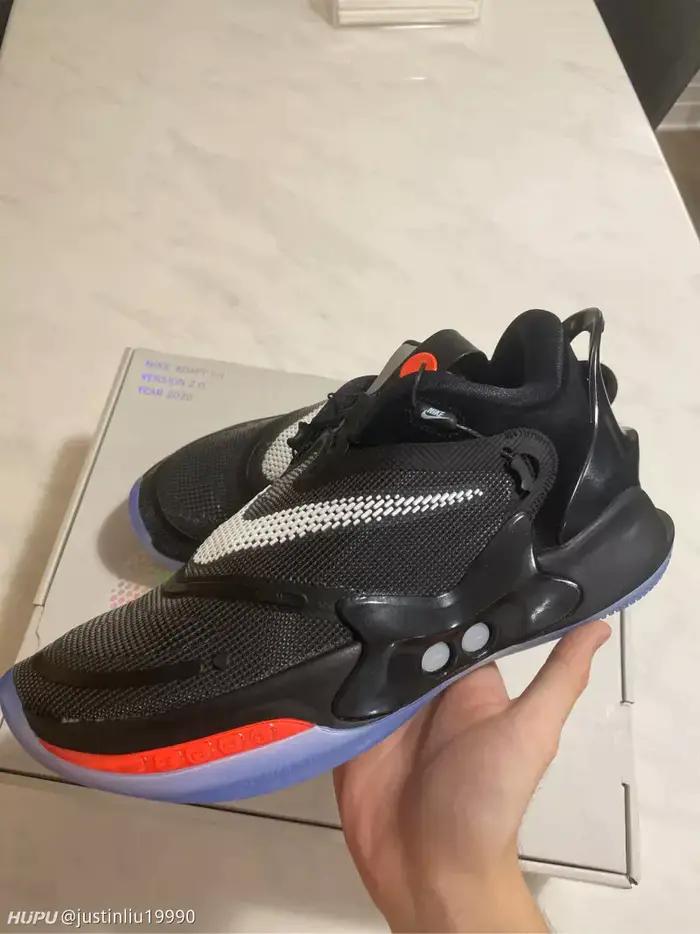 The very first feeling I got when I was holding it in my hand was “how could it be so heavy!” You couldn’t even imagine how disappointed I was at the moment. While the previous version of Adapt BB wasn’t that lightweight, this pair of Nike Adapt BB 2.0 in my hand is obviously much heavier.  And I think the heavy weight is largely due to the TPU on the midfoot and the heel part. However, after my testing the shoes, I felt relieved because I found that: be a shoe ever so heavy, it is performing nicely most of the time and in other respects and it lives up to the title of “good companion”. 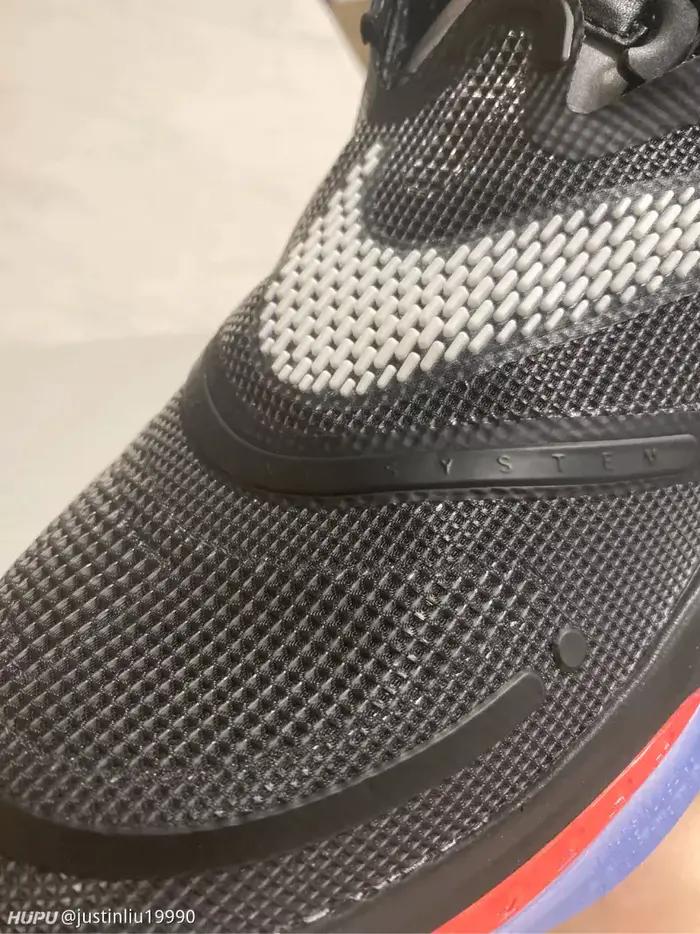 Unlike the Flyknit 1.0, Nike Adapt BB 2.0  uses a rubber-mesh vamp that improves durability. It sounds nice, right? However, the there is a flaw: the texture does not feel very good and if you care little about this, I don’t think it will be a deal breaker. 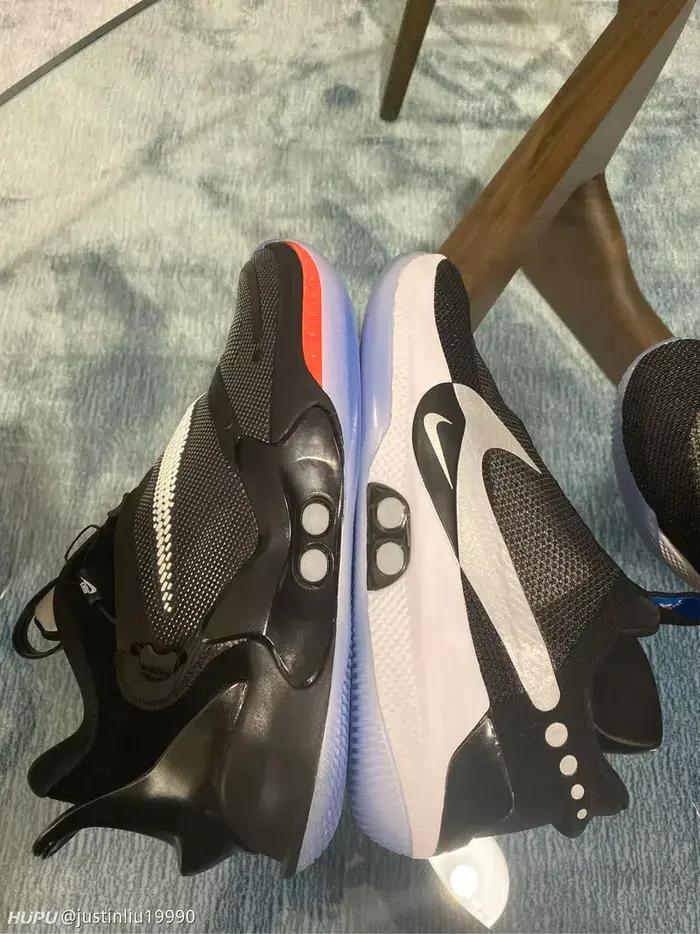 As is shown in the picture that the two versions have a similar shoe type which is pleasing to the eye. However, since the picture is here, some will make comparisons between the two and that is what I am going to do as well. The price of 1.0 has been  somewhat shocking let alone that of the second edition. So we’ll feel it a matter of course that Nike Adapt BB 2.0  should at least improve the quality of its setups whereas the fact turns out to be the opposite. Instead of reducing the price, it has even increased its price by $50.

However, let’s look at it from a different perspective. The main reason I only wore this pair 1.0 for a short time is that its wrapping really bothered me greatly so that I had to put it in my shoe closet and seldom take it out. As for the Nike Adapt BB 2.0, it attracts me in that its  split tongue design as well as the tpu in the collar make it very easy for me to put the shoes on and take them off. And what’s more fascinating is it has much more fantastic wrapping than the first version. But this, I think, may not be preferred by everyone because some may not like the tight feeling. 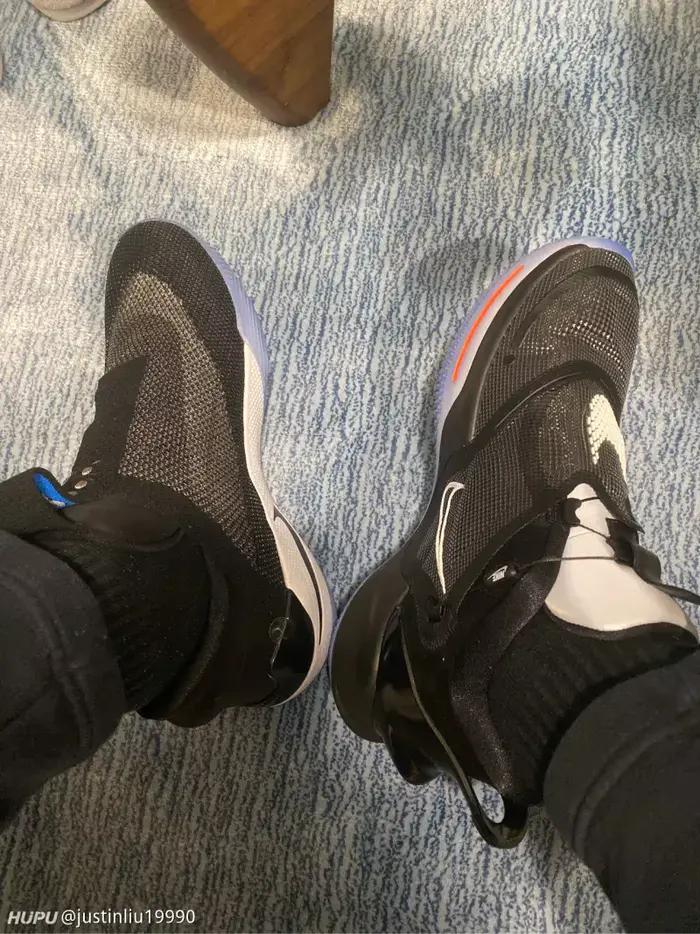 Overall:
One fatal problem of the shoe is there are many people consider it not cost-effective compared with oth shoes on the market. Anyway, whether a shoe suits you only you know, so do not go with the tide blindly. Maybe you will be given to it. To sum up, the above are all the feelings I had about this Nike Adapt BB 2.0 and if there appears to be more details not mentioned in the above, I shall share them with you as soon as possible.