Today, let’s have a look at the new Jordan basketball shoes–Jordan React Elevation. 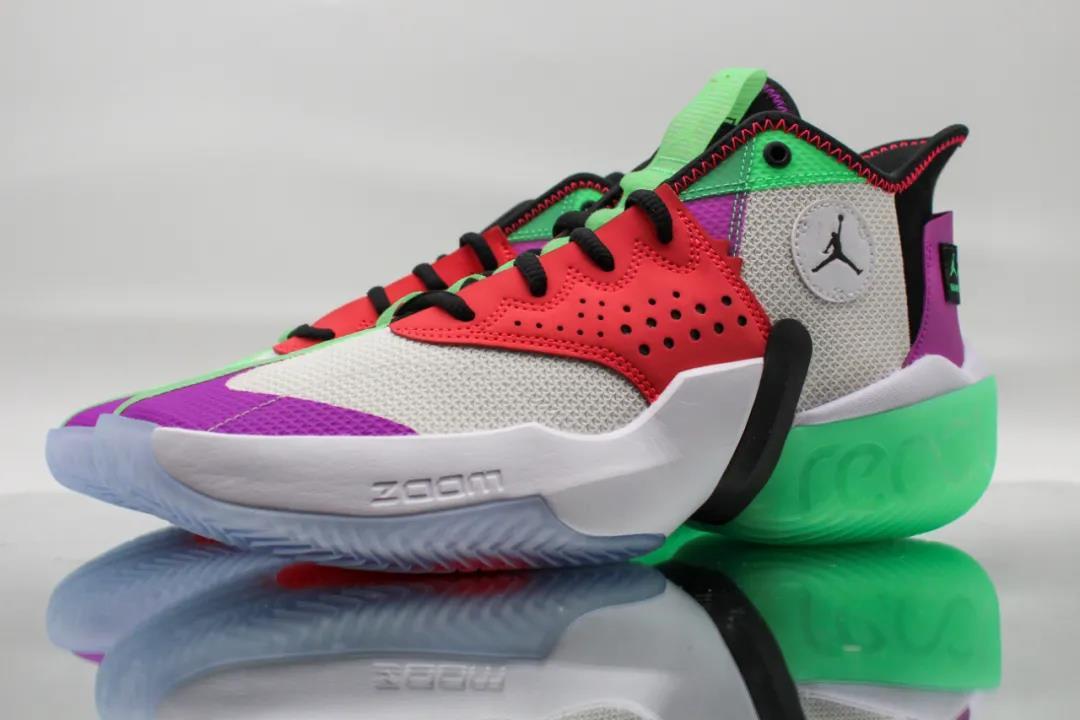 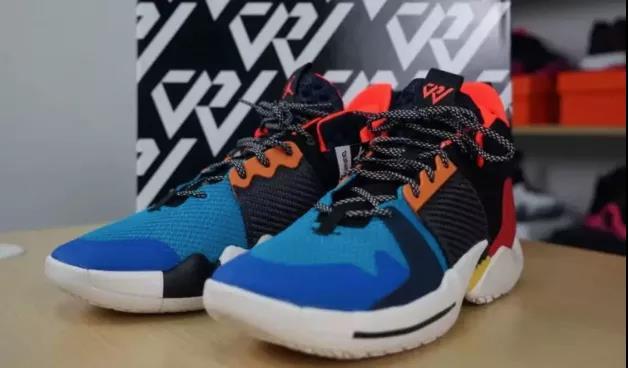 It’s called as Jordan React Elevation. The rear sole uses React. We can see React on the outside of rear sole. The green part of rear sole is React material. 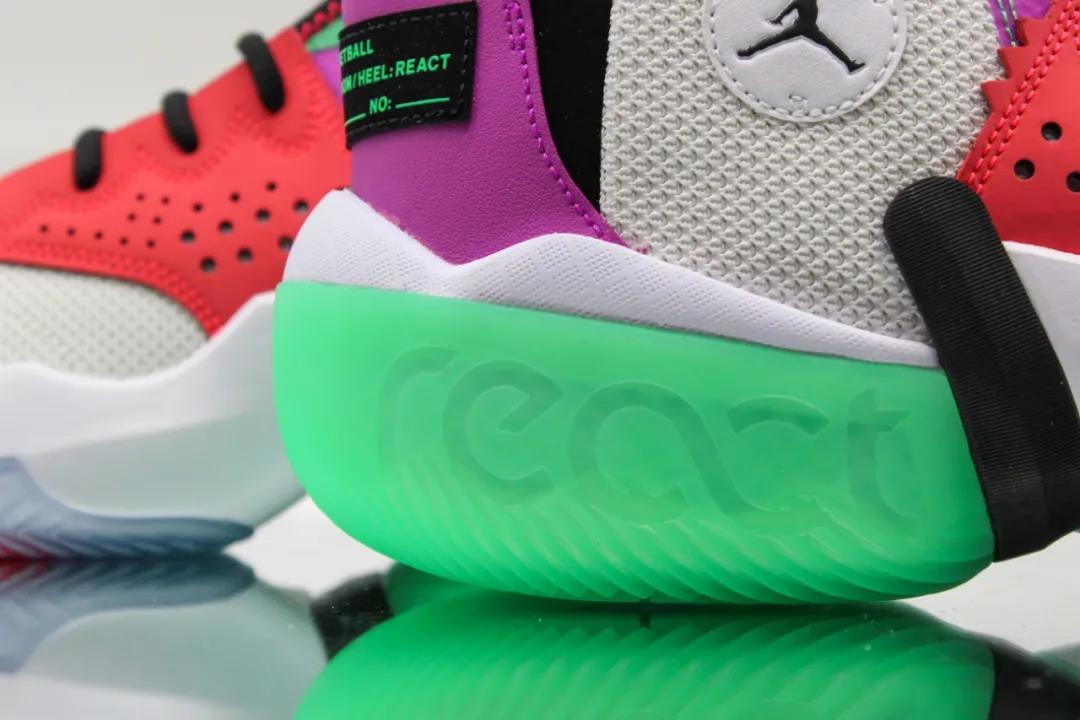 The green rubber can prevent the deformation of shoe heel. 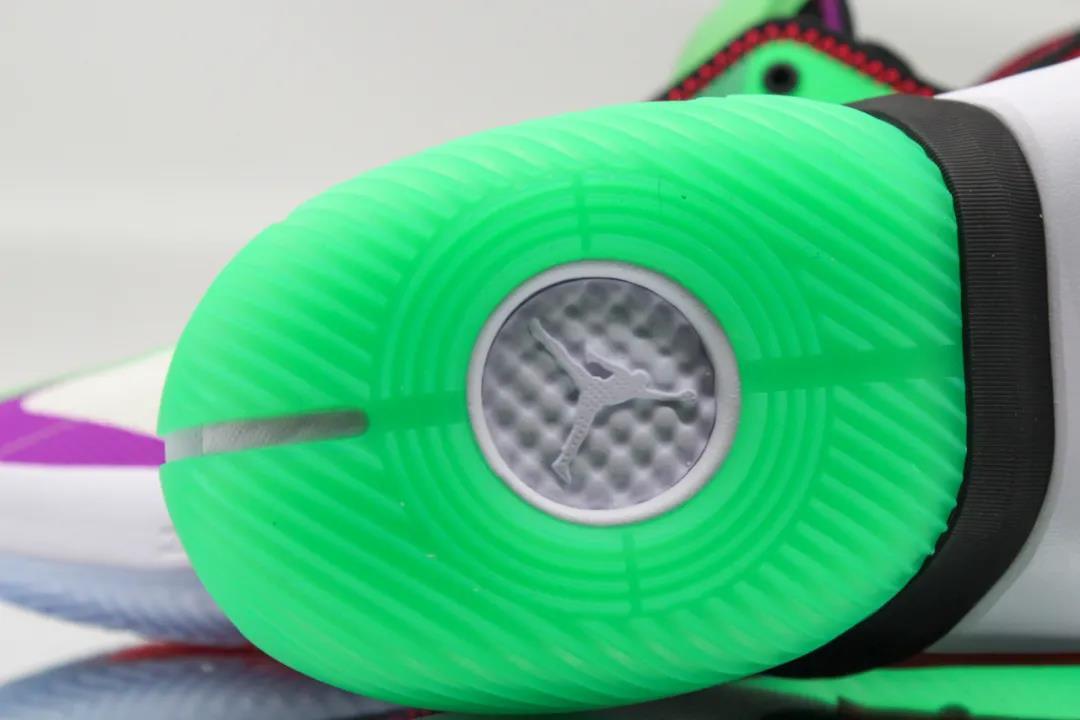 The forefoot of Jordan React Elevation is fan shaped Zoom Air Cushion. The area is the red part. 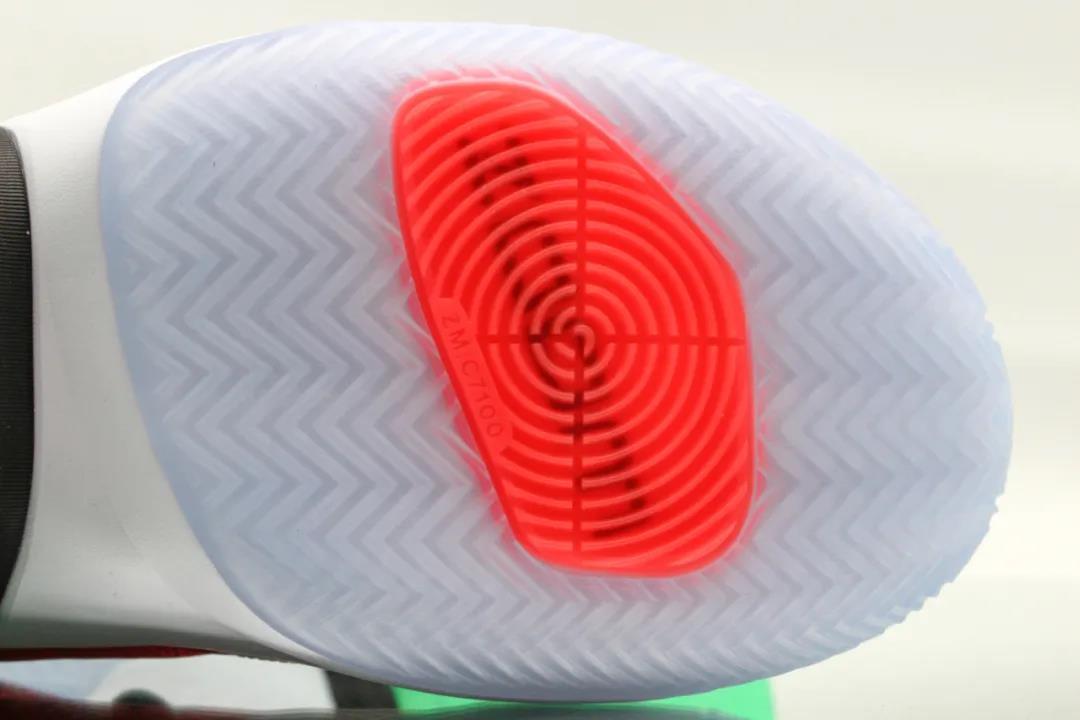 Actually, we can see the insole configuration on the leather of shoe heel. 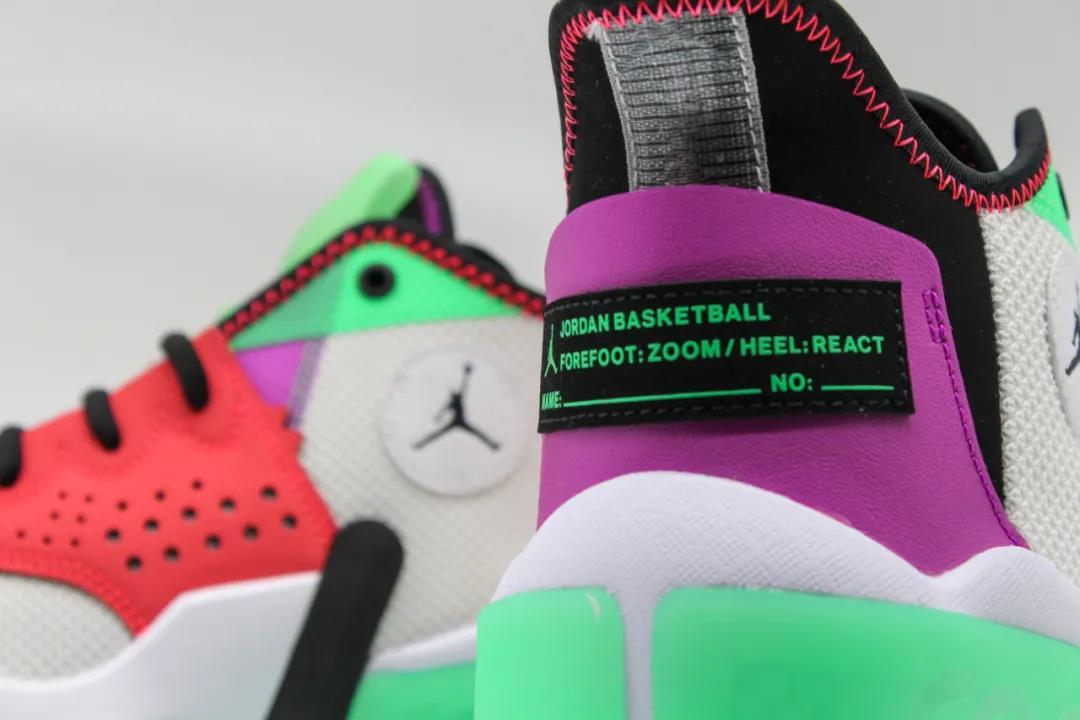 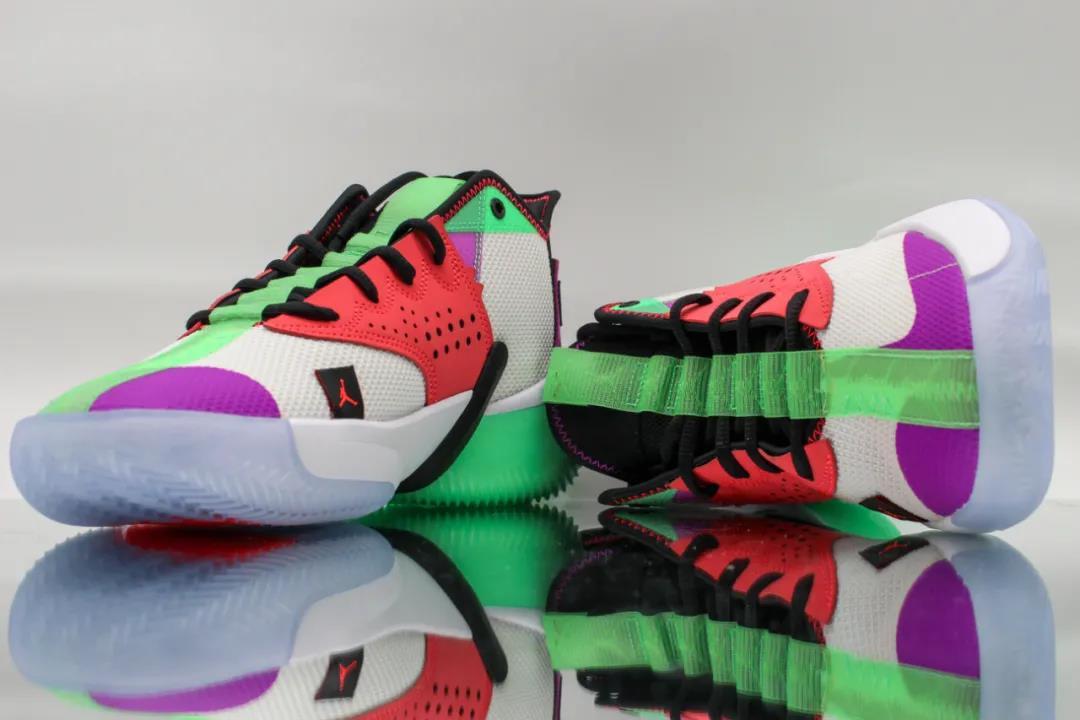 The collocation of ZOOM on forefoot and React on shoe heel let me think of Converse G4. But the cushion area of Jordan React Elevation is bigger than Converse G4. 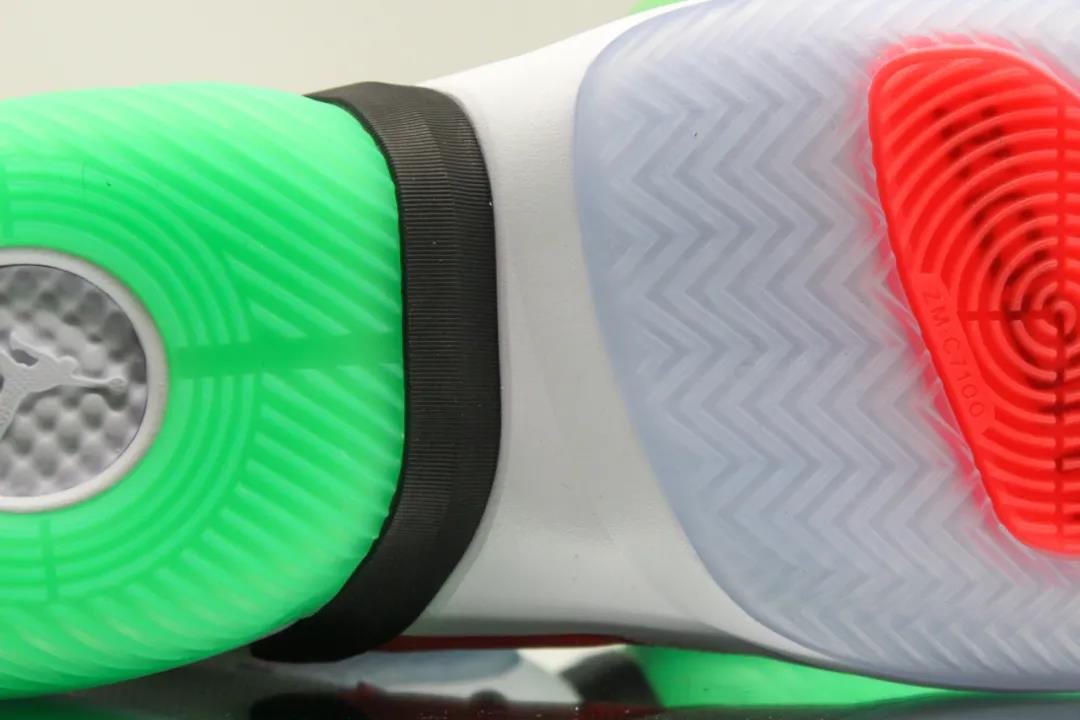 Many guys care about its anti-torsion performance. 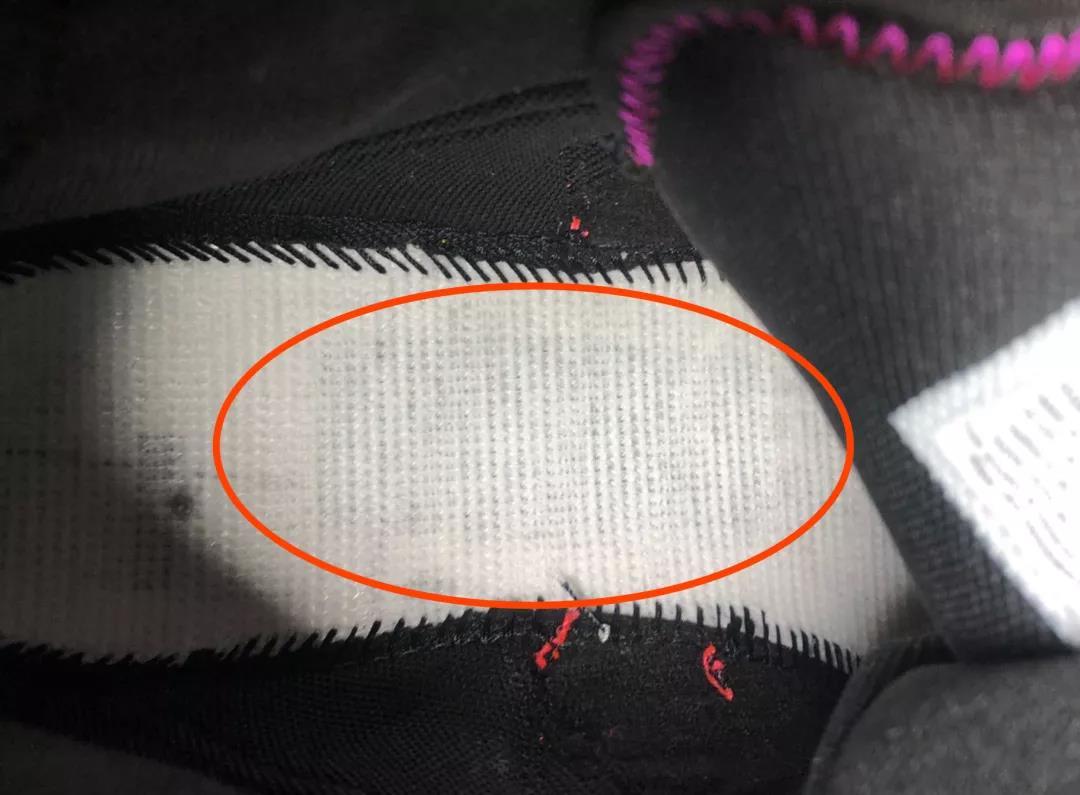 We can see the arch supporting plate under the shoe-pad. With this piece of black stiff rubber, it seems that the strength of Jordan React Elevation is good. 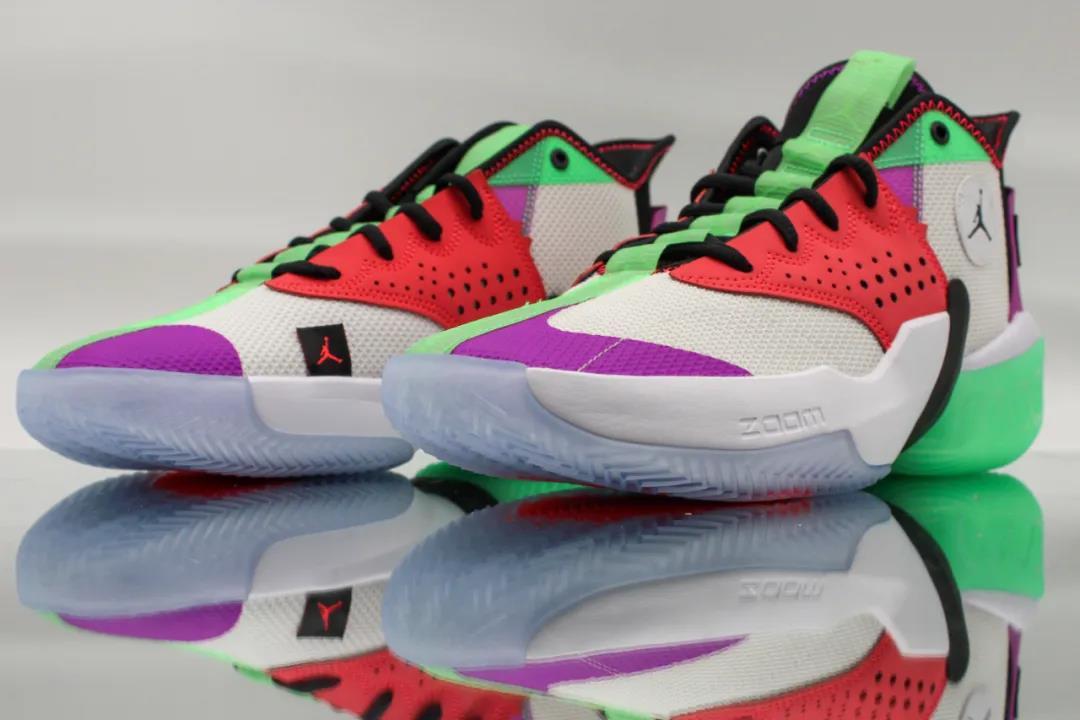 The vamp design of Jordan React Elevation is similar to Why Not Zer0 series. 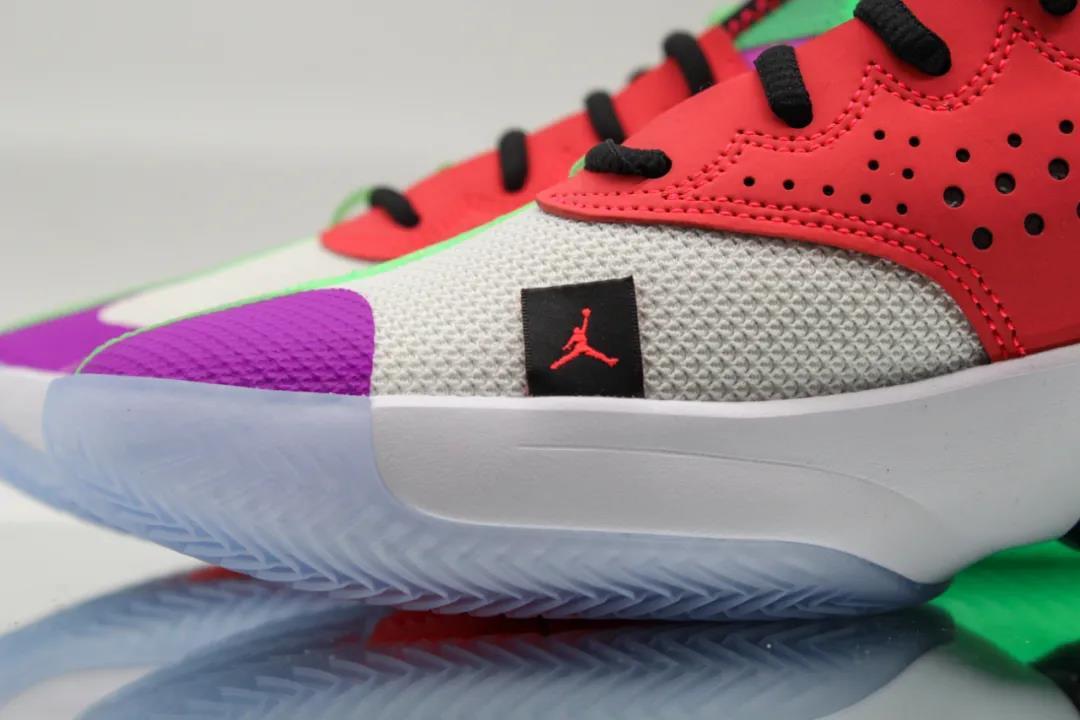 The main material of vamp is knitted material. 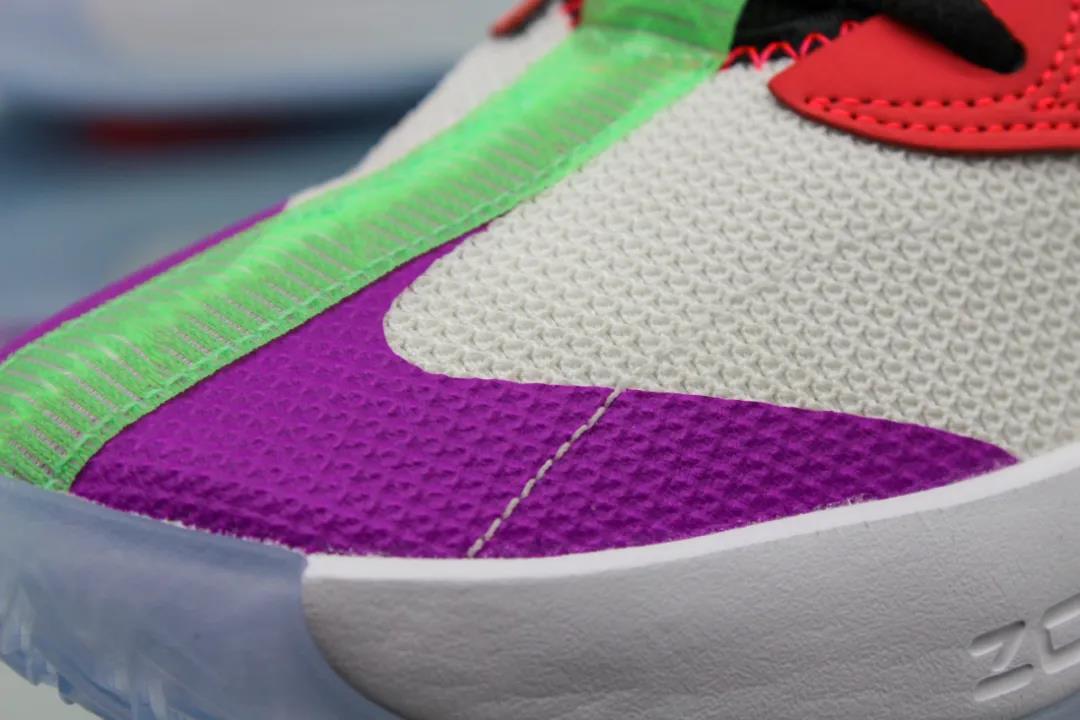 The purple part on shoe head is hot-melting reinforcement. 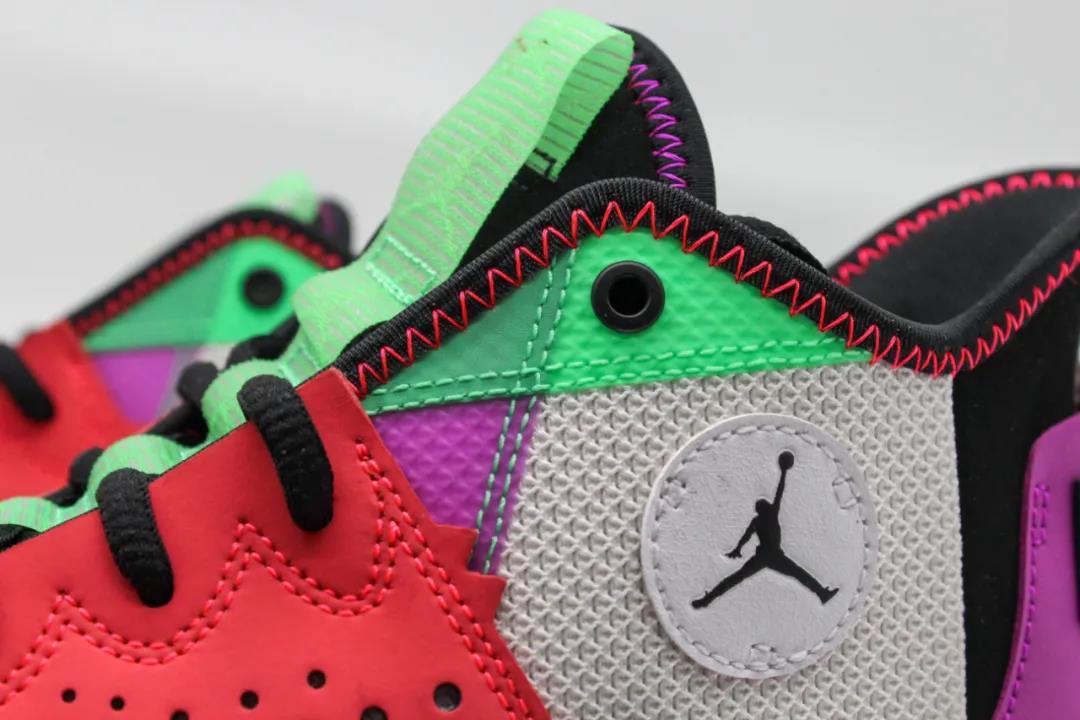 It has two pieces of leather on both side of vamp. With the shoelaces’ buckles, it can offer good support. 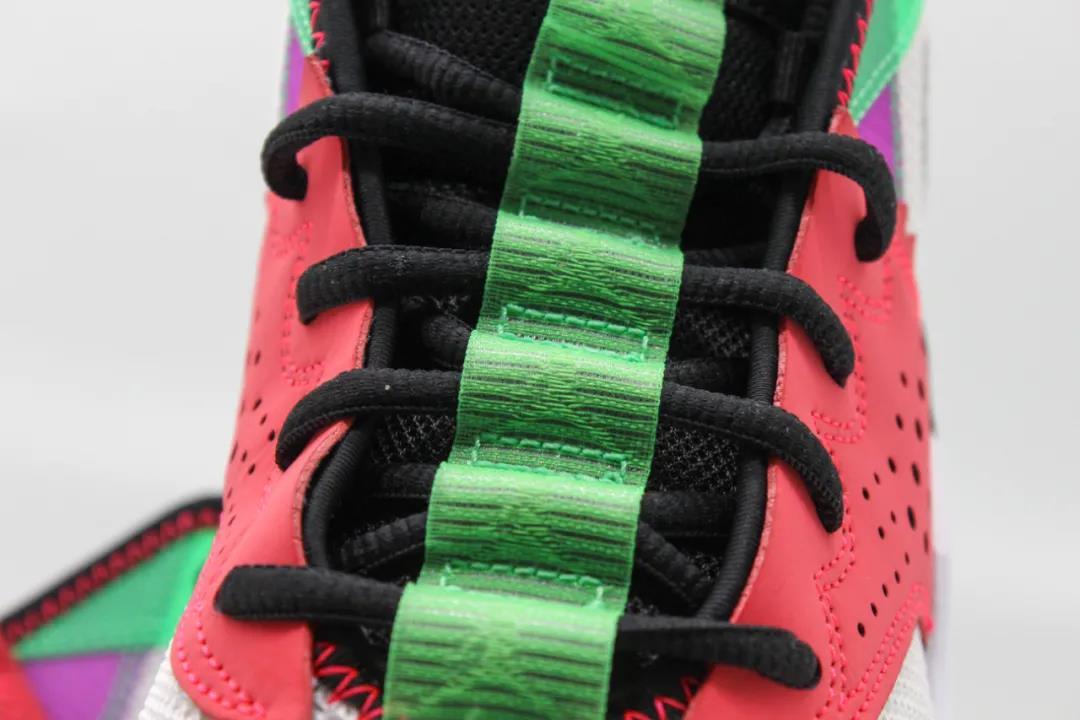 It has 6 couples of buckles. The 5th buckles are hidden on the inner side of vamp. It has purple and green hot-melting reinforcement on the outside of 6th buckle. 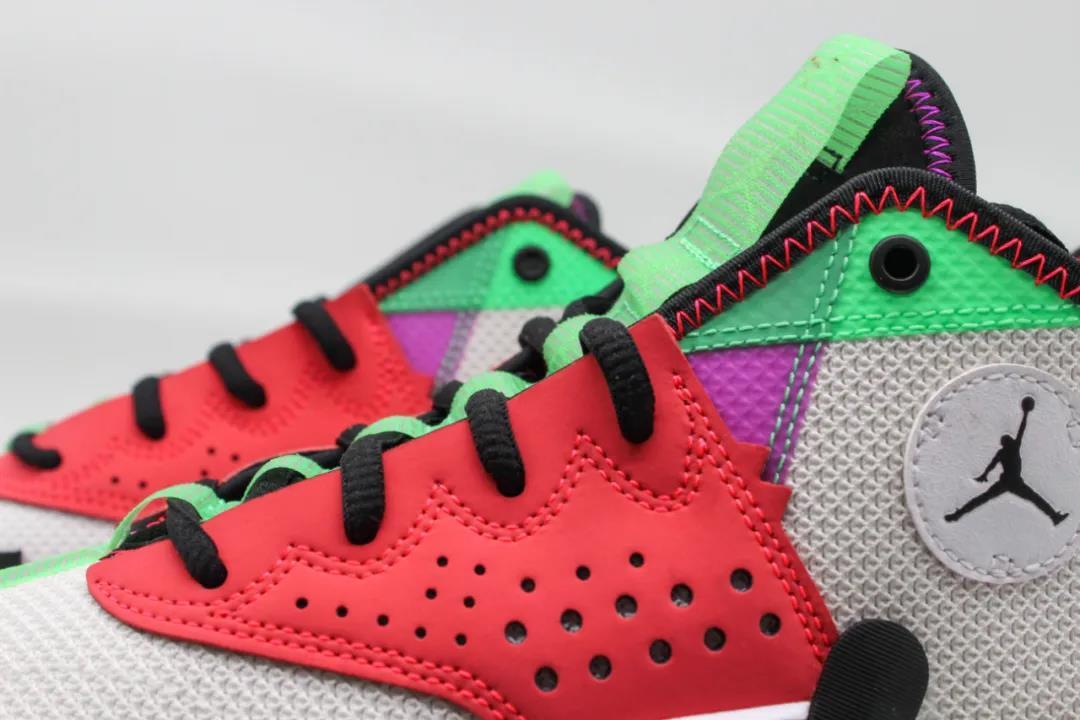 It has a piece of green knitted material on the middle of vamp. And it also has Jumpman logo. 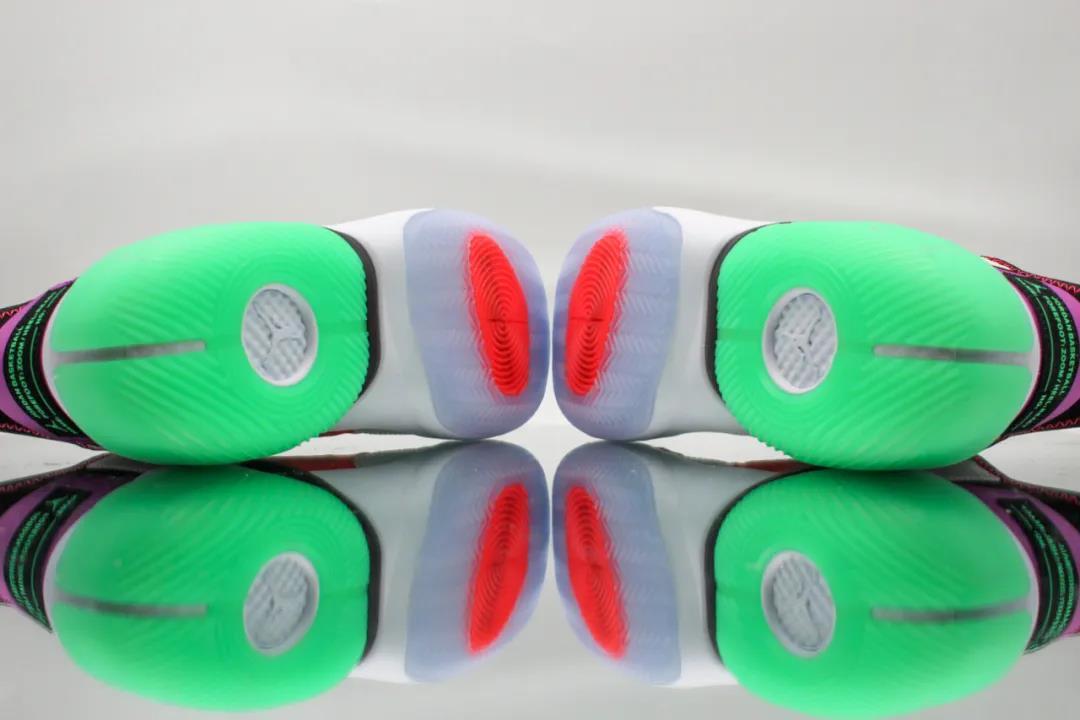 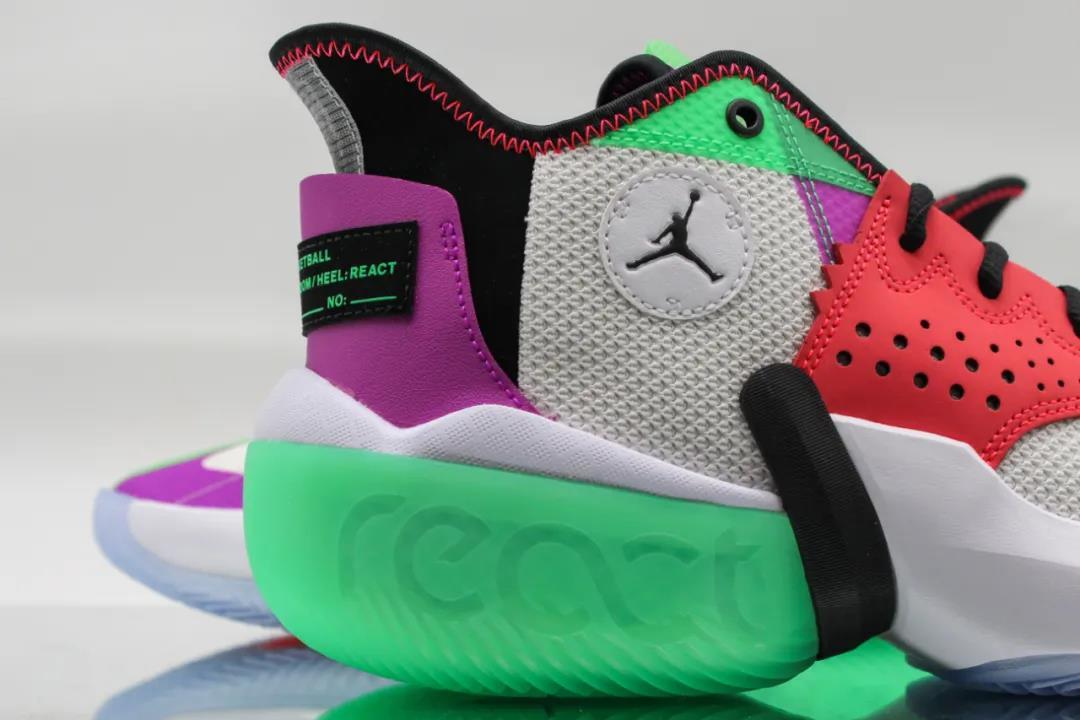 The forefoot outsole is herringbone design and the rear sole is helical slanting lines. 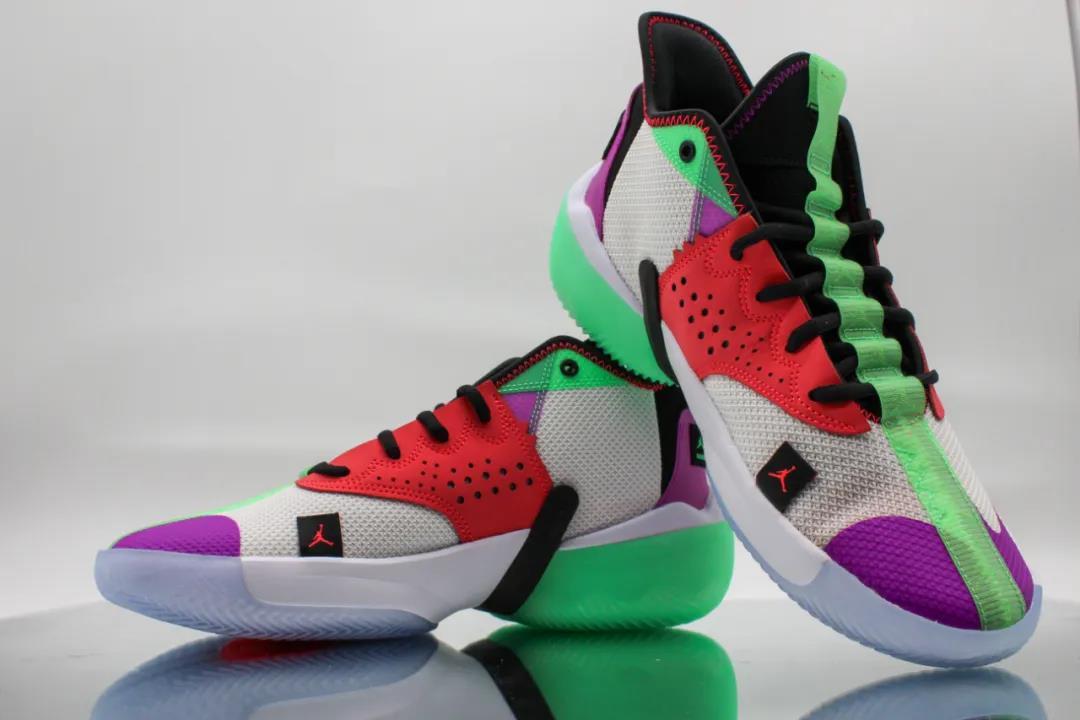