It’s unfortunate that KD made an early exit, because his newly revealed Nike KD 15 signature shoe was expecting to get some heavy rotation during the Playoffs. Now, you’ll have to rely on us to give you first looks at upcoming Nike KD 15 colorways, like this Psychic Purple/Dark Marina Blue that features a patterned exterior on the 3D-printed heel. The KD 15 has earned some positive first-look reviews thus far, and these are only adding to the anticipation as it looks to release later this summer. 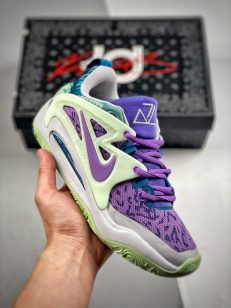