While the brand has been experimental thanks to the likes of the fragment design collaboration and the recently released “Shattered Backboard” colorway, the Jumpman is still focusing on the OG goodies too. The Air Jordan 1 Retro High OG “UNC” will be returning for the first time since releasing in 1985. It’s rather seldom an original colorway stays locked away in the Jordan Brand vault for so long, but the Tar Heels inspired look did just that. Now three decades after originally releasing, you’ll get a chance to grab the pair later this year in the freshly minted ‘Remastered’ process. A Light Powder Blue upper meshes flawlessly with white while the original Nike Air branding returns to the tongue ta 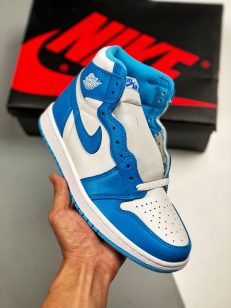